Last week saw the installation of ESA’s next-generation life-support system on the International Space Station. The new facility recycles carbon dioxide in the air into water that can then be converted into oxygen reducing supplies sent from Earth by half.

Installing the life support rack in NASA’s Destiny laboratory is no easy task as the facility is larger than a human being and weighs over 650 kg on Earth. In addition many cables and pipes need to be connected to the Station’s infrastructure – including a pipe that vents waste methane from the recycling process directly into space.

ESA astronaut Alexander Gerst set up the air and water drawer of the facility, including part of the Sabatier reactor on 10 September but was given an extra helping hand from ground control with an operational aid called the ‘mobile procedure viewer’ or mobiPV.

Usually an astronaut would have a computer nearby with step-by-step instructions to follow, but anybody who has tried repairing their car or even assembling furniture will agree this way of working has room for improvement – laying down tools to consult instructions is time-consuming and interrupts the work flow.

ESA’s solution to this problem sees astronauts wearing a smartphone on their wrist that connects to the Space Station’s procedure library and shows the instructions on-screen. Alexander could concentrate on the work at hand, without going back and forth to the computer. 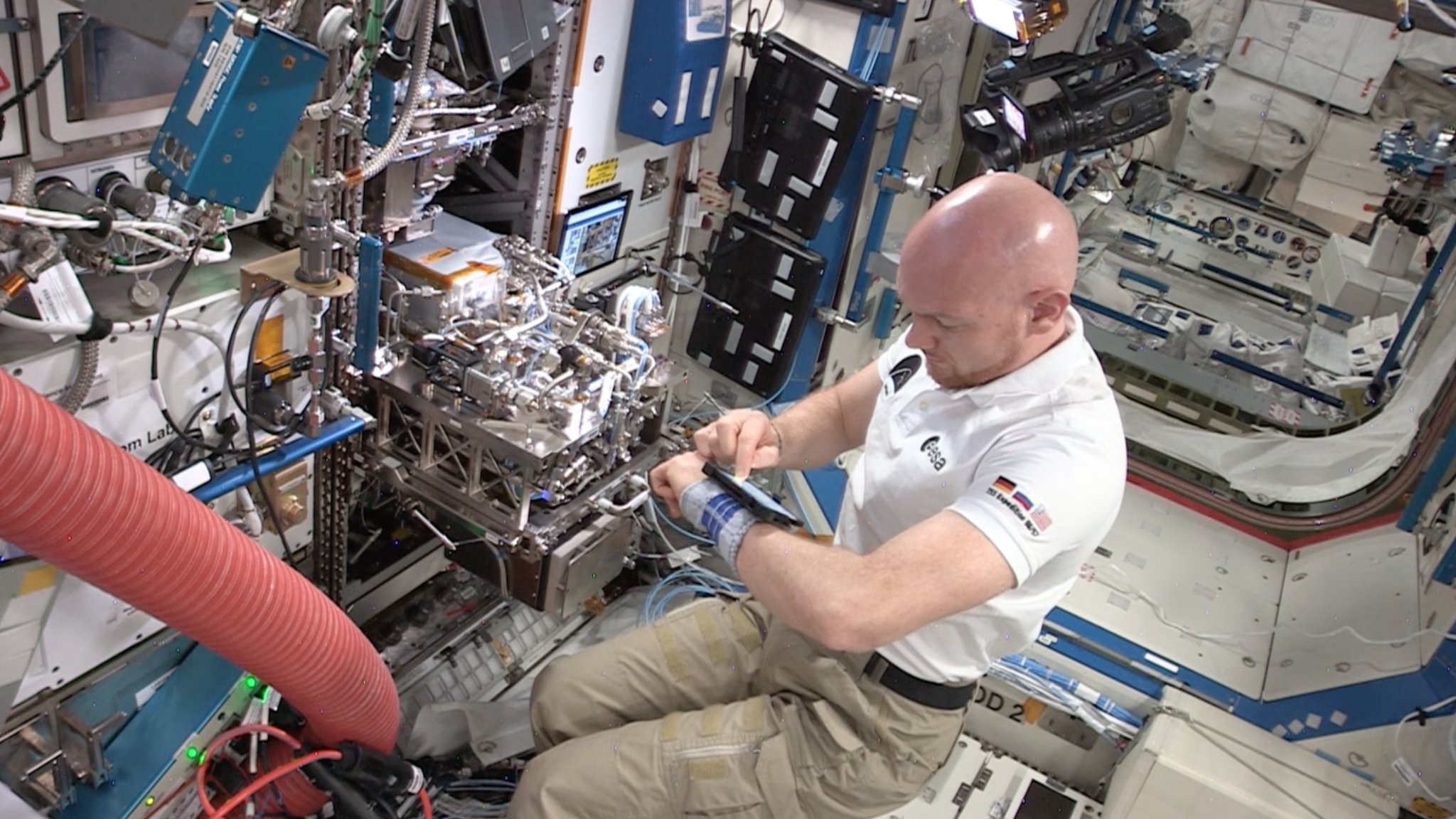 Three sites in Germany were all connected and had full awareness of the installation as Alexander progressed step-by-step: the Columbus Control Centre near Munich, the European Astronaut Centre near Cologne and the facilities’ manufacturer Airbus in Friedrichshafen.

As the Space Station orbits Earth it loses radio contact for periods of up to eight minutes at a time. Alexander continued working during the periodic loss of signal but once communications were reestablished, mobiPV automatically and quickly brought all four teams up to speed.

Alexander worked efficiently with support from experts on ground throughout installation commenting during the experiment: “Great work to the whole development team. I did the whole procedure off mobiPV and it worked even better than I expected.”

David Martínez, lead ESA engineer for MobiPV comments “It was a great day to see our product work so well to help an astronaut install such complex hardware in space, making his life easier and also doing our part for future exploration.”

As humans venture farther from Earth such as to a lunar gateway, life-support and communication with ground control will only become more challenging but last week’s operations on the Space Station are paving the way for exploration of our solar system where greater autonomy and hands-free operations are important for planetary operations.