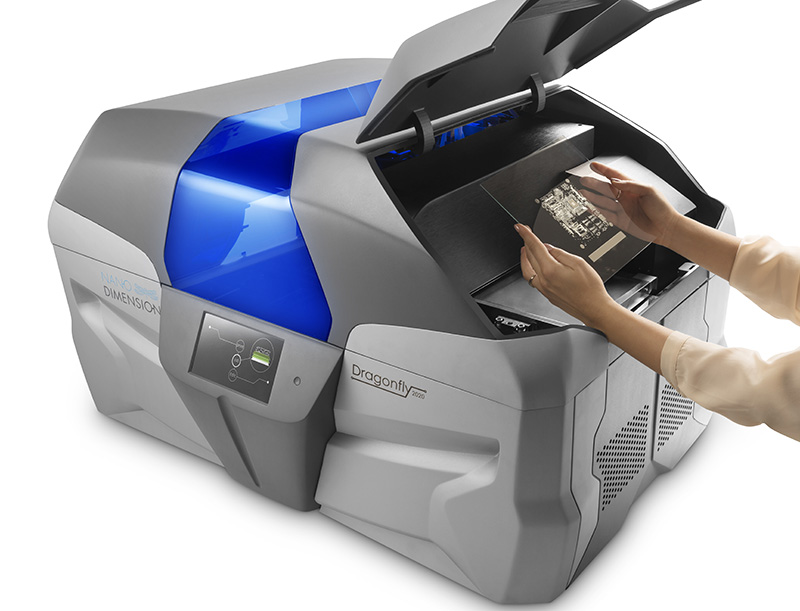 Israeli company Nano Dimension was founded in 2012 with the aim of advancing the development of 3D printed electronics, including a printer for multilayer printed circuit boards (PCBs), and the development of nanotechnology-based inks.

The company’s goal became a reality when it officially unveiled the DragonFly 2020 in November at Printed Electronics USA 2015. More recently, Nano Dimension introduced the printer to a larger audience at SolidWorks World 2016, which ran from January 31 to February 3 in Dallas, Texas.

Using a combination of SolidWorks 3D design software, Composer and PDM Professional, Nano Dimension was able to visualize the DragonFly 2020 3D printer and its components with accurate 3D illustrations of the design and renders of the product before actual production.

“In addition to helping with the design, SolidWorks enabled the simulation and verification of our 3D models for the DragonFly 2020 3D Printer, which was critical in helping us achieve accurate component dimensions, select the best materials for the system, and define its performance,” said Simon Fried, chief business officer and co-founder of Nano Dimension.

The DragonFly 2020 is not expected to be commercially available until the end of 2016; however, the concurrently developed conductive nano inks known as AgCite are presently available.