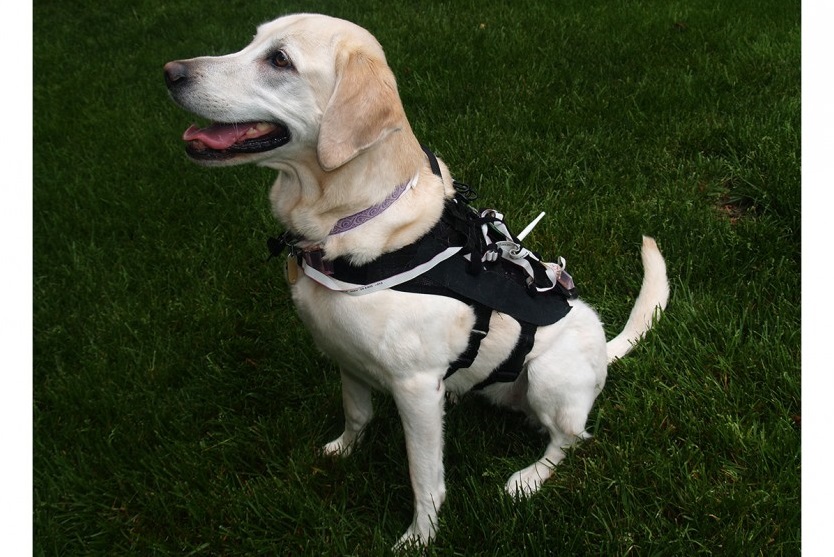 The Internet of Things is everywhere: connected speakers, connected kitchen appliances, connected stuff you lost in your car. With this new project, the IoT has officially gone to the dogs.

North Carolina State University developed a smart dog collar that does the training for you. The smart collar – a canine wearable?  – keeps track of whether the dog is sitting or standing. It works the same way as when a human teaches a dog to sit by rewarding correct behavior with a treat: whenever the dog sits, the small computer on the collar dispenses a dog treat and a presumably pleasant beeping sound.

This way, when a human trainer commands the dog to sit, the reward will be automatically dispensed. One of the most important considerations for the researchers who developed it was the timing. The algorithm needed time to make sure that it was registering the correct puppy posture, but the dog’s attention span was shorter than the processing time. The researchers had to compromise with a system that is 96 percent accurate, and dispenses treats in a time frame appropriate to reinforcing positive behavior.

Although human trainers identified whether the dog was sitting or standing more quickly than the computer, the researchers say that a precise rate of response also helps the lessons stick.

“Because the technology integrates fundamental principles of animal learning into a computational system, we are confident it can be applied to a wide range of canine behaviors,” said Alper Bozkurt, assistant professor of electrical and computer engineering at North Carolina State University and co-author of the paper.

In particular, they suggest it might be good for particularly regimented training programs such as service dog schools.

“In the long term, we’re interested in using this approach to animal-computer interaction to allow dogs to ‘use’ computers,” said David Roberts, co-author on the paper and an assistant professor of computer science. “For example, allowing an explosive detection dog to safely and clearly mark when it detects components of a bomb, or allowing diabetic alert dogs to use their physical posture and behaviors to call for help.”

Their findings were published in the International Journal of Human-Computer Studies.