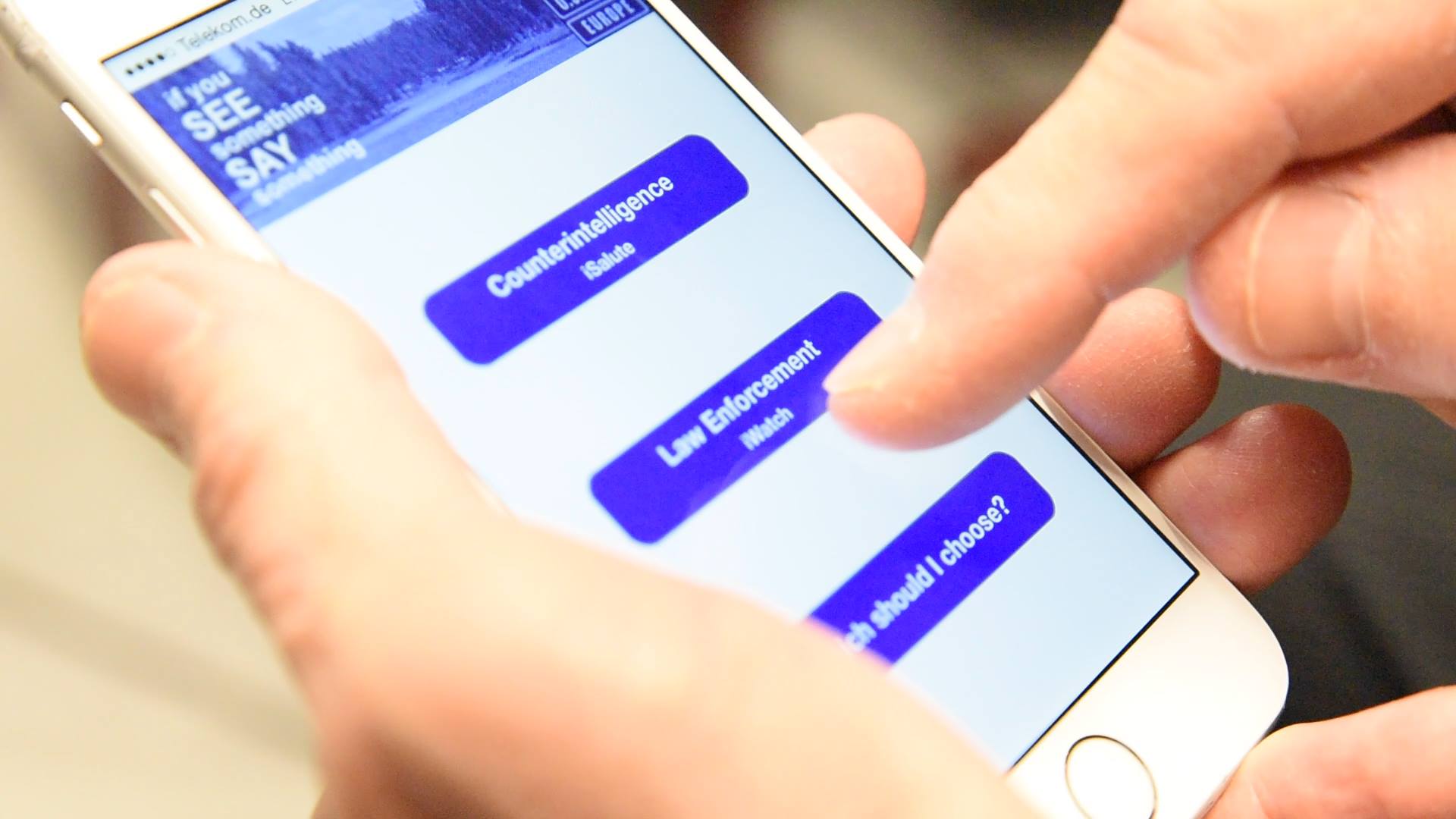 The U.S. Army Europe counterintelligence division has officially released a new smartphone application to facilitate the “if you see something, say something” reporting process for service members, civilians, contractors and Family members in Europe.

“iReport was developed to take advantage of today’s smartphone culture. It is an application that we want everyone to have on their smartphone so they can quickly and easily report suspicious behavior,” said Bryan Eisenhardt, a U.S. Army Europe counterintelligence coordinator.

Eisenhardt also explained that the application can be used for reporting low-level suspicious activity that authorities may want to know about.

The homepage for the application offers two ways of reporting suspicious activity.

The second way of reporting through the applications is going directly to local law enforcement.
The application suggests you send a report if you, “see suspicious or unusual activity” such as someone hiding in odd areas, someone who may be planning a potential threat, or someone taking unauthorized photos of military bases.

Counterintelligence personal additionally state that if you see immediate and escalating incidents, these incidents should be reported to local and military police immediately, which can also be done on the application or by simply calling the local authorities.

“The U.S. Army Europe iReport application is available for free download and we encourage everyone to download it for the Apple [application] Store, Google Play, or Microsoft Store,” Eisenhardt said.