One of my favorite Internet pastimes is looking up videos of military servicemen and women coming home to their floppy, four-legged friends after deployment: the unbridled excitement, the tail wagging, the jumping, and the slobbering—it will bring a tear (or tears, if you’re me) to your eye.

Similarly, canines employed by the military will forge strong bonds with their human handlers. Suffice it to say, the friendship between man and beast (which creates a strong basis for trust and communication) is critical to a mission’s success—not to mention the joy it brings to those who are deployed. 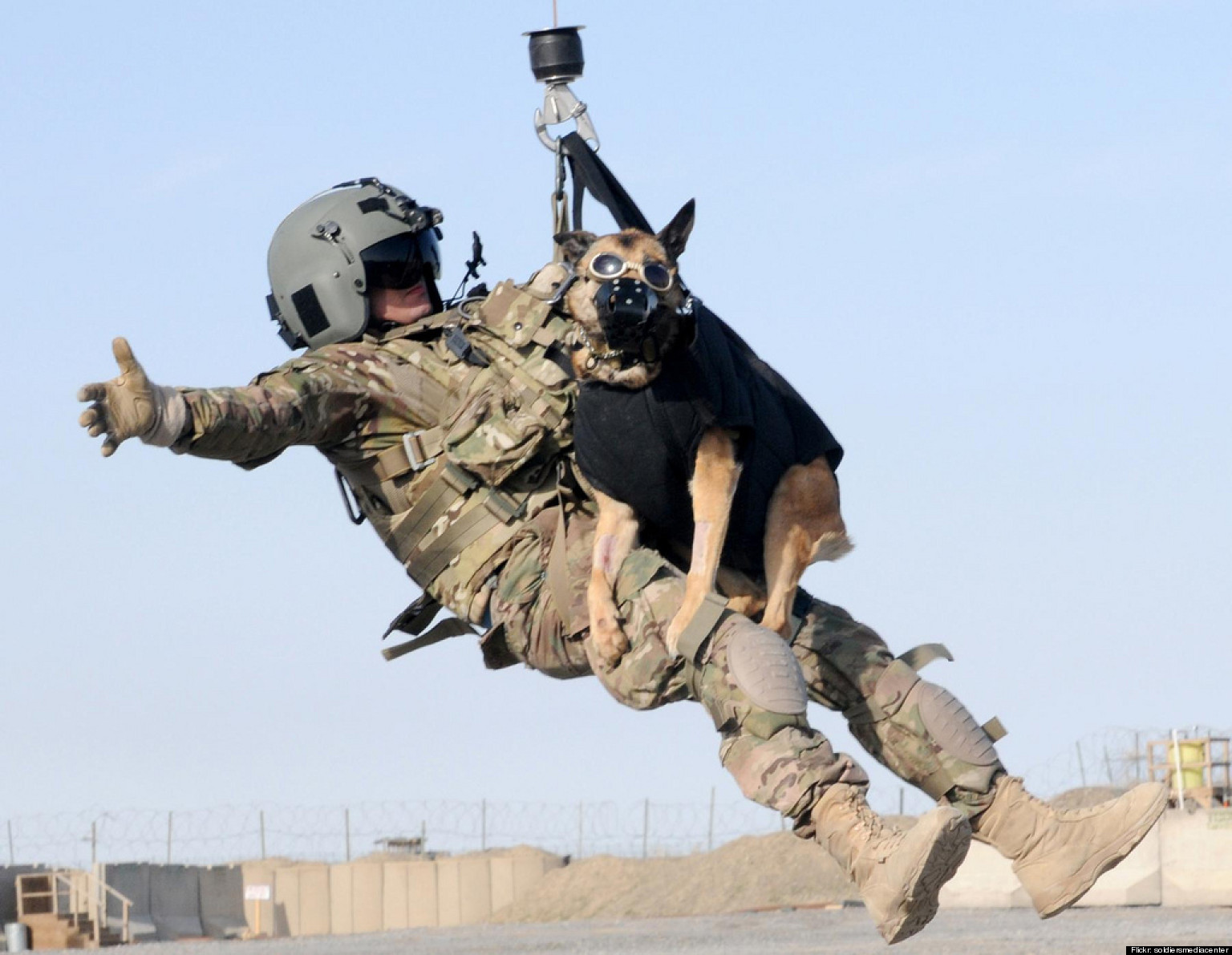 Having a ruff day.

But what if the working dogs weren’t dogs at all? Is it possible to replicate that kind of trust with something that isn’t even…alive?

Some military officials think so. Frank Kelley, Deputy Assistant Secretary of the Navy for Unmanned Systems, said he hopes Marines can someday bond with their unmanned systems the same way they bond with their military working dogs. In Quantico, Virginia, officials at the Marine Corps Warfighting Lab are actually rolling out tests that might inspire this kind of (I hesitate to use the word here) friendship.

“Someday we may be able to replace that image of the Marine and the dog with an unmanned system,” Kelley said. “We need to be prepared with these relationships, with these warfighting relationships, relationships with Marines and sailors and machines alongside.”

To that end, officials are employing a team of air and ground robots, equipped with AI and data sharing capabilities, to provide intelligence and reconnaissance to squad units. The hope is that these machines, with their limited decision-making abilities, may one day be advanced enough to make the Marines forget they dealing with something that doesn’t have, well, a pulse.

One of the robots being tested is Spot, a quadruped that can both take and carry out orders, and Gus, an unmanned vehicle that can carry gear to troops. However, both still have their drawbacks: Spot doesn’t adapt well to changing situations, and Gus requires constant operator input—defeating the purpose of an autonomous system and a clear sign that it’s inanimate. This “irony of automation”, according to Col. James Jenkins, director of the Warfighting Lab’s Science and Technology department, may actually (and unsurprisingly) prevent Marines from getting close to their bucket-of-bolts battle buds. 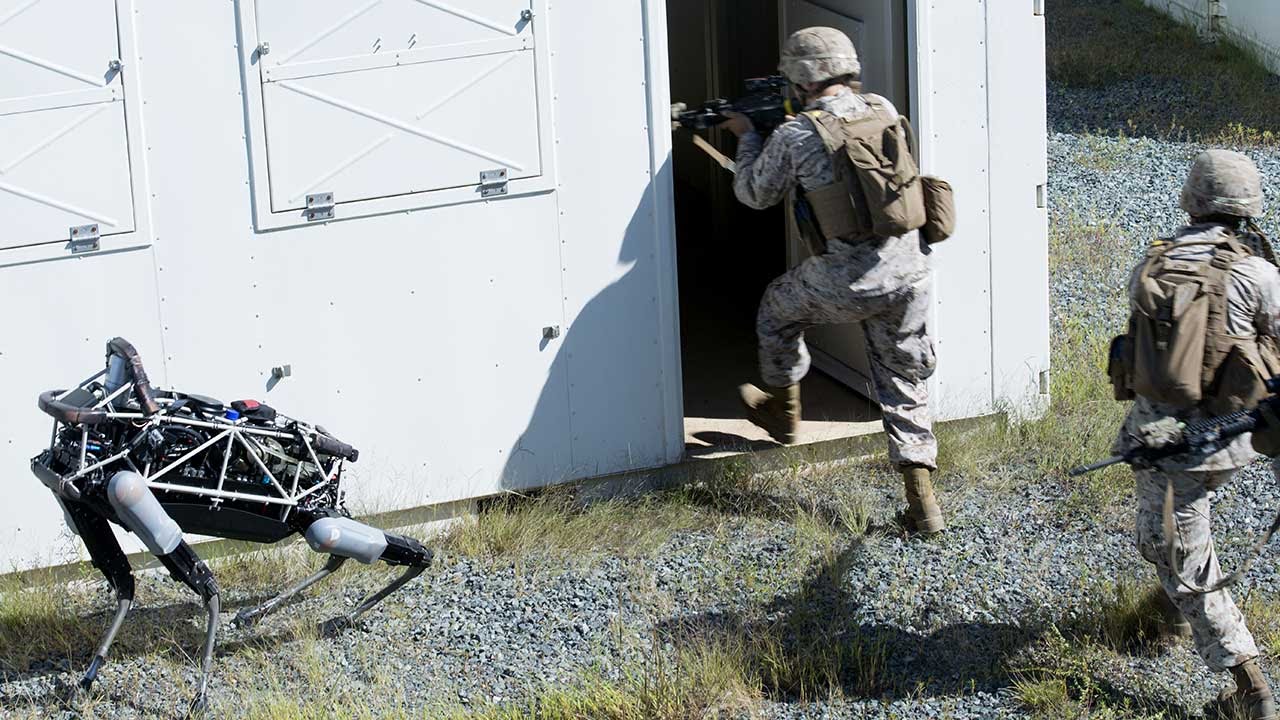 The Marines train with Spot.

In addition to further developing the technology (which, obviously, Spot, Gus, et al. need), military officials believe that an increased exposure to the robots will help Marines better understand how they work. For example, the Marines Corps could begin to conduct training exercises in which man and machine execute tasks together, promoting teamwork, building trust, and learning about the robots’ strengths and limitations.

Of course, I believe the increased prevalence of automated systems within the U.S. military does a lot of good. For one, unmanned systems, when employed in the dangerous, urban battlefields of today, can save lives. But while I can understand why officials would want to try and replicate the bonds between Marines and their pups (or even each other), a machine can’t operate on instinct—no matter how advanced its programming is. Nor should it be entrusted to make (let alone execute) high-level decisions.

After all that is stripped away, you’re left with, well, a machine. Can a human-being truly forge a bond with that?