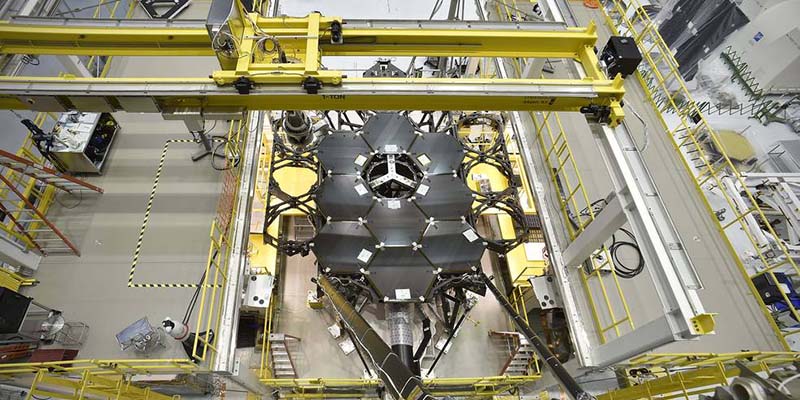 The James Webb Space Telescope team has been working tirelessly to install all 18 of Webb’s mirror segments onto the telescope structure.

“The years of planning and practicing is really paying dividends and the progress is really rewarding for everyone to see,” said NASA’s Optical Telescope Element Manager Lee Feinberg. 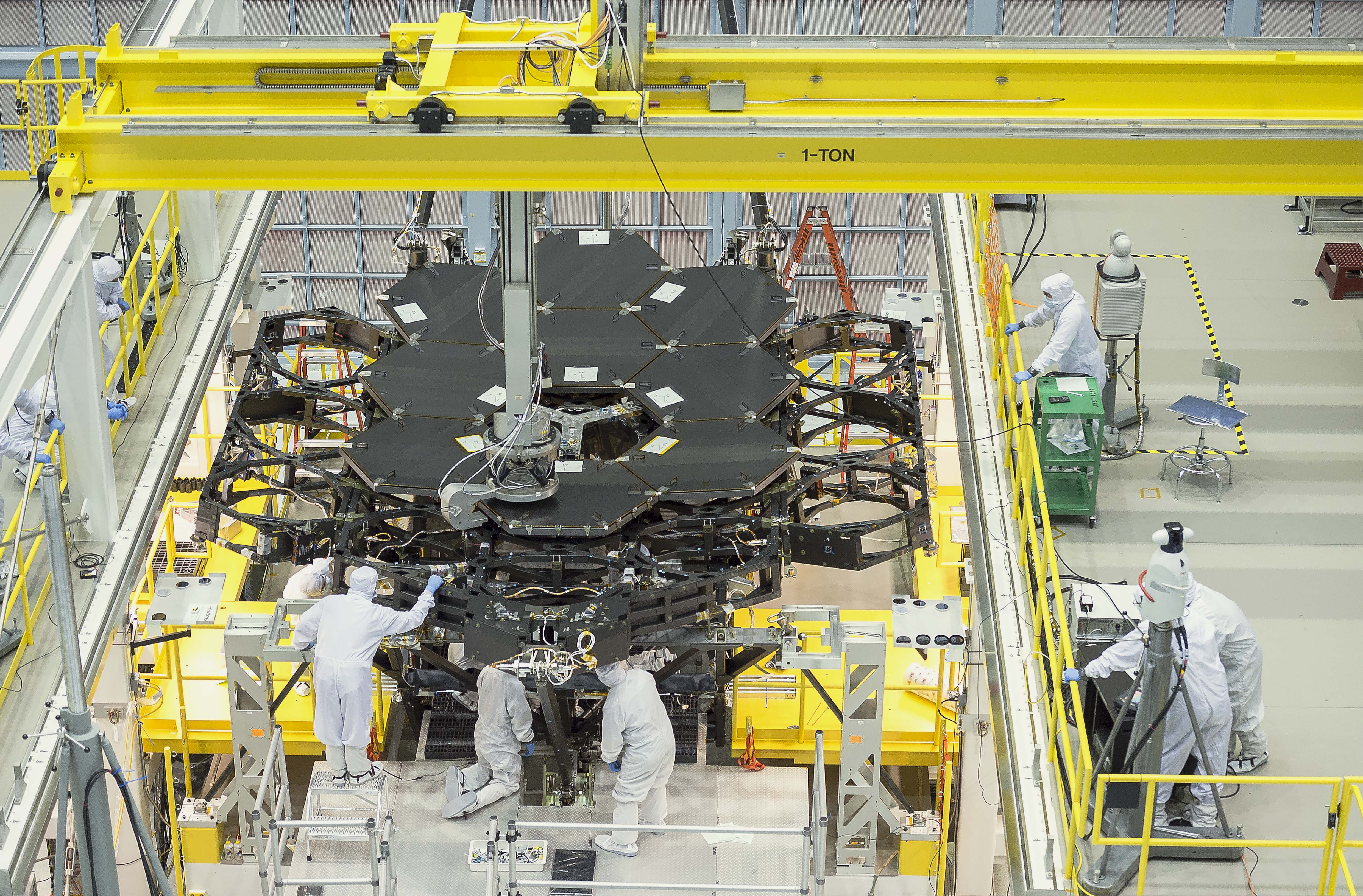 In these NASA images, the engineering team is seen using a robotic arm to lift and lower the hexagonal-shaped segment that measures just over 4.2 feet (1.3 meters) across and weighs approximately 88 pounds (40 kilograms).

After being pieced together, the 18 primary mirror segments will work together as one large 21.3-foot (6.5-meter) mirror. The full installation is expected to be complete early in 2016.

The mirrors were built by Ball Aerospace & Technologies Corp., in Boulder, Colorado. Ball is the principal subcontractor to Northrop Grumman for the optical technology and lightweight mirror system.

The James Webb Space Telescope is the scientific successor to NASA’s Hubble Space Telescope. It will be the most powerful space telescope ever built. Webb is an international project led by NASA with its partners, ESA (the European Space Agency) and the Canadian Space Agency.