Recently inside the clean room at NASA’s Goddard Space Flight Center in Greenbelt, Maryland, engineers successfully completed two deployments for the James Webb Space Telescope’s “wings” or side portions of the backplane structure that fold up.

The wings and telescope structure are essential because they make up the telescope’s carbon fiber framework which will hold all 18 of the telescope’s mirrors and the tower for the primary mirror. 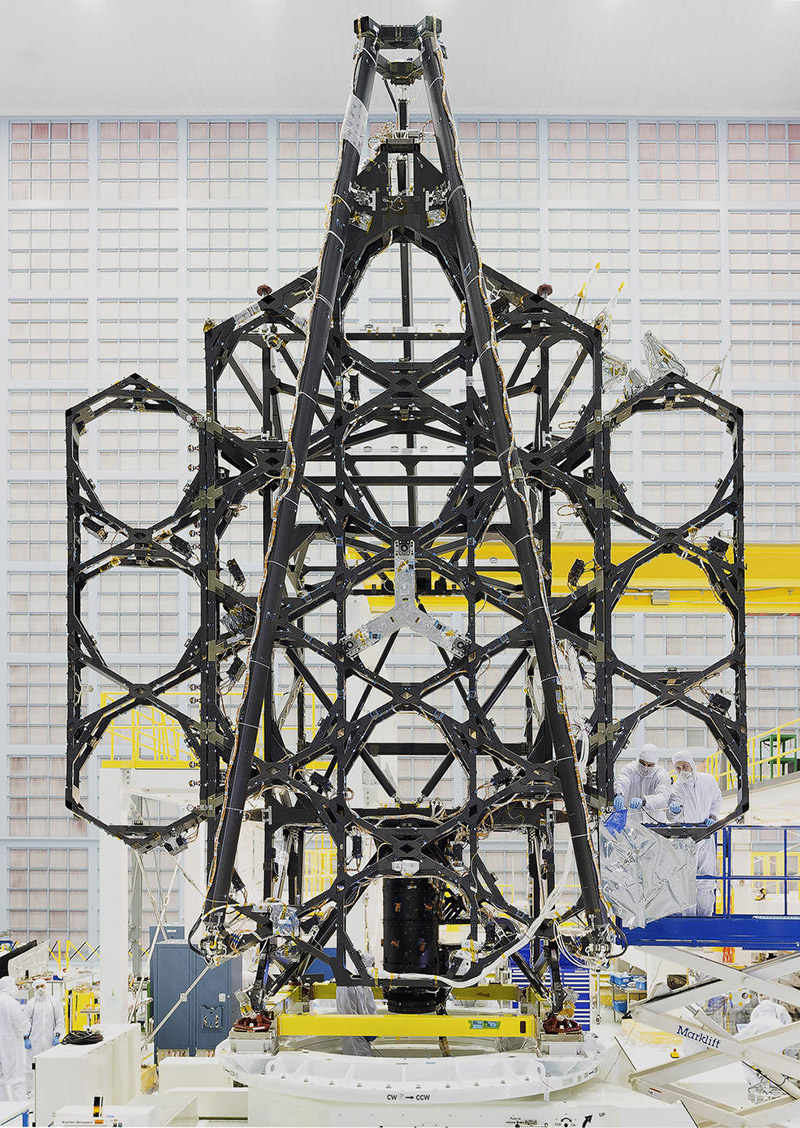 Engineers successfully completed two deployments for the James Webb Space Telescope’s “wings” or side portions of the backplane structure that fold up. Credits: NASA

“We deploy the wings one at a time. Each individual deployment can take up to 16 hours or more to complete,” said Adam Carpenter, Mechanical Integration Engineer at Goddard, as he and other engineers prepared for the move. “It is a delicate operation requiring multiple groups to perform specific tasks.”

Leading up to this test, engineers lined the telescope structure with cables. In space, these cables will enable the telescope to open up and will provide electrical signals to the active mirror segments. During the wing test, however, the engineers needed to make sure the cables did not block the deployment, and so the team arranged the cables carefully.

“The two wings of the telescope structure will eventually hold 6 of Webb’s 18 primary mirror segment assemblies,” said Carpenter said. “They are necessary so that the observatory can fold up in order to fit into the launch vehicle.”

The James Webb Space telescope, once fully assembled, will be bigger than any rocket that can launch the telescope into space. So the engineering team designed the telescope to fold like origami to fit inside its Ariane 5 rocket. Once launched, Webb will be shipped out to its destination one million miles out in space.

Webb telescope’s images will reveal the first galaxies forming approximately 13.5 billion years ago. The telescope will also see through interstellar dust clouds to capture stars and planets forming in our own galaxy.

At the telescope’s final destination in space, one million miles away from Earth, it will operate at incredibly cold temperatures of -387 degrees Fahrenheit, or 40 degrees Kelvin. This is 260 degrees Fahrenheit colder than any place on the Earth’s surface has ever been.