The Japan Aerospace Exploration Agency (JAXA) and Toyota Motor Corporation (Toyota) are furthering their joint study to develop a manned, pressurized lunar rover. The vehicle will not only aid lunar mobility, but enable astronauts to forego their space suits for fixed periods of time. 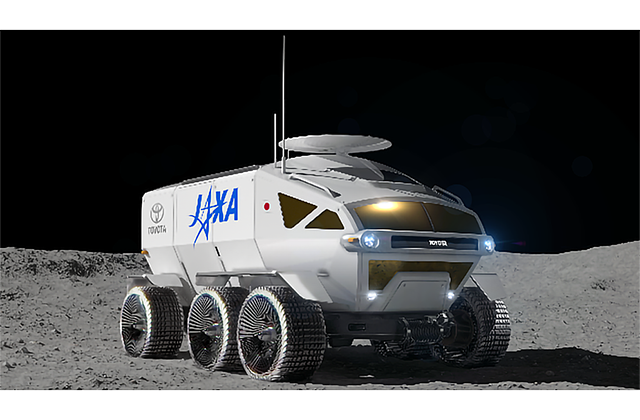 Toyota President Akio Toyoda adds, “I am extremely happy that, for this project, expectations have been placed on the thus-far developed durability and driving performance of Toyota vehicles and on our fuel cell environmental technologies.”

“Fuel cells, which use clean power-generation methods, emit only water, and, because of their high energy density, they can provide a lot of energy, making them especially ideal for the project being discussed with JAXA,” Toyota Executive Vice President Shigeki Terashi says.

Spanning the size of two microbuses (6.0 m long, 5.2 m wide, 3.8 m tall) and containing 13 m3 of living space, the vehicle can accommodate two people comfortably, but can squeeze in two additional people during emergencies, according to JAXA. 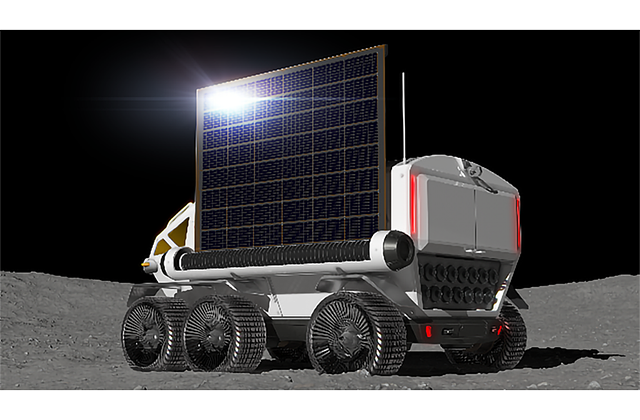 “Lunar gravity is one-sixth of that on Earth. Meanwhile, the moon has a complex terrain with craters, cliffs, and hills. Moreover, it is exposed to radiation and temperature conditions that are much harsher than those on Earth, as well as an ultra-high vacuum environment,” says Wakata. “For wide ranging human exploration of the moon, a pressurized rover that can travel more than 10,000 km in such environments is a necessity. Toyota’s ‘space mobility’ concept meets such mission requirements.”

Wakata continues to explain that the joint study with Toyota that began May 2018 has already “examined a preliminary concept for a manned, pressurized rover system.” The team has also mapped out the technological hurdles, and the next path forward is to find solutions to those issues.

“Manned, pressurized rovers will be an important element supporting human lunar exploration, which we envision will take place in the 2030s,” predicts Wakata. To fit within that timeline, the JAXA-Toyota concept is slated to make its launch in 2029.