Justice officials filed legal papers to intervene in the suit, first brought by whistleblower James Swoben in 2009, on Friday in federal court in Los Angeles. On Monday, they sought a court order to combine Swoben’s case with that of another whistleblower.

Swoben has accused the insurer of “gaming” the Medicare Advantage payment system by “making patients look sicker than they are,” says his attorney, William K. Hanagami. Hanagami says the combined cases could prove to be among the “larger frauds” ever against Medicare, with damages that he speculates could top $1 billion.

UnitedHealth spokesman Matt Burns denied any wrongdoing by the company. “We are honored to serve millions of seniors through Medicare Advantage, proud of the access to quality health care we provided, and confident we complied with program rules,” he wrote in an email.

Medicare Advantage is a popular alternative to traditional Medicare. The privately run health plans have enrolled more than 18 million elderly and people with disabilities — about a third of those eligible for Medicare — at a cost to taxpayers of more than $150 billion a year.

Although the plans generally enjoy strong support in Congress, they have been the target of at least a half-dozen whistleblower lawsuits alleging patterns of overbilling and fraud. In most of the prior cases, Justice Department officials have decided not to intervene, which often limits the financial recovery by the government and also by whistleblowers, who can be awarded a portion of recovered funds. A decision to intervene means that the Justice Department is taking over investigating the case, greatly raising the stakes. 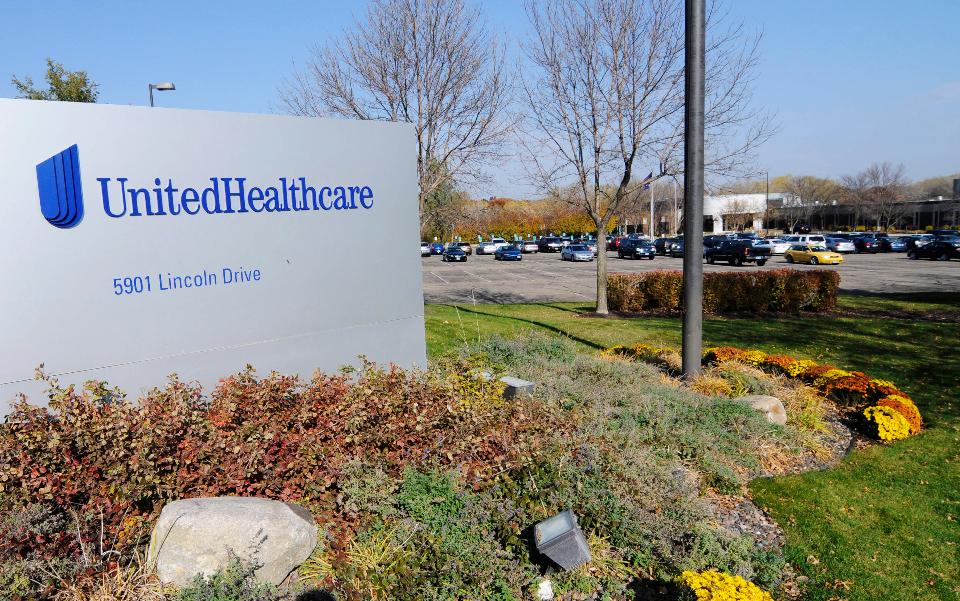 “This is a very big development and sends a strong signal that the Trump administration is very serious when it comes to fighting fraud in the health care arena,” says Patrick Burns, associate director of Taxpayers Against Fraud in Washington, a nonprofit supported by whistleblowers and their lawyers. Burns says the “winners here are going to be American taxpayers.”

Burns also contends that the cases against UnitedHealth could potentially exceed $1 billion in damages, which would place them among the top two or three whistleblower-prompted cases on record.

“This is not one company engaged in episodic bad behavior, but a lucrative business plan that appears to be national in scope,” Burns says.

On Monday, the government said it wants to consolidate the Swoben case with another whistleblower action filed in 2011 by former UnitedHealth executive Benjamin Poehling and unsealed in March by a federal judge. Poehling also has alleged that the insurer generated hundreds of millions of dollars or more in overpayments.

When Congress created the current Medicare Advantage program in 2003, it expected to pay higher rates for sicker patients than for people in good health using a formula called a risk score.

But overspending tied to inflated risk scores has repeatedly been cited by government auditors, including the Government Accountability Office. A series of articles published in 2014 by the Center for Public Integrity found that these improper payments have cost taxpayers tens of billions of dollars.

“If the goal of fraud is to artificially increase risk scores and you do that wholesale, that results in some rather significant dollars,” Hanagami says.

David Lipschutz, senior policy attorney for the Center for Medicare Advocacy, a nonprofit offering legal assistance and other resources for those eligible for Medicare, said his group is “deeply concerned by ongoing improper payments” to Medicare Advantage health plans.

These overpayments “undermine the finances of the overall Medicare program,” he said in an emailed statement. He said his group supports “more rigorous oversight” of payments made to the health plans.

The two whistleblower complaints allege that UnitedHealth has had a practice of asking the government to reimburse it for underpayments, but did not report claims for which it had received too much money, despite knowing some these claims had inflated risk scores.

The federal Centers for Medicare & Medicaid Services said in draft regulations issued in January 2014 that it would begin requiring that Medicare Advantage plans report any improper payment — either too much or too little.

These reviews “cannot be designed only to identify diagnoses that would trigger additional payments,” the proposal stated.

But CMS backed off the regulation’s reporting requirements in the face of opposition from the insurance industry. The agency didn’t say why it did so.

The Justice Department said in an April 2016 amicus brief in the Swoben case that the CMS decision not to move ahead with the reporting regulation “does not relieve defendants of the broad obligation to exercise due diligence in ensuring the accuracy” of claims submitted for payment.

The Justice Department concluded in the brief that the insurers “chose not to connect the dots,” even though they knew of both overpayments and underpayments. Instead, the insurers “acted in a deliberately ignorant or reckless manner in falsely certifying the accuracy, completeness and truthfulness of submitted data,” the 2016 brief states.

The Justice Department has said it also is investigating risk-score payments to other Medicare Advantage insurers, but has not said whether it plans to take action against any of them.