“We provide refueling to every flying unit in the area of responsibility which is Syria, Yemen, Iraq, and Afghanistan and supported 12 coalition nations,” said Lt. Col. James Murray, the 340th Expeditionary Air Refueling Squadron director of operations. “We support aircraft 24 hours a day, seven days a week, 365 days a year so they can do their mission.” 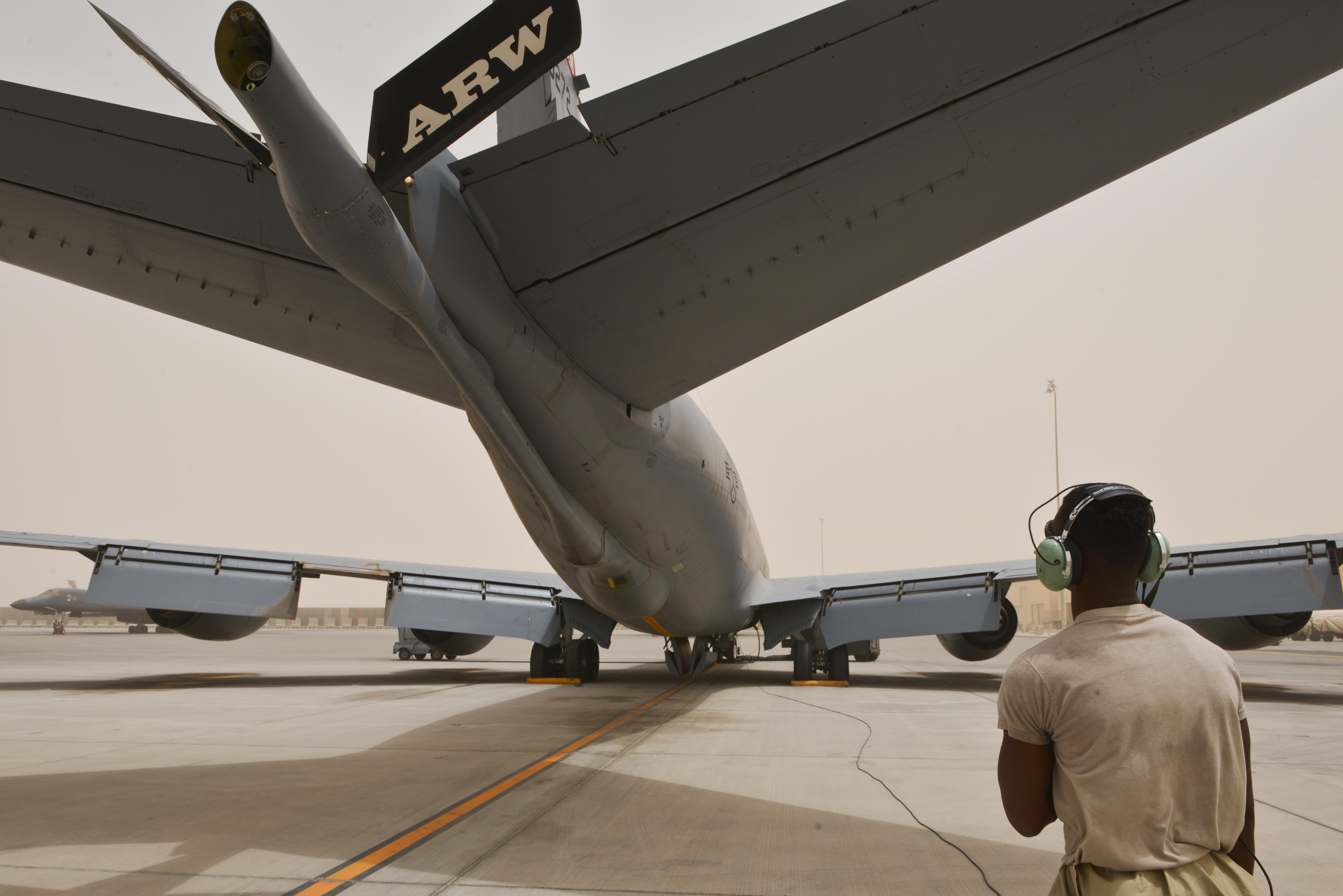 Murray said keeping an operations tempo of this magnitude is herculean.

“Imagine 12 airplanes flying 24 hours a day, it’s incredible,” he said. “If we were not out there to give gas to all our receivers they we would have to fly shorter missions.”

“There are different Air Force components like active duty, Reserve and Air National Guard out here,” Murray said. “There are also different types of tankers on the ramp, with different modifications, so usually a new crew has to be trained or certified in everything that we have here at AUAB. Having an aircrew trained gives us the flexibility to go out and fly any tanker, and our squadron does internal training to make that happen.” 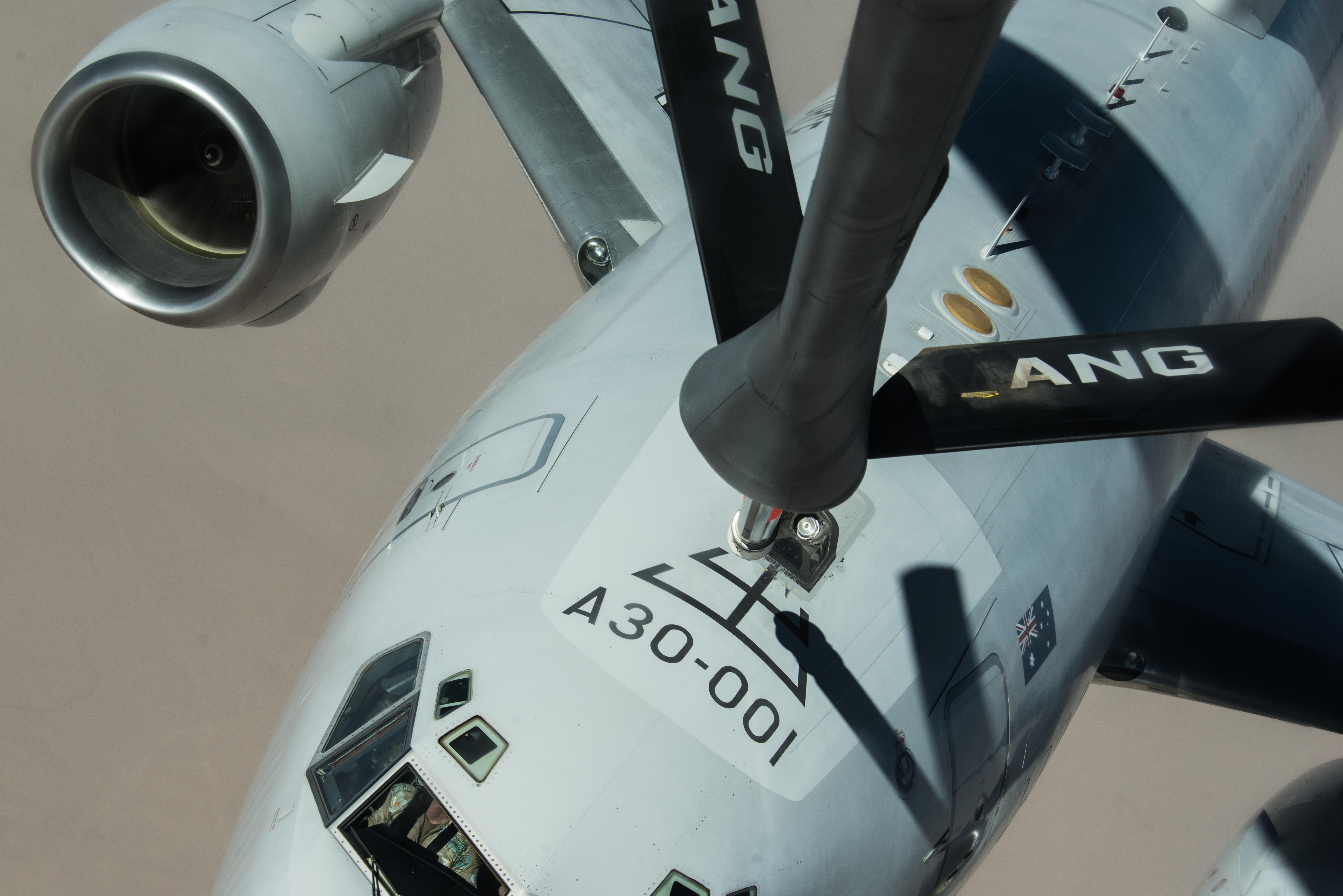 Senior Airman Timothy Weber, a 340th EARS boom operator, shared what it was like to be part of the combat hour milestone.

“The tempo can become intense here,” Weber said. “You have to adapt because it’s busy and the environment is so dynamic. You can take off with a plan and it can change drastically when you are in the air, but it gets exciting and I get to see it happen right in front of me, I love flying.”

Murray said the 340th EARS surpassed 100,000 combat hours without realizing it because it happened faster than the unit anticipated.

The combat hour achievement is the result of various units at Al Udeid AB working together to make the mission happen, Murray said.