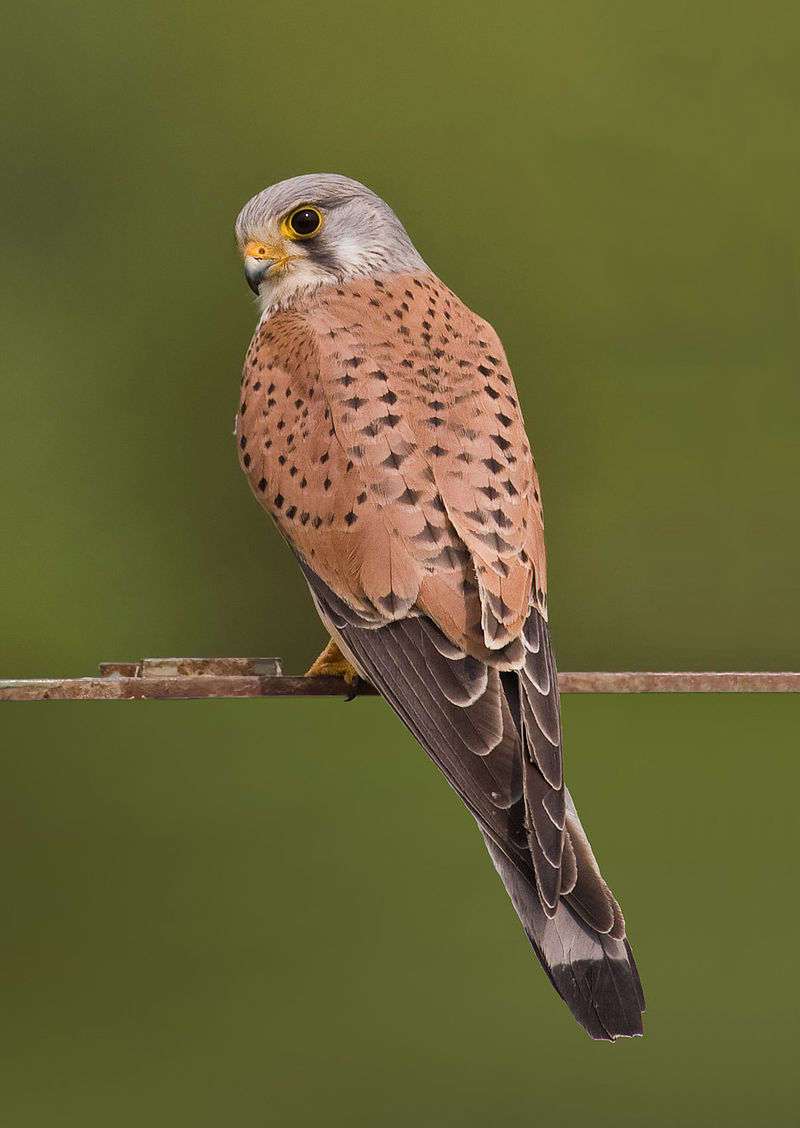 Researchers at the RMIT University, Melbourne, Australia have drawn inspiration from the way kestrels hover above their prey to develop an autonomous fixed-wing micro air vehicle (MAV) that can gain height from convenient updrafts.

The results are published today, Friday 18th December, in the journal Bioinspiration & Biomimetics.

“It’s long been known the birds take advantage of upward air currents to save energy when flying” explains Alex Fisher, a lead author of the paper. “This ‘boost’ of upward-moving air can be found when the wind hits a large obstacle, like a cliff or mountain range, and to a smaller extent close to man-made obstacles like buildings.”

“We envisage that in the future, MAVs will be used for many tasks in urban environments, such as delivering packages, performing surveillance, and search and rescue” he continues. “Using these updrafts would make them more efficient and therefore extend their working range.”

“If you’re familiar with the kestrel, you may know they’ve got a unique way of hunting – hovering over a location without flapping their wings. This allows them to keep their heads still with incredible precision, helping them spot prey on the ground. The preciseness at which they hold position led us to thinking we could try this ‘wind-hovering’ technique on our MAV.”

The researchers used a commercially available polystyrene foam sail-plane as their test platform.

“We were lucky in a sense that these were lightweight, as it allowed us to test the MAV easily in the field” continues Fisher. “This MAV we chose had a number of advantages, including the ability to fly well in light winds, and large control surfaces making it more nimble in the air.”

After developing a control algorithm and installing it on a 36 mm x 26 mm control board which was interfaced with a GPS and magnetometer, the MAV was flown at two test locations, near a hill and close to a building.

At the hill-side, the MAV was able to gain approximately 360 ft (120 m) in height, and could fly autonomously until the control batteries lost power.

Tests close to the building proved more difficult, with the MAV only capable of sustaining flight for around 20 seconds.

“The MAV has a relatively narrow range of wind speeds at which it can soar without power” concludes Fisher. “Birds are able to overcome this problem to some extent by changing the shape of their wings or moving their feathers.”

“Our human pilot was able to outperform our control algorithm under gusty conditions – but not by much! Long-lasting gusts and lulls were a particular problem, but we learnt a lot from these tests.”

Fisher and his colleagues are now working on ways to mimic the changing arrangement of the wing and feathers on hovering birds, to improve the soaring performance of their MAV.