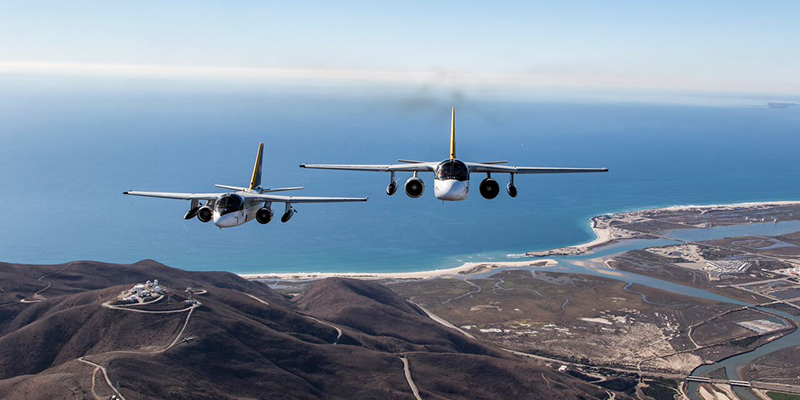 After more than 40 years of service, the last S-3B Viking in U.S. Navy service launched one last time from the runway at Naval Base Ventura County, Point Mugu, Jan. 11.

Originally introduced in 1974 as a replacement for the S-2 Tracker, the Viking has ranged far from its anti-submarine warfare roots to perform various roles such as organic tanking, electronic intelligence, and carrier onboard delivery.

The Viking officially retired from Navy service in 2009, but like many military members, the S-3B was called upon to continue to serve the fleet in another capacity. Two S-3 aircraft joined Air Test and Evaluation Squadron (VX) 30 that spring.

“We landed in a rainstorm,” said Capt. John Rousseau, who led the charge to bring the retired aircraft to VX-30. “It was one of the only time it rains around here. Those were just temporary, covering while three more went through depot maintenance.”

While Fleet Readiness Center Southeast set about getting the S-3s ship-shape again, Rousseau and the VX-30 team spent months qualifying and validating their skills with the two Vikings they had.

Rousseau, who started his career flying the Viking and did a tour instructing, helped make sure everyone was up to speed. The aircraft, he noted, was well suited to working the Point Mugu Sea Range.

“It’s got legs,” Rousseau said. “It can go fast and long. The radar, even though it’s old, there’s not many better. We still spot schools of dolphins and patches of seaweed” when patrolling the range.

In November, VX-30 retired the first of its three Vikings, flying it to the military aircraft boneyard at Davis-Monthan Air Force Base in Arizona. The other two, each with 40 years of service on the airframe, were not far behind.

“They still have life in them,” Rousseau said, “but it was time for another depot-level maintenance period, and you have to weigh that cost against the little time you could still get out of them.”

The last Viking will give at least one more round of federal service before it retires; the final launch from Point Mugu was headed for NASA, not the boneyard. But for Rousseau and other Viking pilots and enthusiasts, the final Navy flight is bittersweet.

“So many amazing people have been associated with the S-3 community over the years,” Rousseau said. “This last Navy flight is difficult. It feels like the end of an era.”