The 3D-Printed Habitat Challenge is a competition to create sustainable shelters suitable for the Moon, Mars or beyond using resources available on-site in these locations. The multi-level 3D-Printed Habitat Challenge puts teams to the test in several areas of 3D-printing, including modeling software, material development and construction. In addition to aiding human space exploration, technologies sought from this competition could also lead to lower-cost housing solutions on Earth and other benefits.

The challenge, which began in 2015, is structured in phases, each with multiple levels.  Phases to date include:

The multi-level competition structure enables more teams to be involved, and for teams to participate based on their strengths. Teams may enter or exit the competition at any phase or level, provided that they meet the challenge requirements.

The challenge is managed through a partnership with NASA’s Centennial Challenges program and Bradley University. Bradley has partnered with sponsors Caterpillar, Bechtel, Brick & Mortar Ventures and the U.S. Army Corps of Engineers to administer the competition. NASA’s Centennial Challenges program is part of the agency’s Space Technology Mission Directorate, and is managed at NASA’s Marshall Space Flight Center in Huntsville, Alabama. 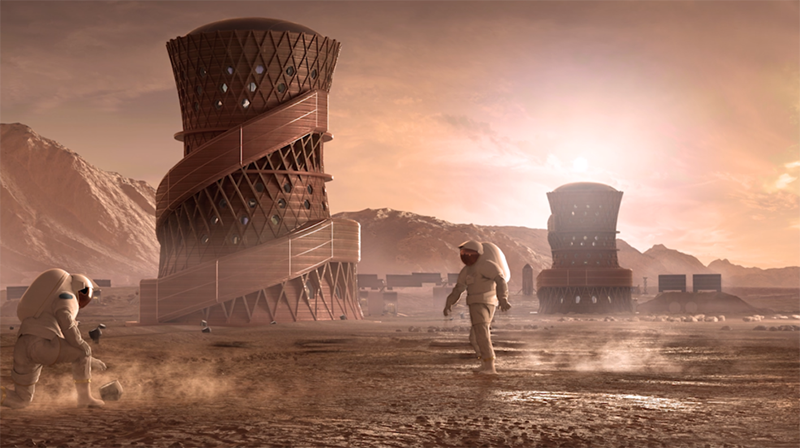 Teams competing in NASA’s 3D-Printed Habitat Challenge completed the latest level of the competition – complete virtual construction – and the top three were awarded a share of the $100,000 prize purse. This stage of the challenge required teams to create a full-scale habitat design, using modeling software. This level built upon an earlier stage that also required virtual modeling.

The virtual design from team Mars Incubator won third place in the Phase 3: Level 4 software modeling stage of NASA’s 3D-Printed Habitat Challenge. The team is a collection of engineers and artists.

Eleven team entries were scored and awarded points based on architectural layout, programming, efficient use of interior space, and the 3D-printing scalability and constructability of the habitat. Teams also prepared short videos providing insight into their designs as well as miniature 3D-printed models that came apart to showcase the interior design. Points were also awarded for aesthetic representation and realism. After evaluation by a panel of judges, NASA and challenge partner Bradley University of Peoria, Illinois, awarded the following teams:

The 3D-Printed Habitat Challenge will culminate with a head-to-head subscale structure print May 1-4, 2019, and the awarding of an $800,000 prize purse. Media and the public will be invited to attend the event in Peoria, Illinois. 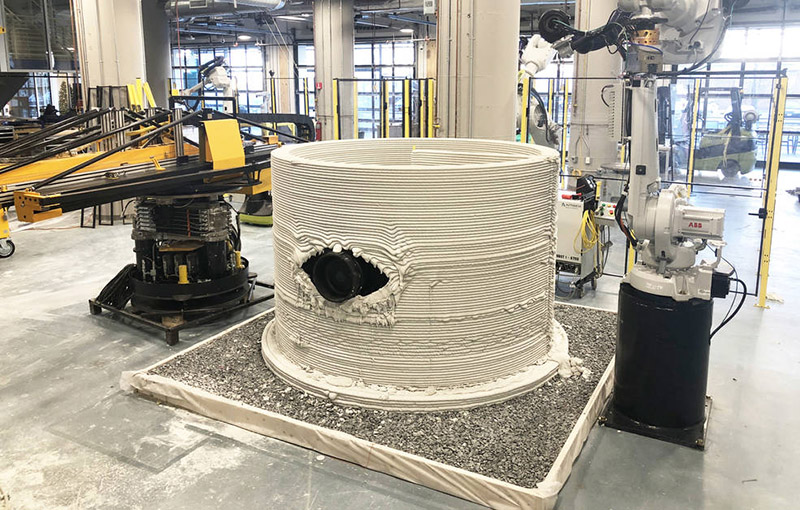 A 3D-printed structure from team SEArch+/Apis Cor is being prepared for hydrostatic leak testing. The team won first place in Phase 3: Level 3 of the 3D-Printed Habitat Challenge. The test is performed by filling the structure with water to a specified depth and measuring the leakage rate by the rate of the drop in the water level. Credits: SEArch+/Apis Cor

Four teams will share a $300,000 prize for successful completion of the seal test stage of the 3D-Printed Habitat Challenge, a competition to create sustainable shelters suitable for the Moon, Mars or beyond using resources available on site in these locations. For this level of the competition, teams submitted 3D-printed samples that were tested for their ability to hold a seal, for strength and for durability in temperature extremes.

Six teams submitted entries to the competition, and after evaluation by a team of judges, NASA and challenge partner Bradley University of Peoria, Illinois, awarded the following teams:

The multi-level 3D-Printed Habitat Challenge puts teams to the test in several areas of 3D printing, including modeling software, material development and construction. There are two software design levels and three construction levels. The seal test level is the final construction level teams must pass to be eligible to compete in the final level, a head-to-head printing of a structure that will take place in April 2019. 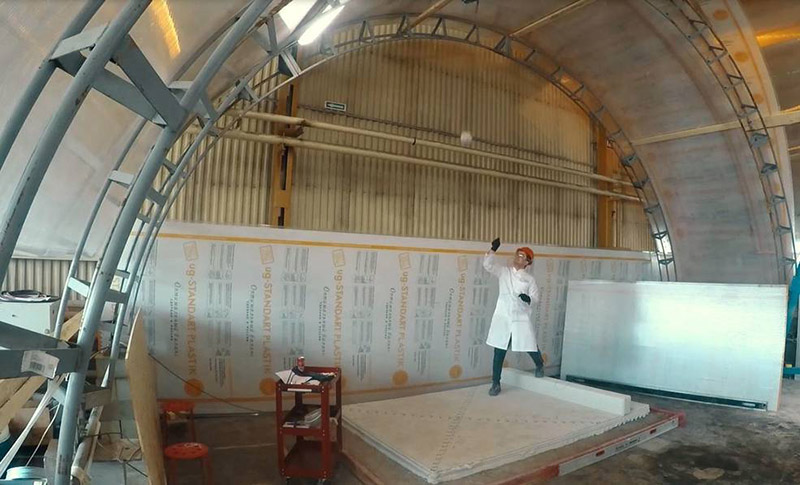 Three teams will share a $120,000 prize offered in the second of five levels of phase 3 of NASA’s 3D-Printed Habitat Centennial Challenge competition. The goal of the public challenge is to create sustainable shelters suitable for the Moon, Mars or beyond using resources available on site. The five levels put teams to the test in all areas of 3D-printing, from using software to design habitats to developing materials that can be used to print a physical structure.

After evaluating the Level 2 entries, the challenge partner Bradley University in Peoria, Illinois and NASA selected the following teams for award:

For this level of the competition, teams had to additively construct a foundation slab without human intervention. The slabs were evaluated and scored based on multiple criteria, including strength, durability and material composition. To test their strength, a standard Olympic shot put was dropped on each slab three times to simulate a meteor strike. For durability, each slab was subjected to freeze/thaw tests, enduring temperature extremes. The teams earned prize money based on scores assigned by a panel of subject matter experts from NASA, academia and industry.

“This level prepares the teams for more difficult levels to come, and they had to do it autonomously, which adds an extra level of difficulty that will be necessary for space exploration,” said Monsi Roman, program manager for NASA’s Centennial Challenges. “Each of the skills tested in these levels will come into play for the final competition next spring.”