Lenovo’s recent Future of Work and Digital Transformation study found that 70% of global employees surveyed reported higher job satisfaction and that 56% felt more productive at home. To deliver a smarter way forward as many companies explore a hybrid working environment that balances the continuation of remote working with a return to the office post-pandemic, Lenovo today introduces the next generation of its ThinkPad P1, ThinkPad P15 and ThinkPad P17 mobile workstations. Each boasts the latest 11th generation Intel Core and Xeon mobile CPUs, the latest NVIDIA GPU architecture up to the NVIDIA RTX A5000 GPU, and added support for PCIe Gen 4 SSDs. These new mobile workstations deliver the performance and power professional users need to maximize productivity.

As is true with the entire Lenovo workstation portfolio, the ThinkPad P1, P15 and P17 are all ISV certified and tested at the highest level to pass MIL-spec standards – allowing users to take their productivity to the next level with reliable devices they can trust. Beyond the new trio of mobile workstations, Lenovo delivers a complete solution for today’s modern working environment and makes it easier than ever to work from anywhere. This includes the introduction of the new ThinkVision P34w-20 monitor for a professional-level display and the ThinkPad Thunderbolt 4 Workstation Dock to conveniently power the full experience.

ThinkPad P1 Gen 4: new display, improved performance same thin and light form factor
The ThinkPad P1 has been redesigned with remote users in mind who are looking for power, premium design, and true mobility. Content creators, architects, product designers and data scientists alike can bring their creative vision to life across multiple use cases, even while on the go thanks to the high performance of the ThinkPad P1. New for this fourth-generation system is a complete clean sheet design with user-experience improvements and a patent-pending thermal design to support increased capacity. The ThinkPad P1 maintains its thin and light appearance, while offering premium features such as 5G , a larger 90WHr battery, a newly engineered keyboard design featuring a larger touchpad, a higher resolution FHD camera for superior video conferencing and a top-firing Dolby Atmos Speaker System. This next generation also includes a new 16-inch UHD+ display with narrow bezels, low-blue light technology and 16:10 aspect ratio for more screen real estate, all while maintaining its 15-inch footprint. For the first time, the new ThinkPad P1 will offer both professional graphics support with the ability to power up to the NVIDIA RTX A5000-level GPUs or NVIDIA GeForce RTX 3080. This lets users configure the machine to best meet their real-time rendering, animation and visualization needs. 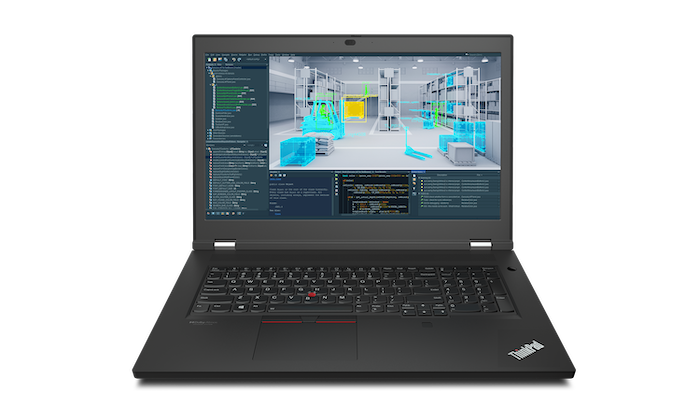 “There is no doubt that the global pandemic accelerated a shift toward mobile workstations as most of the world quickly moved to a remote work environment,” said Rob Herman, VP and GM, Worldwide Workstation and Client AI Business at Lenovo. “As mobile workstations have taken on an all-new importance to our end users, we’ve greatly enhanced the ThinkPad P1 Gen 4 to drive as much performance into this thin & light chassis as technically possible. We did this by greatly improving its thermal cooling capabilities with a vapor chamber in addition to traditional heat pipes. We also developed a keyboard that allows for air intake through hidden inlets to maximize the performance of the CPU and GPU. There was no stone left unturned when we rebuilt this chassis from the ground up – our customers spoke and we listened.”

ThinkPad P15 and ThinkPad P17 Gen 2: more power for expanded possibilities
The ThinkPad P15 and P17 shine in the most demanding use cases requiring the highest level of power and performance. From engineers and designers creating sophisticated renderings to developers working on compute-heavy virtual and mixed reality simulations, these two new mobile workstations offer the configurability and versatility professional users need. The ThinkPad P15 features a 15.6-inch UHD OLED display, while the ThinkPad P17 offers the largest workspace available in a mobile workstation with a 17.3-inch color calibrated display – allowing users to view the smallest of details in extreme clarity and seamlessly tackle sophisticated workflows in a portable package.

The latest generation of these three ThinkPad P Series mobile workstations are also NVIDIA Studio validated. By participating in the Studio program the creative community will have total confidence these workstations will handle their mission-critical workflows without issue – maintaining ISV certifications while also supporting the Studio driver and verification process.

“Powerful solutions are needed as we continue to work remote and transition to a hybrid work environment,” said Bob Pette, VP of Professional Visualization at NVIDIA. “Lenovo’s ThinkPad P Series mobile workstations are powered by NVIDIA RTX GPUs and deliver powerful graphics and real-time rendering that let people collaborate and work from anywhere they need to.” 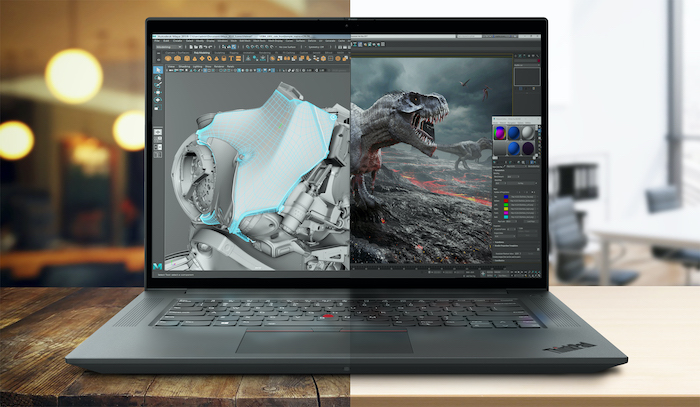 The future of work
Workplace transformation is pushing more and more users to mobile and flexible solutions. The ability to work from wherever one needs, while also having access to applications and powerful computing resources is crucial. As 83% of global IT decision-makers and management teams surveyed expect post-pandemic work to be remote at least half the time, Lenovo’s latest mobile workstations, paired with the new professional display and dock, offer the ideal setup for meeting the ongoing needs of a hybrid working environment. The ThinkPad P1, P15 and P17 will all be available in July, starting at $2099, $1749, and $1779, respectively. The new ThinkVision P34w-20 monitor and ThinkPad Thunderbolt 4 Workstation Dock will be available this fall for $899 and $419.99 respectively.

Filed Under: Controls (not motion controls)
Tagged With: lenovo 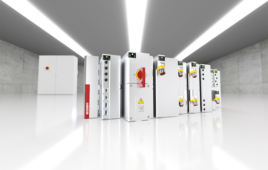 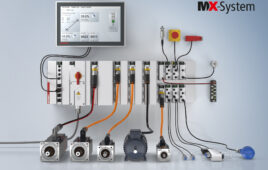 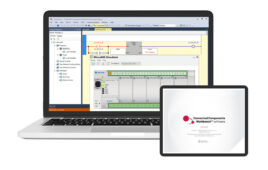