“Naturally, Man should want to stand on his own two feet … but how can he when his own machines cut the ground out from under him?”

So states the teaser for Philip K. Dick’s short story “Autofac,” first published in the November 1955 issue of Galaxy magazine. The story revolves around a postapocalyptic world where the human survivors have lost control of self-replicating robots designed to provide them with resources.

The “autofacs” become increasingly autonomous in deciding what to produce and why. The narrative follows the attempts of humans to regain control of production—possibly a forward-thinking cautionary tale?

Dystopian visions may be entertaining, but what are robots really producing on their own? Most people in the general public have an awareness that robots are being programmed to defeat humans at games like chess, poker, and Jeopardy.

But if you ask most people how robots, automation systems, and lights-out manufacturing are affecting the products they buy, they probably won’t have a clue. 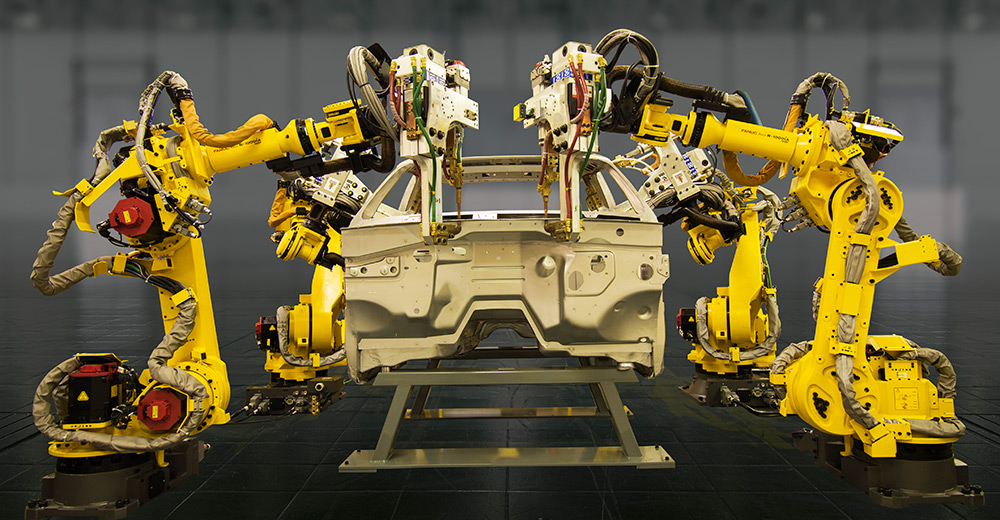 Probably the most well-known lights-out manufacturing facility is FANUC in Japan. At FANUC (factor automated numerical control), robots produce other robots without the presence of humans. FANUC Robotics America Vice President Gary Zywiol said about FANUC’s capabilities, “Not only is it lights out, we turn off the air conditioning and heat, too.”

The complex houses 22 factories where a huge population of honeybee-yellow robots replicate themselves 24 hours a day, seven days a week. Presently, FANUC produces between 22,000 and 23,000 CNC machines per month.

With customers such as Tesla Motors and Apple and a February 2015 pledge of $1 billion to expand its operations, job stability for FANUC’s self-replicating robots is at an all-time high.

What FANUC started is becoming more commonplace in factories in the United States and abroad. But to entrust manufacturing operations to the machines, companies must first have their automation systems in place.

Having built thousands of automation systems since 1991, MWES knows a thing or two about the benefits, obstacles, and realities of implementing a lights-out manufacturing system. 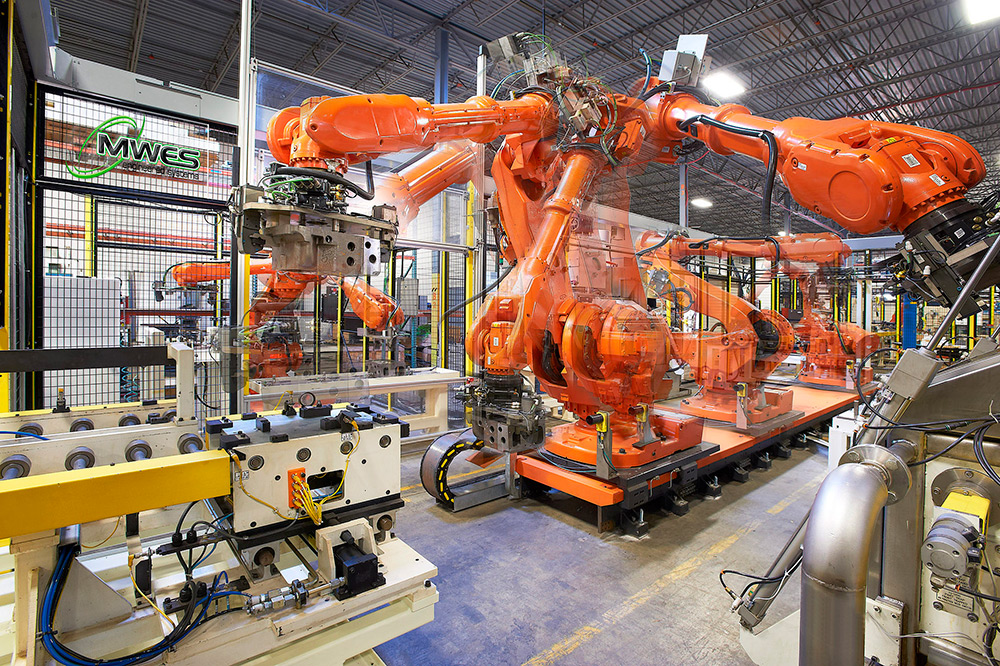 To test whether a machine is capable of continuous operation, MWES first determines whether the process capability (Cpk) exceeds 1.67. Cpk is a measure of process robustness, and 1.67 is a generally accepted measure for “four 9s” capability; that is, 99.9999 percent of parts will meet requirements, which provides a failure rate of one in a million.

MWES also performs a failure mode and effects analysis (FMEA) to evaluate potential failures, as well as a flow analysis for incoming and outgoing product. If a machine passes these three steps, it’s deemed viable for continuous operation.

But even if the machines can handle the continuous workload, going lights-out may not always be the best investment. “If a client requests a lights-out manufacturing system, satisfactory criteria include determining what the relationship between the cost of the equipment versus the return of investment is in terms of labor, quality, scrap, and production-throughput predictability,” Gratschmayr says. “If this value exceeds a two-year return, the investment is less desirable.” 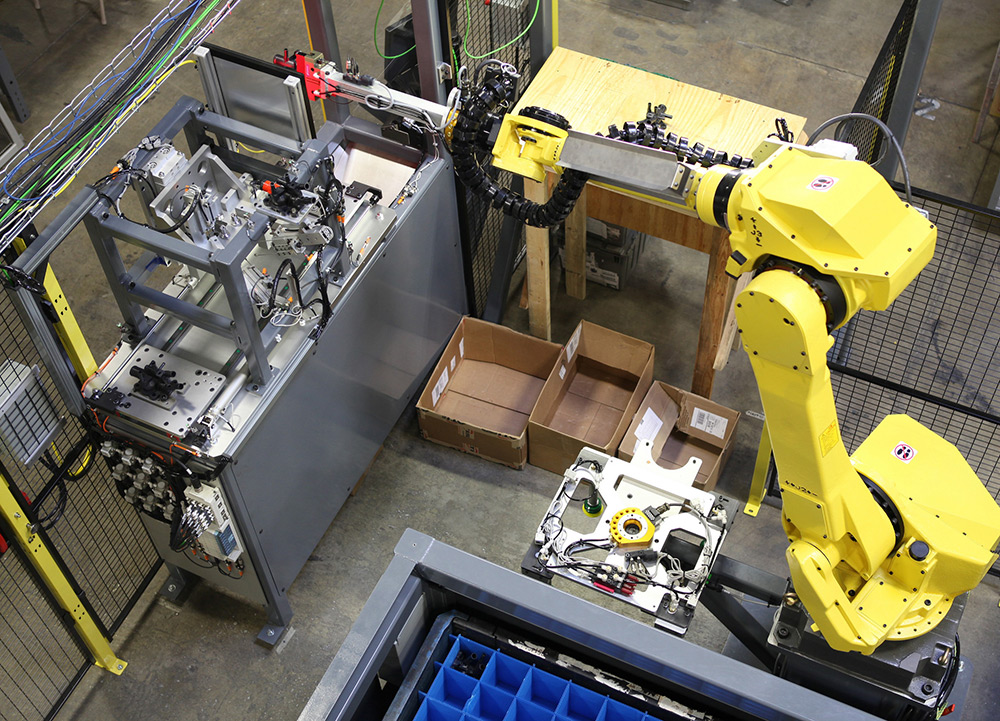 Even if the investment does make sense, the products may have too much variation to effectively automate 100 percent of the process. This doesn’t diminish the value of automation, however. Almost any manufacturer can benefit from automating certain steps in the manufacturing process.

The key is to identify which processes are most suitable for automation and can generate the highest return on investment. Automation is especially attractive in processes where manual interaction can result in quality or safety issues or in situations where a human worker simply can’t operate at the pace of a machine.

So if a task is high temperature, high payload, or surrounded by toxic gases or other dangerous working environments—furnace tending, paint-line tending, glass production, or carbon-fiber cutting, for example—robots are in. Humans are out.

It’s important to note that running lights-out requires complete confidence in the manufacturing process. Companies that constantly manufacture different parts don’t have the luxury of doing myriad tests to see if their operations can run lights-out. Rather, they have to rely on digital tools to create an output that can be used lights-out without first testing it physically.

Manufacturers wanting to learn more about automation should look no further than the Automate conference and exhibition in Chicago. The 2015 event, which brought in more than 18,000 attendees and 300 exhibitors from around the globe, focused on everything from modular cells, material handling, bin picking, integrated vision, coordinated motion, machine tending, and welding to collaborative-robot and soft-robot technology. With the show’s record attendance this year, it’s pretty clear that automation is in and the lights are out.

This blog originally appeared on lineshapespace.com/lights-out-manufacturing.