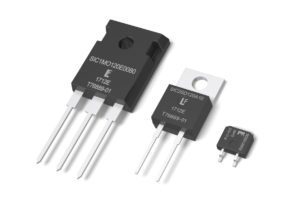 Visitors to the Littelfuse booth (Hall 7, Booth 335) at the PCIM (Power Conversion and Intelligent Motion) Europe 2017 Exhibition can talk to technical experts about the new devices’ capabilities and applications. They can also get a first look at the partnership’s next entry into the power semiconductor market, a line of 1200 V SiC MOSFETs.

“After decades of development effort, it’s increasingly clear that SiC diodes and MOSFETs are finally entering the semiconductor mainstream and are poised for widespread commercial success,” noted Corey Deyalsingh, director of Power Semiconductor, Electronics Business Unit at Littelfuse. “Everyone at Littelfuse is excited to play a part in that success. At this year’s show, we look forward to meeting with potential customers and helping them discover how we can help them move their power conversion projects forward.”

This year’s activities, organized under the theme “Speed. Agility. Flexibility. The Future of Power Semiconductor. Today.” include in-booth demonstrations of upcoming technology platforms for products nearing introduction, and the new SiC Schottky Diodes and MOSFETs.