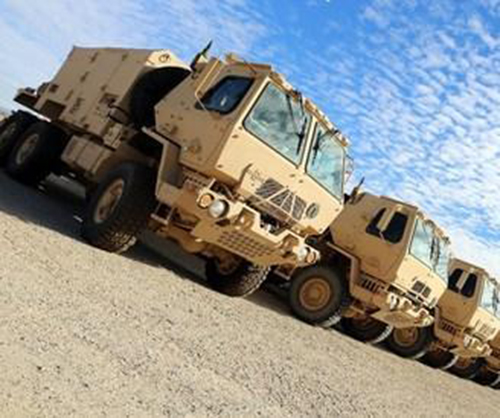 Lockheed Martin has been given a $1.6 billion dollar contract to continue manufacturing it’s AN/TP-Q-53 counterfire radar, the company announced on Monday.

Lockheed recently completed building it’s 100th unit of the system in January, and the contract includes service and support of the system, along with anticipated upgrades.

The Q-53 system helps troops know what is going on around them in an increasingly complicated world,” Rick Herodes, director of the Q-53 radar program at Lockhead Martin, said in a press release.

“What’s so special about the Q-53 radar system is the inherent flexibility of its software controlled active electronically scanned array,” Herodes said. “Our engineers can adjust the Q-53’s software to address emerging threats. Having control in the software allows quick reaction to whatever comes next — so the first Q-53 radar system off the line could be quickly updated to be just as capable as the 170th Q-53 radar system.”

The AN/TP-Q-53 is a mobile Active Electronically Scanned Array, or AESA, system. It will gradually replace older systems like the Q-36 and Q-37.

Counterfire radar is used for detecting incoming indirect fire like rockets and mortars, allowing response time for troops to reach cover, but they can also detect the location of the launch site. This allows counter battery fire to triangulate and respond with fire of their own.

Lockheed Martin has been producing the systems since 2007 and remains the only supplier of counterfire radar to the U.S. Army.