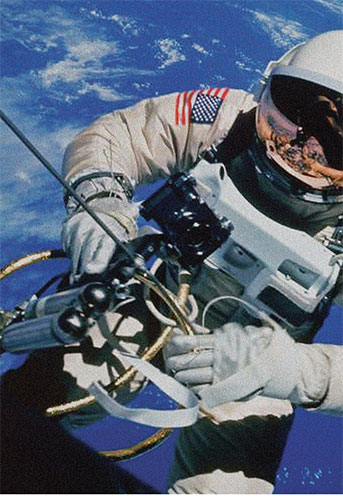 Almost 50 years after an Apollo space walk, a long-lost flat cable harness returned back home to Cicoil. The “Bio-Harness” assembly, built by the company for the 1969 Apollo 9 space flight, was returned in a NASA Apollo Space Program Auction. Considering its age and the number of miles it has travelled, the harness looked virtually brand-new.

The 26-in.-long electrical biomedical harness was worn by Commander Jim McDivitt during the Apollo 9 flight that launched into orbit on March 3 and returned to Earth 10 days later. Typically, the Bio-Harness was worn underneath the intravehicular constant wear garment when in the spacecraft, and under the extravehicular pressure suit during spacewalk activities. The assembly enabled continuous monitoring of vital signs, such as pulse, respiration, body temperature and pulse rate for each astronaut during flight, orbit and spacewalk operations. In addition to Commander McDivitt, Astronauts David Scott and Rusty Schweickart also used Bio-Harnesses on the Apollo 9 space mission as well.

In addition to every Apollo space flight, the design team from Cicoil has manufactured cable assemblies for the Mercury and Gemini Space missions, Skylab, Mercury Voyager, the Space Shuttle, Tri-ATHLETE Lunar Vehicle, the Mars Rover; and myriad space transport rockets and satellites.