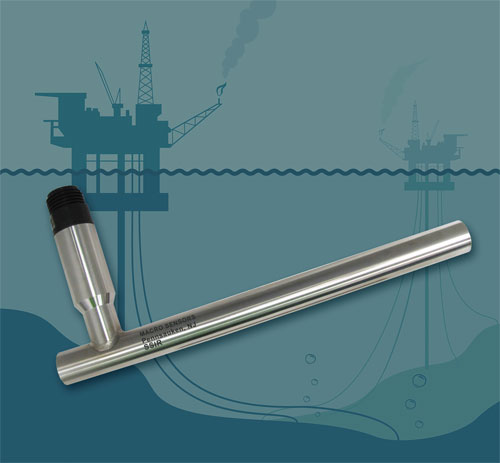 Back in 2010, Deepwater Horizon suffered a major blowout of its oil-drilling platform. Analysis revealed that part of the cause was a failure of the blind shear ram to properly cut the drill pipe and seal the wellbore. But the failure of other components to operate as designed also poses environ-mental risks. For example, failure to completely close valves on subsea trees (also known as Christmas trees) can risk oil spilling out uncontrollably at an offshore drilling site.

Valves on a Christmas tree are used to open and close oil pipes as they bring oil from the sea bed. (Christmas trees typically consist of an assembly of valves, sensors and controllers and other equipment placed over a wellhead, which, in formation, resemble a decorated tree. Its function is to prevent oil or gas release from an oil well, while controlling flow rates to maintain steady production levels.)

The SSI Series of Subsea LVDT linear position sensors includes the CiA 443 CANopen communication interface for use on subsea trees. These submersible LVDTs give feedback on valves by monitoring and controlling their status as part of a subsea control module.

Located on the ocean floor in depths up to several hundred meters, the LVDT sensor and other prescribed “Level 2” components installed on the subsea tree are connected to offshore platforms through CAN networks. In the past, sensors and other equipment were connected by EIA 485 serial links that proved unreliable. To improve operability and standardize communications between devices among different manufacturers on these subsea trees, the SIIS (Subsea Instrument Interface Standardization group) and CiA (CAN in Automation) Association jointly developed a new communication interface—CiA 443 CANopen profile. According to CiA, the CANopen network links SIIS Level-2 devices to a subsea control system, which communicates through CiA 443.

In addition to complying with the new CiA 443 CANopen regulation, SSI Series of Subsea LVDTs are encased in Inconel 625 to withstand deep sea environments with pressures up to 5,000 psi. Due to a higher content of nickel, chromium and molybdenum, the Inconel offers protection against corrosion and enhances the reliability of the LVDT assembly, ensuring that it can meet service life requirements of at least 20 years, even if fully exposed to seawater. Reliability is critically important due to the cost of replacing subsea hardware.

Filed Under: TECHNOLOGIES + PRODUCTS, ALL INDUSTRIES, Off highway • construction, Sensors (position + other)
Tagged With: macrosensors