Residents in this rural state grappling with a heroin epidemic and an aging population voted Tuesday to deliver a rebuke to Republican Gov. Paul LePage and join 31 other states that have expanded Medicaid under former President Barack Obama’s healthcare law.

The referendum represents the first time since the law took effect that the question of expansion had been put in front of U.S. voters.

Some 11 million people in the country have gotten coverage through the expansion of Medicaid, a health insurance program for low income people.

LePage vetoed five different attempts by the state Legislature to expand the program. Tuesday’s vote follows repeated failures by President Donald Trump, a LePage ally, and his fellow Republicans in Congress to repeal the signature legislation of Obama, a Democrat.

“This is an exciting night in Maine, but also an exciting night for the country,” said David Farmer, spokesman for pro-expansion Mainers For Health Care. “Voters have made it clear they want more healthcare, not less.” 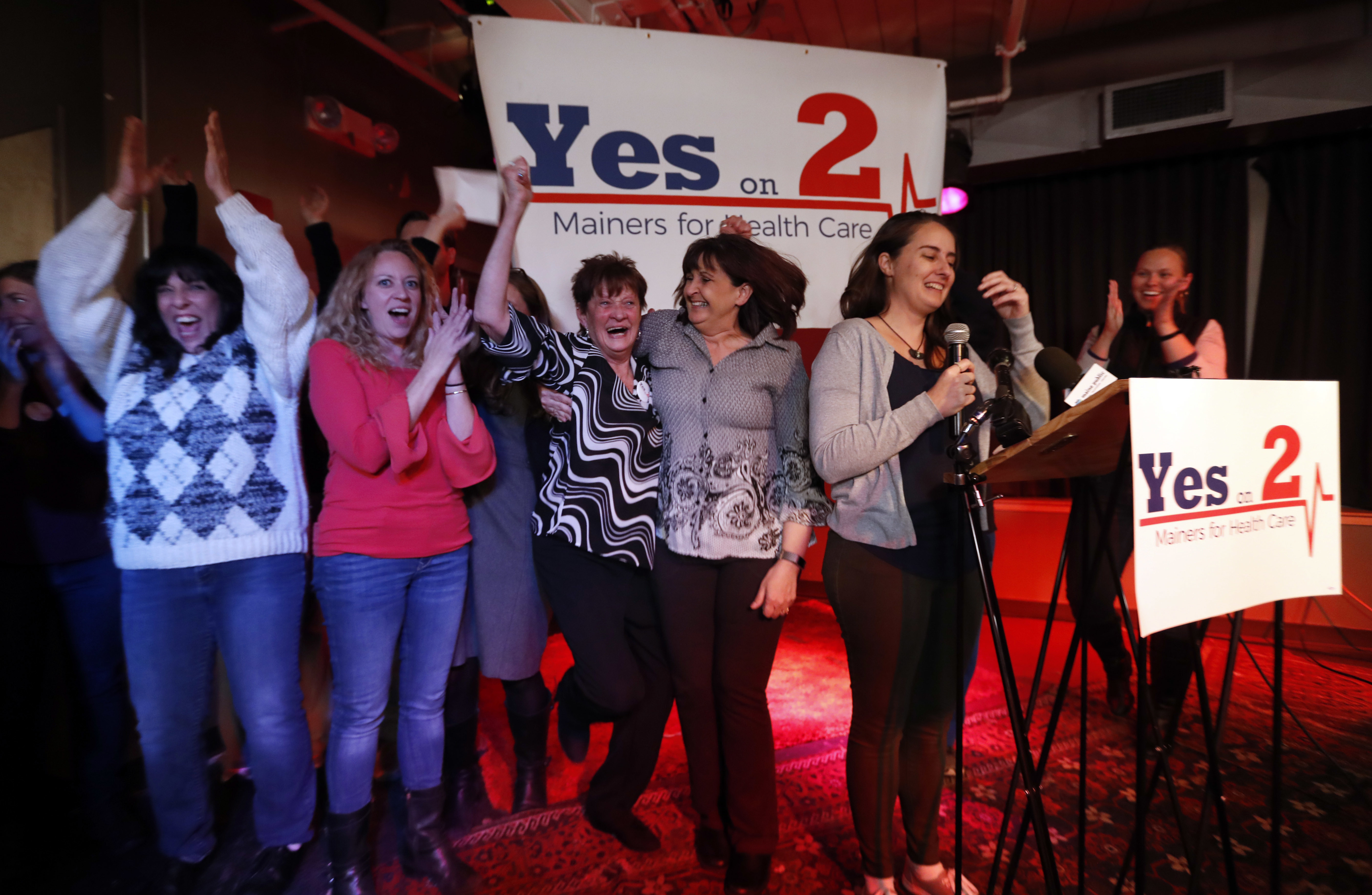 For supporters and opponents of “Obamacare,” Maine’s question took on the form of a referendum on one of the most important pieces of the Affordable Care Act. Votes to expand had a nearly 60 percent edge late Tuesday, with more than three-quarters of precincts reporting.

The contest took place in a politically charged atmosphere with GOP efforts to undermine, or repeal, the health overhaul. Here in the nation’s Northeast corner, the issue was personal to many in a rural state that has the nation’s oldest population and the region’s lowest wages and has suffered from a string of mill closings.

Passage of the proposal means an estimated 70,000 people in Maine can gain health coverage. About 268,000 people currently receive Medicaid in the state.

LePage often summarizes his argument by saying: “Free is expensive to somebody.” He also warned that he would have to divert $54 million from other programs — for the elderly, disabled and children — to pay for the state’s share of the expansion once it’s fully implemented.

LePage’s office didn’t immediately respond to a request for comment. Maine Republican Party Chairwoman Demi Kouzounas said she was “disappointed” by the result and that the party will continue to oppose “more dependence on government.”

The initiative’s supporters have reported spending about $2 million on their campaign, with hundreds of thousands of dollars coming from out-of-state groups. By comparison, the lead political action committee established to oppose the measure has spent a bit less than $300,000.

This may not be the last state vote. Backers of Medicaid expansion in Idaho and Utah have started similar efforts to get the question on the 2018 ballots in their own states.