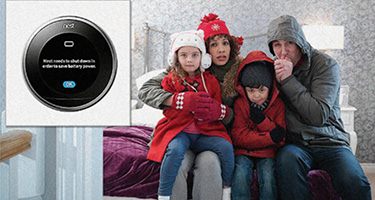 When designing products for the Internet of Things (IoT), research is showing that the user experience with software is often more important than the experience with the IoT device itself. While most of the studies focus on consumers and consumer targeted IoT products, the point is valid for industrial IoT designers too.

The study focused on IoT products for the “smart home.” This idea consists of hardware devices and software apps that, when combined, should make an efficient system for consumers. But a new report from Argus Insights shows that consumers are overall more frustrated with the applications that dictate, schedule and manage each device than with the actual devices themselves.

According to data compiled from nearly 50,000 “Smart Home” device and app reviews from August 2015 to the present, a number of developers’ apps lack features users want. Users indicate that they are more frustrated with the software applications than with the actual devices. It appears as though end users look at the hardware and software experiences differently. Once the hardware is installed, which should be an easy process, the hardware functions in the background. Users have much more interaction with the software app. Thus, they are looking for the best functionality of the software possible. In many cases, this functionality means fast video streaming, short load times, and minimal video blackouts. It’s here users find a gap in expectations among IoT products.

One company that appears to be an exception is Honeywell, which offers a more synchronized hardware and software ecosystem and is doing well among consumers. Research shows it has beaten Nest with an overall better experience.

The analytics from IoT implementation are supposed to help make it easier to shrink the gap between user expectation and product operation. But this study shows that simply buying into the concept of the IoT is not enough. If the IoT really delivers on valuable, useful information that can aid design, it’s still up to designers to use that information appropriately. The other companies mentioned in the research, AT&T, ADT and Comcast, illustrate what happens when IoT data are not used, or not used well to aid design—loss of market share.