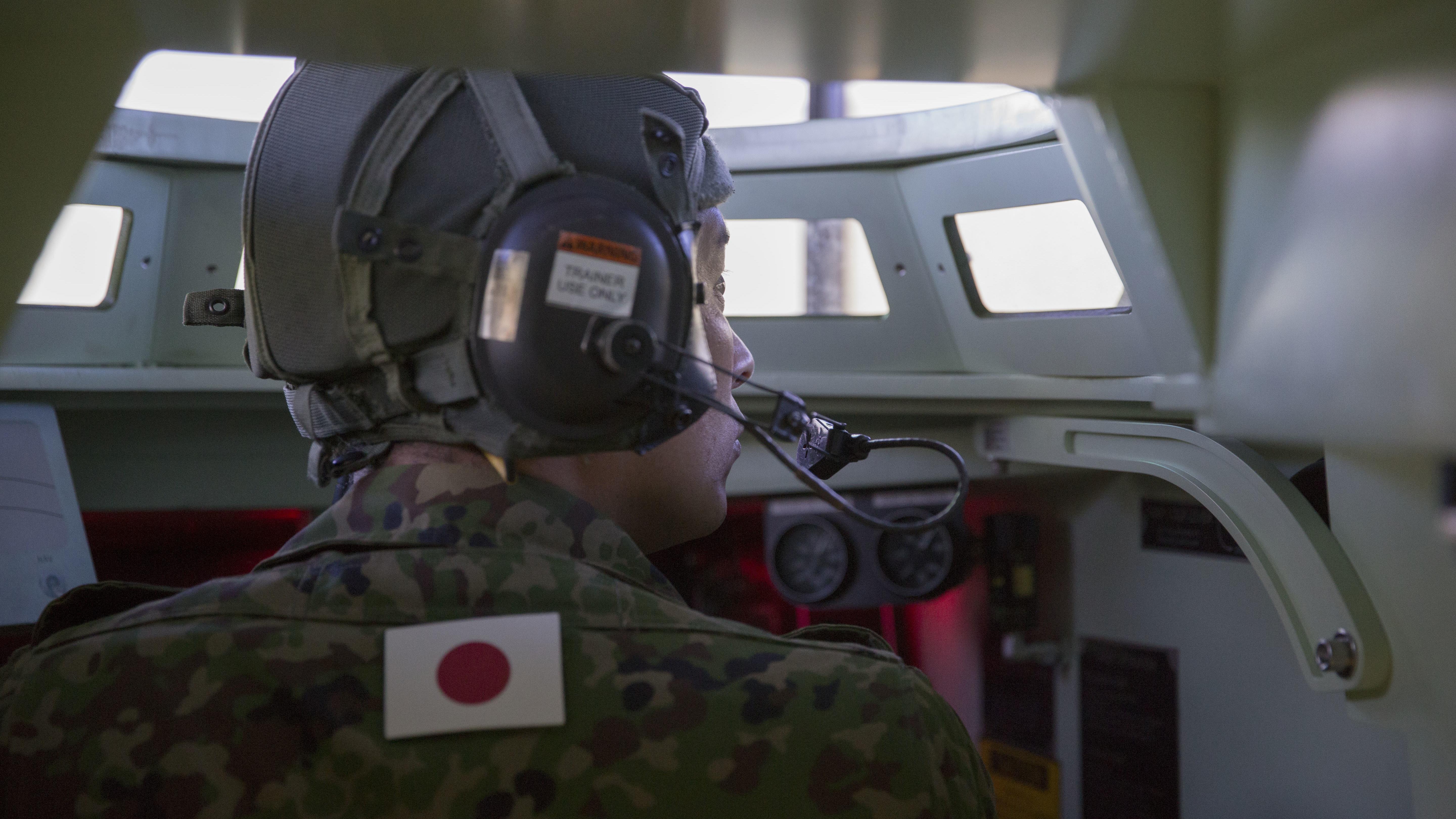 As the cross-hairs of the scope landed on target, Cpl. Ishida, from the Japan Ground Self-Defense Force’s Western Army Infantry Regiment, squeezed the trigger of the .50-caliber machine gun. The tremor from each round firing traveled up his arms and into his body as he kept the machine gun on his target. Smoke from the machine gun floated past and machine gun fire filled the room. He stood up in the machine gun turret smiling as he turned to his fellow soldiers, who stood watching from behind.

Similar to the Marines, JGSDF soldiers began their hands-on training in a simulator, which tests the amphibious assault crew’s skills working together to overcome various challenges such as engaging moving and stationary targets at unknown distances. The simulator also offers the ability to control variables, such as weather conditions, the amount of ammunition and weapon system failures.

“The simulator allows us to develop any scenario for the [JGSDF] soldiers, teaching them the individual, crew and section leader levels,” said Casey. “It is important for the crew of an amphibious vehicle be able to quickly identify a target, know their weapons capabilities and execute engagements with their weapon systems effectively.”

“Working with the simulators gives the [JGSDF] soldiers the chance to begin to experiment and learn from different scenarios,” said 1st Lt Michael Ragonese, platoon commander, for 1st Platoon, Bravo Co., 3rd Amphibian Assault Battalion. “The simulator offers that hands-on appreciation for the capabilities and limitations of the amphibious vehicle.”

Since 2006, exercise Iron Fist has offered Marines and JGSDF soldiers the unique opportunity to train and work side-by-side on U.S. soil.

The knowledge shared during exercise Iron Fist will effectively increase the cohesion between the U.S. Marines and the JGSDF soldiers during an amphibious operation, said Ragonese.