NASA’s Curiosity Mars rover has begun an up-close investigation of dark sand dunes up to two stories tall. The dunes are on the rover’s trek up the lower portion of a layered Martian mountain.

The dunes close to Curiosity’s current location are part of “Bagnold Dunes,” a band along the northwestern flank of Mount Sharp inside Gale Crater. Observations of this dune field from orbit show that edges of individual dunes move as much as 3 feet (1 meter) per Earth year.

The rover’s planned investigations include scooping a sample of the dune material for analysis with laboratory instruments inside Curiosity.

Curiosity has been working on Mars since early August 2012. It reached the base of Mount Sharp in 2014 after fruitfully investigating outcrops closer to its landing site and then trekking to the mountain. The main mission objective now is to examine successively higher layers of Mount Sharp. 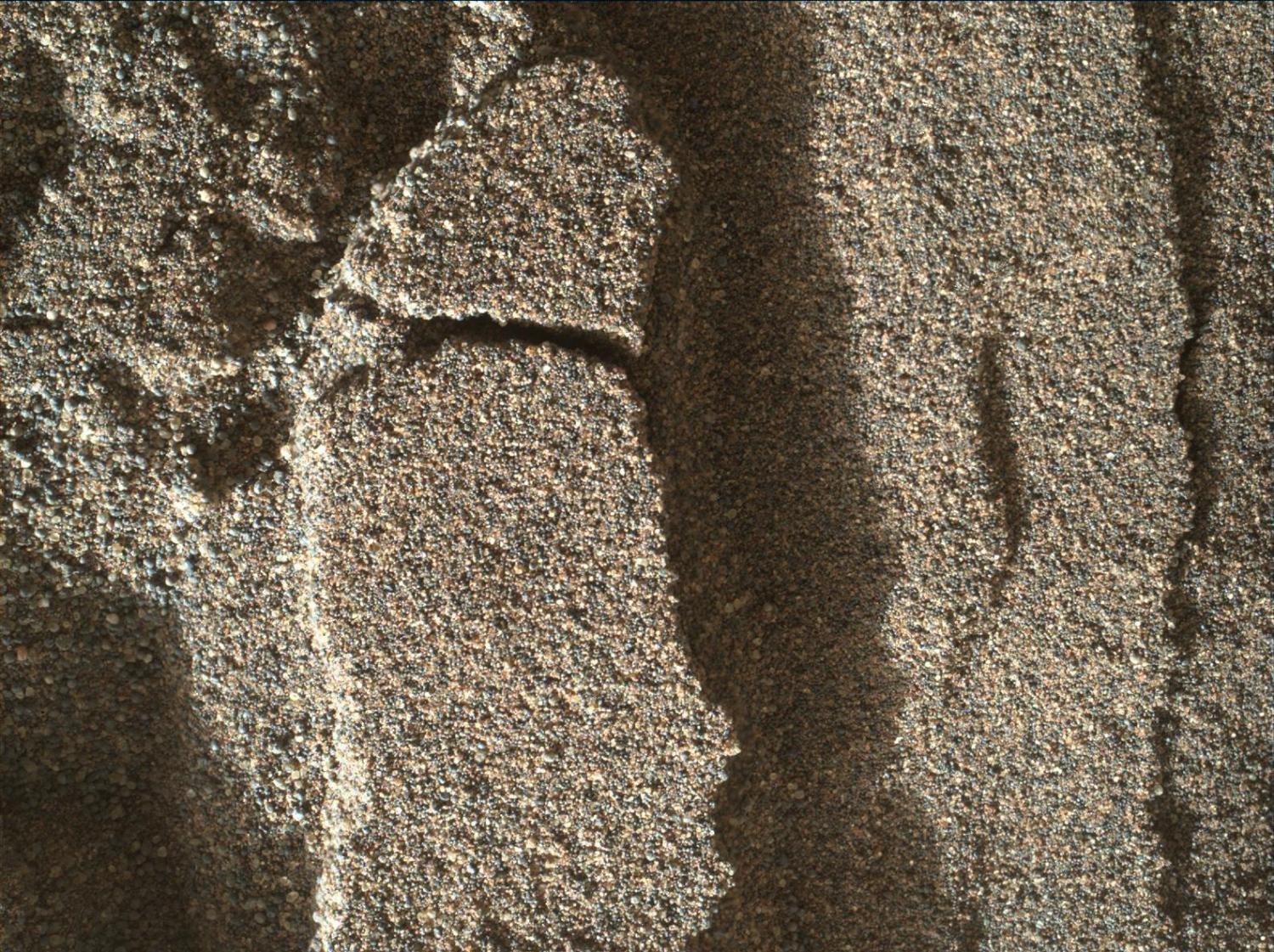 This view shows grains of sand where NASA’s Curiosity Mars rover was driven into a shallow sand sheet near a large dune. The disturbance by the wheel exposed interior material of the sand body, including finer sand grains than on the undisturbed surface. Sunlight is coming from the left. The scene covers an area 1.3 inches by 1.0 inch (3.3 by 2.5 centimeters). This is a focus-merge product from Curiosity’s Mars Hand Lens Imager (MAHLI), combining multiple images taken at different focus settings to yield sharper focus at varying distances from the lens. The component images were taken on Dec. 3, 2015, during the 1,182nd Martian day, or sol, of Curiosity’s work on Mars. Credit: NASA/JPL-Caltech/MSSS 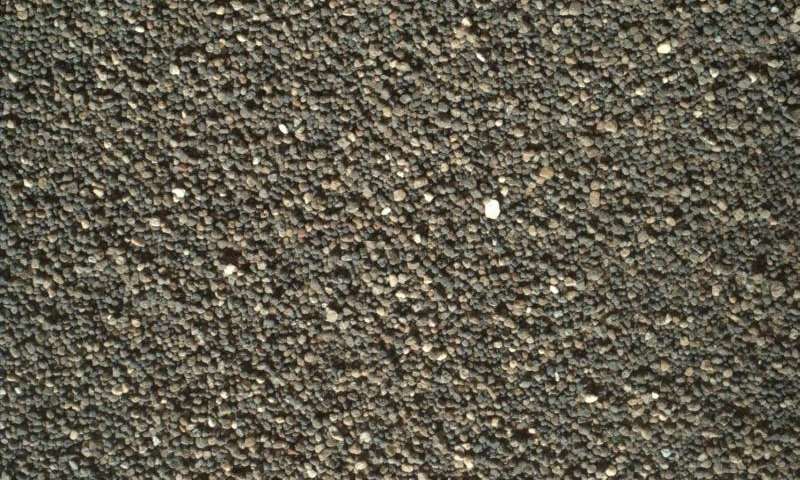 This view of the undisturbed surface of a Martian sand dune called “High Dune” visited by NASA’s Curiosity rover shows coarse grains remaining on the surface after wind removal of smaller particles. The image covers an area 1.4 inches by 1.1 inches (3.6 by 2.7 centimeters). It was taken by the Mars Hand Lens Imager (MAHLI) camera on the rover’s arm on Dec. 5, 2015, during the 1,184th Martian day, or sol, of Curiosity’s work on Mars. The imaged location is near the base of the dune. High Dune, in the Bagnold Dunes field skirting the northwestern flank of Mount Sharp, is the first sand dune studied in place anywhere except Earth. What distinguishes actual dunes from windblown ripples of sand or dust, like those found at several sites visited previously by Mars rovers, is that dunes form a downwind face steep enough for sand to slide down. Credit: NASA/JPL-Caltech/MSSS