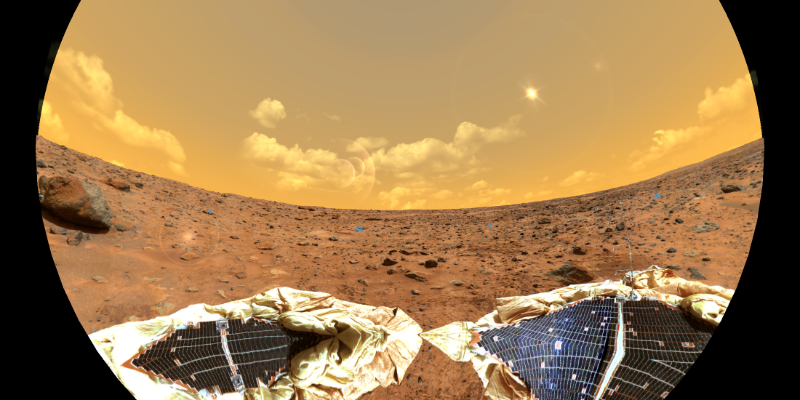 A computer-generated image from Marshall’s Meteoroid Environments Office shows the view from Acidia Planetia on Mars, which was the site of fictional astronaut Mark Watney’s home base in the film “The Martian.” Credits: NASA/MSFC

Though the Martian terrain echoes some features of our own planet, the atmosphere is quite different: thin, cold, dusty and often stormy.

Observing these conditions and adapting our technologies to thrive in them is essential to someday living and working on the Red Planet.

Marshall Space Flight Center’s scientists and engineers have several tools to prepare our equipment – and someday, our crew – for the journey.

The Mars Global Reference Atmospheric Model is a Marshall-developed and maintained model of the Martian atmosphere. Mars-GRAM is widely used for diverse mission and engineering applications such as lander systems design, performance analysis, and operations planning for aerobraking, entry, descent and landing. 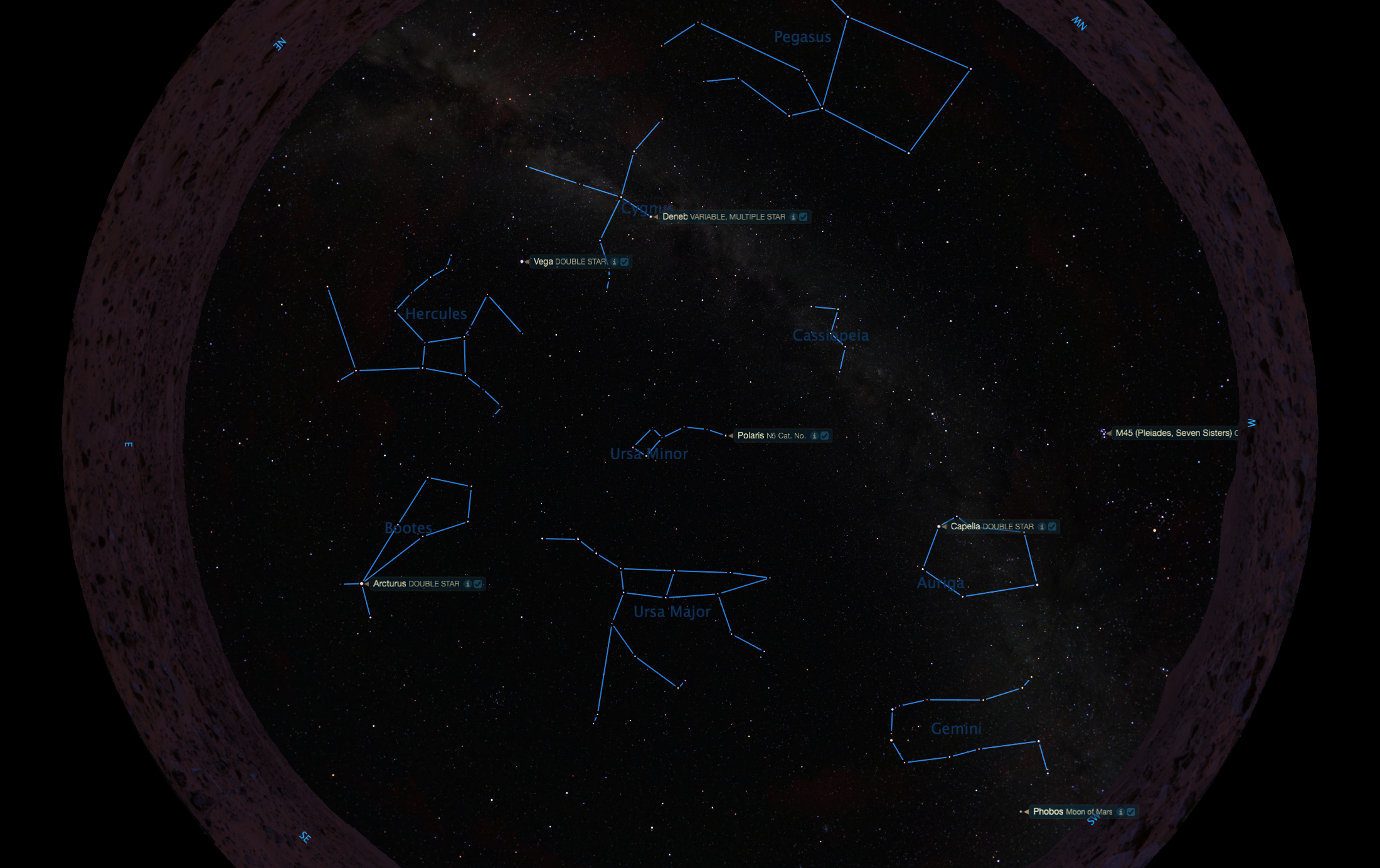 A computer-generated image from Marshall’s Meteoroid Environments Office shows the night sky and the location of several constellations as they would appear from Acidia Planetia on Mars, which was the site of fictional astronaut Mark Watney’s home base in the film “The Martian.” Credits: NASA/MSFC

Marshall scientists and engineers also observe and monitor the Martian neighborhood for cosmic traffic – such as a passing comet — that may threaten orbiting instruments.

In 2014, the Meteoroid Environment Office formed the Comet Siding Spring Local Working Group to monitor the celestial body’s close approach (it passed within approximately 84,000 miles of Mars on Oct. 19).

Prior to the comet’s closest approach to Mars, orbital maneuvers were completed to move the Mars Reconnaissance Orbiter, Odyssey orbiter and Mars Atmosphere and Volatile EvolutioN spacecraft to a “minimum risk” area behind Mars and away from fast moving cometary dust.

MRO and Odyssey monitored the atmosphere of Mars and MAVEN monitored Mars’ upper atmosphere before, during and after the comet’s approach, turning the potentially hazardous encounter into a science opportunity.