The flawless launch of the SpaceX Falcon 9 rocket on May 22, 2012 was another successful step for maxon motor ag in the use of high precision motors in the astronautics industry. The crucial tasks of the motors in the SpaceX mission included orienting the solar arrays of the Dragon spacecraft towards the sun for the power supply. 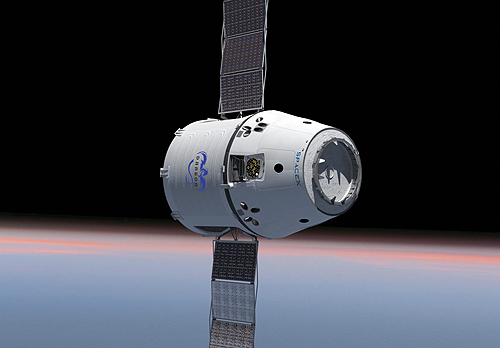 For the power supply, the solar arrays of the Dragon capsule are oriented towards the sun by maxon motors.

The Falcon 9 is first private cargo capsule in the history of space travel. The voyage of the unmanned “Dragon” spacecraft, developed by the Californian company SpaceX, was a historical event for all involved. Never before had a private company developed a combined spacecraft and launch system capable of undertaking an orbital rendezvous and then returning to earth. 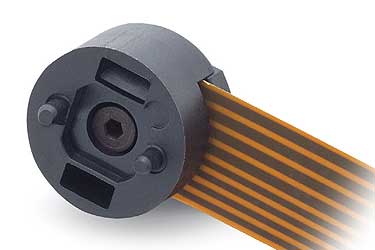 MR-Encoder Technology from maxon motor is built into the electro mechanical joint of the rover.

The maxon brushless motors rotate the solar arrays and keep them aligned with the sun as Dragon orbited the earth, open the instrument bay door which contains navigation equipment, and lock in place the fixture that allows Dragon to be grappled by the space station’s robotic arm.

On May 25, 2012, astronaut Donald Pettit successfully used the 17.6 m robotic arm of the ISS to grapple the Dragon and guide it to the docking point on the space station. The 4.4 m tall Dragon spacecraft supplied 520 kg (1146 lb) of scientific equipment and food to the ISS. On May 31, the 6 ton capsule detached from the ISS and splashed down under parachutes in the Pacific Ocean off the coast of California on the same day. The capsule was returning 660 kg (1455 lb) of material from the ISS. Now that NASA has phased out its space shuttle program, the Dragon is the only means of transporting such large quantities of material back to earth.

The maxon team has been working on the SpaceX motor project for the last year. NASA has contracted with SpaceX for another twelve flights to the ISS. In a few years, the spacecraft will carry seven astronauts to the international space station. 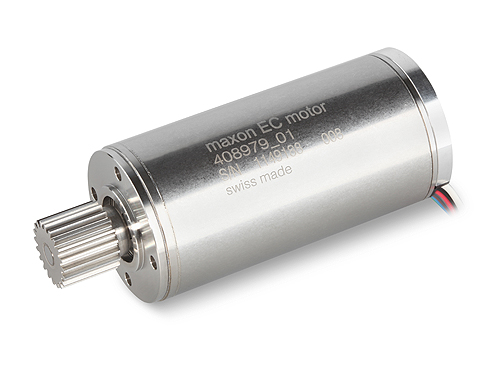 And the new Mars rover Curiosity ended its six-month long journey to Mars with a successful landing in August, 2012. As everything went according to plan, the control center at Jet Propulsion Laboratory erupted in cheers. Said Adam Steltzner, NASA engineer and lead scientist of the JPL landing team, “This is the start of a new, exciting excursion on the Red Planet. In contrast to the rovers Opportunity and Spirit, Curiosity can travel further distances on its six wheels and run longer without solar energy as a radionuclide battery gives energy for years. The plan is that the rover will explore the immense Gale Crater on Mars for signs of life for two years. And this with impressive equipment on board – a gas chromatograph will hopefully uncover organic compounds; a spectrometer will analyze the composition of rocks, which will be collected by the two-meter long robot arm and a neutron source will look for hydrogen in the ground. 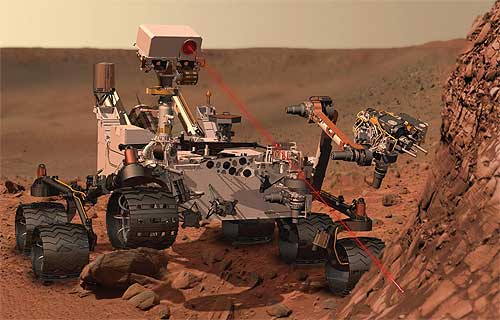 On its “Mission to Mars” Curiosity has maxon products on board. The MR Encoder technology is built into the electro mechanic joints of the rover. The magnetic sensors are mounted on the drive shafts and are responsible for controlling the motors. Curiosity’s little brother Opportunity is still on its journey on Mars; for the past 8 years the rover has been exploring Mars.