SEARCHING FOR THIS CENTURY’S STEAM LOCOMOTIVE

THE TECHNOLOGIES WE COVER HERE in this special issue on mechanical power transmission in motion control are for the most part well aged; that is, not exactly new but tried and true. These are components like mechanical screws, electric motors and gears but also belts and pulleys and chains and sprockets, along with a supporting cast of components including bearings, clutches and brakes, and more.

These echoes of Industrial Revolution-era technologies have no doubt been refined, improved and updated for contemporary uses. And this got me to thinking about one of the most revolutionary developments in motion and power in human history; namely, the steam locomotive. In the history of mechanical power transmission, you’d be hard-pressed to find an example of a technology that so completely demonstrated the revolutionary power of science and engineering.

Steam locomotion is hardly used at all today largely due to the inefficiencies of steam compared with other methods of locomotion. Railroads long ago switched to electric and diesel locomotives as prime sources of motive power. A few steam locomotives are still used mostly in developing countries. In fact, the last bastion of sizable steam locomotives was in China, where they were manufactured up until the turn of the 21st century.

For anyone who’s experienced a steam locomotive up close, it can most accurately be described as mesmerizing. It’s hard to find a more compelling example of a self-contained mechanical power transmission system in action that captures our attention on so many levels. A steam locomotive engages all of the senses; the sight of the driving rods powering the wheels on the rails, the puffs of steam escaping from valves and smokestack; the sound of building steam pressure in the cylinders and its release; the smell of burning coal heating the water in the boiler to steam; even the feeling of the vibrations from the tons of hot metal on the track thundering past. It is an experience of the raw power of engineering and motion unlike any other that captures the imagination on so many different levels.

Why am I bringing this up? Because of a sense that there may be a larger point here. Without overly romanticizing it, a steam locomotive was a succinct and accessible example of the intersection of science, cutting-edge engineering, art and craftsmanship, combined with the thrill and excitement of danger that touches at something primal within us.

Looking at mechanical power transmission today, it’s hard to find something with quite the same appeal. There are many (good) reasons for this. Systems are quieter, smoother, and more efficient. Also, they’re mostly electromechanical systems, with an emphasis on the electrical side of things. Some of this includes the revolutionary presence of electronic computing and communication technology; specifically mobile electronic devices that are largely “black boxes” whose inner workings are hidden from view, and, I’d argue, from the understanding of most people as well. The magic, you might say, is no longer visible. 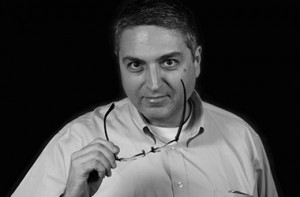 Perhaps the question I’m asking is in our own age, is there a technology that is capable of engaging the imagination in the way that the steam locomotives of yore could do? Perhaps robots and artificial intelligence? The recent spate of videos showing robots doing amazing things may come close. The robotic revolution of today, which brings together mechanical elements with cutting edge computing power, may well be the 21st century example of something similar, though not quite equal to the enduring fascination of steam-powered locomotives.

Weigh in and let us know what you think.