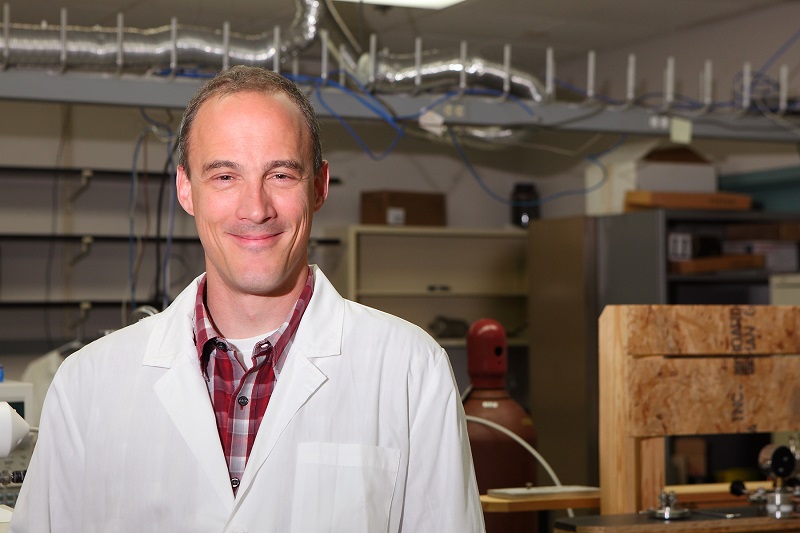 Researchers at the University of Illinois at Chicago describe a new technique for precisely measuring the temperature and behavior of new two-dimensional materials that will allow engineers to design smaller and faster microprocessors. Their findings are reported in the journal Physical Review Letters.

Newly developed two-dimensional materials, such as graphene — which consists of a single layer of carbon atoms — have the potential to replace traditional microprocessing chips based on silicon, which have reached the limit of how small they can get. But engineers have been stymied by the inability to measure how temperature will affect these new materials, collectively known as transition metal dichalcogenides, or TMDs.

“Microprocessing chips in computers and other electronics get very hot, and we need to be able to measure not only how hot they can get, but how much the material will expand when heated,” said Robert Klie, professor of physics at UIC and corresponding author of the paper. “Knowing how a material will expand is important because if a material expands too much, connections with other materials, such as metal wires, can break and the chip is useless.”

“We need to understand how heat builds up and how it is transmitted at the interface between two materials in order to build efficient microprocessors that work,” said Klie.

Klie and his colleagues devised a way to take temperature measurements of TMDs at the atomic level using scanning transition electron microscopy, which uses a beam of electrons transmitted through a specimen to form an image.

“Using this technique, we can zero in on and measure the vibration of atoms and electrons, which is essentially the temperature of a single atom in a two-dimensional material,” said Klie. Temperature is a measure of the average kinetic energy of the random motions of the particles, or atoms that make up a material. As a material gets hotter, the frequency of the atomic vibration gets higher. At absolute zero, the lowest theoretical temperature, all atomic motion stops.

Klie and his colleagues heated microscopic “flakes” of various TMDs inside the chamber of a scanning transmission electron microscope to different temperatures and then aimed the microscope’s electron beam at the material. Using a technique called electron energy-loss spectroscopy, they were able to measure the scattering of electrons off the two-dimensional materials caused by the electron beam. The scattering patterns were entered into a computer model that translated them into measurements of the vibrations of the atoms in the material – in other words, the temperature of the material at the atomic level.

“With this new technique, we can measure the temperature of a material with a resolution that is nearly 10 times better than conventional methods,” said Klie. “With this new approach, we can design better electronic devices that will be less prone to overheating and consume less power.”

The technique can also be used to predict how much materials will expand when heated and contract when cooled, which will help engineers build chips that are less prone to breaking at points where one material touches another, such as when a two-dimensional material chip makes contact with a wire.

“No other method can measure this effect at the spatial resolution we report,” said Klie. “This will allow engineers to design devices that can manage temperature changes between two different materials at the nano-scale level.”