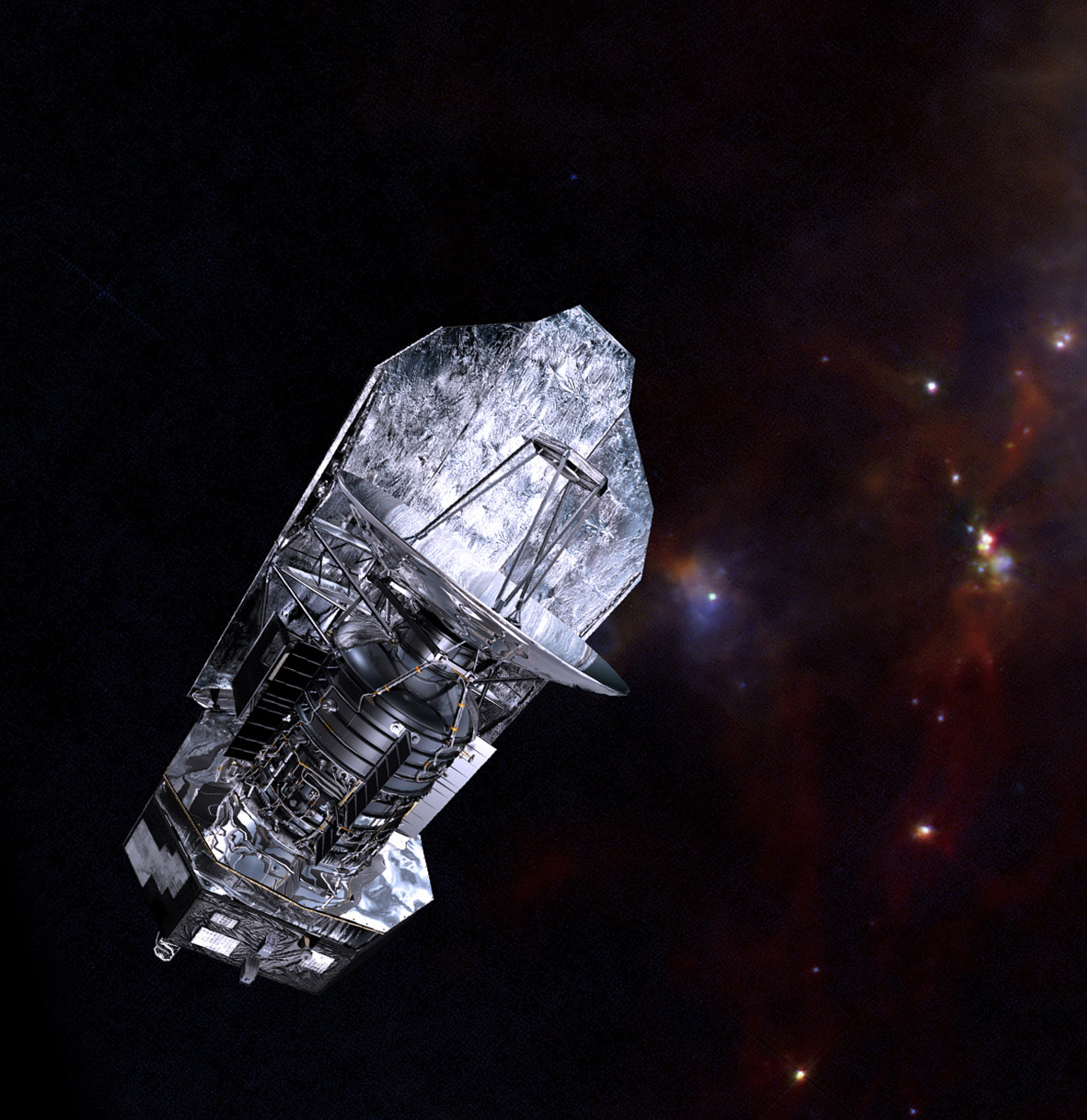 Space holds numerous fascinating objects which we can only investigate by observing their radiation – even beyond the visible range. For space telescopes such as the European Space Agency’s (ESA) infrared observatory Herschel, whose mission is to observe radiation in the far-infrared, cooling the instruments is of vital importance, since the instruments themselves must not emit disturbing infrared radiation.

The mirrors of these telescopes, which are used at temperatures below ‑190 °C, are made of special, ultrastable ceramics such as silicon carbide. In order to plan the exact dimensions correctly, even at such low temperatures, the precise thermal expansion of the materials used must be known. Within the scope of a recently completed ESA project, the Physikalisch-Technische Bundesanstalt (PTB) in Braunschweig measured the thermal expansion of these ceramics as well as that of single-crystal silicon in the temperature range from ‑266 °C to 20 °C with high accuracy.

In vast parts of the temperature range investigated, the accuracy attained corresponds to a relative change in length of approx. one billionth per degree Celsius. The investigations have also shown that the values used to date for the reference material of “single-crystal silicon” must be corrected. The latest issue of the renowned scientific journal Physical Review B contains a report dedicated to the latter of these two subjects.Space telescopes such as Herschel explore spectral ranges that are not accessible from the Earth; they can therefore only be used in space. How critical it is to know the exact thermal expansion of the materials used when setting up such telescopes was clearly demonstrated during one of the latest ESA missions, as it was revealed that the simulations performed previously were not in agreement with the manufactured mirrors.

The discrepancies were fortunately not discovered in space, but still led to unnecessary delays. To prevent such unpleasant surprises from recurring in the future, in-depth investigations of the materials used were required. For their investigations within the scope of the ESA project, René Schödel’s research group used PTB’s ultra-precise interferometer to measure the length of the samples across the whole temperature range with nanometer accuracy.

This interferometer is the only one of its kind in the world. To allow measurements to be taken with similar accuracy but with less effort, even at other institutes, reference materials whose exact thermal expansion is known are usually used for comparison. One such reference material is single-crystal silicon, which is characterized by a continuous lattice structure with very few defects; it was also investigated by the researchers.

Similar to some of the ultrastable ceramic materials, silicon exhibits a peculiar behavior: at low temperatures, it starts re-expanding below a certain temperature. This dynamic characteristic – which is rather unexpected in everyday life – was also exactly measured by the scientists from PTB. Their measurements yielded an important result: across a vast temperature range, they discovered significant deviations from the reference values used to date for single-crystal silicon. This suggests that the reference values must be corrected.