A mechatronics approach can help you increase energy efficiency in packaging machinery. Here’s why. When drive electronics are mounted on the motors on the machine frame, as seen here on Ropak Manufacturing Company’s Stik Pak form/fill/seal machine, heat is dissipated through the motor frame into the air and the machine frame.

In packaging machinery, a mechatronics approach will help you:

A mechatronics approach let’s you do more with less.  As packaging machine builders are recognizing, heavier doesn’t mean better in terms of machine construction. There are several ways to increase energy efficiency in packaging machinery and contribute to Overall Equipment Effectiveness (OEE), or consuming less energy by running more continuously at optimum speed, mostly by eliminating frequent short stoppages. Here are a few of those ways.

Air
Reduce or eliminate air-actuated devices. Compressed air is widely recognized as costly to produce, and it consumes electrical energy better used directly for actuation.  Compressed air by-products include ambient noise and lubricating oil that must be filtrated. Eliminating compressed air for grippers and cylinders simplifies design and maintenance by an entire subsystem.

Depending on the application, various mechanical grippers make practical alternatives, from robot end-of-arm tooling to fingers that erect corrugated cases by projecting into the flutes.

Electromechanical actuators, often based on integrated stepper or servo motors and drives, offer mounting flexibility and will respond to diverting, laning, collating, and rejecting actions for packs or products.

When pneumatics cannot be eliminated–most often the case in product gripper applications–consider venturi-type vacuum pumps that generate vacuum at each gripper rather than holding vacuum over long distances from a central mechanical pump.

Heat
Heat is often a form of energy that must be dissipated, often with control cabinet fans and air conditioning.  An alternative is to replace cabinet-mounted drives with popular integrated motor/drive modules distributed on the machine.

There, ambient cooling tends to prevent heat from concentrating at levels within the enclosed cabinet where it can cause damage.  The motor casing itself can serve as a heat sink for motor-mounted electronics, and the machine frame can be used to absorb heat from the motor face.

Shock
Servo systems smooth operation through continuous motion, as opposed to intermittent motion. Eliminating the shock from mechanical drive trains on a main line-shaft as they engage and disengage from a large motor, multiple servos divide the work and reduce the amount of brute force required.

Continuous motion, whether rotary or inline, increasingly uses advanced motion software profiles instead of stop/start motions triggered by sensors. This represents the smoothest design strategy, which may also be why the paper boy learns to toss newspapers from a moving bike.  In a case packer or cartoner, the case or carton may come to a complete stop, but perhaps the products do not, and may be picked on the fly from a moving conveyor by a robot arm.

Distance
It may seem obvious, but moving shorter distances uses less energy. Sometimes, though, that is easier said than done. Rounding the paths of robot arms, pusher arms and other devices create the shortest distance between two points.  Advanced algorithms can control acceleration, speed, and deceleration to reduce speed at critical points in a cycle and go faster to “catch up” in less-critical segments.  Such algorithms also permit smaller motors to efficiently handle larger loads.

Inertia
Reducing inertial loads, especially on devices such as end-of-arm tooling that may result in overhung loads, can reduce motor energy consumption.  Rather than steel and cast iron, some machines make greater use of aluminum and composites.  Instead of heavy castings, lighter-weight sheet material is used.  If the machine runs smoother, the machine frame doesn’t need to
absorb as much energy.  Monocoque frames have a more rigid structure with less material than conventional ladder frames.

Balance
Accumulation has long been an important strategy in packaging lines. It makes up for limited synchronization between machines and prevents blocking or starving machines.  Tighter synchronization, now available through newer controls, and tight physical control over packages – such as star wheels, servo chucks, servo bottle plates, end-of-arm tooling, flighted belts and pucks – reduce the footprint and energy previously needed to keep a line well balanced and running smoothly. This approach is effectively demonstrated by monobloc filler-capper-labelers that are available today.

Footprint and regeneration
Footprint and uptime are important, because each square foot in a plant has associated HVAC and lighting energy costs, not to mention the non-energy related overhead costs of bricks and mortar. Conversely, regeneration saves energy by running multiple drives from a shared power supply or common DC bus, because a motor can generate and return electricity to other motors once it has released its load. Heat is dissipated through the Stik Pak’s motor frame instead of building up in the control panel that must be air conditioned or fan-cooled. Here, Ropak Manufacturing Company’s Andrew Fenton shows how just two power supplies (at lower right hand side of closed cabinet) reside in the Stik Pak machine’s control cabinet for 14 machine-mounted servo modules, significantly reducing panel size as well.

Response
Industrial controllers tend to look vaguely similar – boxes with connectors and other interfaces to the outside world. Inside, however, the difference between a programmable logic controller (PLC) processor and that of a processor in a robust programmable automation controller (PAC) can make a huge difference in motor sizing.  How so?  New controller architectures are so responsive that smaller motors can be used. As the speed of information processing increases — i.e., the controller and the servo drives — the ability to compensate for material properties and variability increases. Compiled code running on a Pentium processor in cache memory runs up to 50 times faster than interpreted code on a PLC processor.  That equates to 250 microseconds, instead of an interpreted program scan of 20 milliseconds, which is a huge difference in response to inputs. This image provides a closeup of central lubrication connection on a bearing on Tekkra Systems’ wrapper. Automated lubrication takes the human element out of premature bearing wear, which causes friction that requires more motor current to overcome.

The rule of thumb used to be that a servo attached to load required an inertial mismatch of less than 10:1, which was to compensate for a weak control system.  Advanced controllers today commonly go well beyond 10:1.  That means smaller motors can use less energy to handle bigger loads.

Drives get information from the controller, but the current, speed and position feedback comes directly from the motor, and at 9 KHz (an 80-microsecond current loop), that allows torque control that can respond on the fly to changes in materials at rates equivalent to up to 3,000 cycles per minute.

That is why it is also very important to close the position loop in the drives, instead of just in the controller with its network latency.  Even with the fast current loop described here, a 1 ms position loop would create jitter — meaning the motor will literally shake.

Friction
Another easy choice is central lubrication instead of zerk fittings located all over and under a machine.  Hoses run from each bearing or other lubrication point to either a lineup of zerks or a reservoir that automatically replenishes the points to be lubricated.  This is true low-hanging fruit — lack of lubrication is the great killer of everything from passenger cars to pruning shears to packaging machinery, because it causes friction, requiring additional current to drive the load and generating heat.

Measurement
Adapting commercially available power monitors used in building automation can be a simple way to benchmark packaging machine energy usage, and can facilitate measurement of the impact of energy initiatives, which can lead to further changes to better manage energy usage.

Making the choice
The benefits of OEE are finally catching on among packaging OEMs, although measuring the parameters is still in its infancy. Ultimately, however, the most important benefit to end-user customers is not throwing away good product contained in bad packs. This means there is a direct correlation between energy-efficient, sustainable packaging operations and a comprehensive OEE approach, which provides the means to identify, measure, analyze and take actions to correct inefficiencies.

The best way to learn more about energy efficiency measures that can be built into packaging machines to increase OEE is to make contact with a trusted supplier of solutions that can facilitate these ends, both mechanical and automation/control. Armed with the latest technologies and strategies can help a packaging machinery OEM help their customers better manage both energy usage and costs. 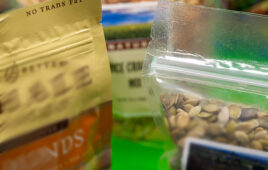 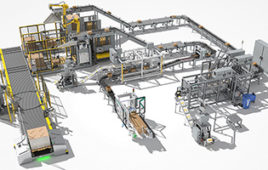 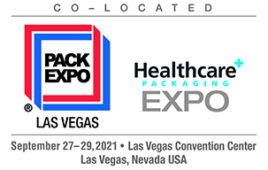