Michigan ordered a Flint hospital Tuesday to immediately comply with federal recommendations that were issued due to its association with a deadly Legionnaires’ disease outbreak, saying the hospital’s water system is unsanitary and a possible source of illness.

The order, which was issued by the state Department of Health and Human Services, said McLaren Flint has insufficiently shown compliance with recommendations made by the Centers for Disease Control and Prevention in the fall.

The hospital fired back, accusing the state of providing “absolutely no support” during the 2014-15 outbreak and retroactively casting blame after criminal charges were filed against 13 current or former state and city workers.

Some outside experts suspect the spike in cases was linked to Flint’s improperly treated, lead-contaminated tap water, but the state said a review “has raised several new questions that require answers.”

The state cited a report from December 2014 in which a company that tested McLaren’s water said it seemed that the municipal water was not contributing to the hospital’s Legionella bacteria issues and the problems instead were “likely internal to the hospital system.” The state said it will appoint a monitor, conduct independent water testing, and force the hospital to cooperate with requests for information.

McLaren said it already has provided much, if not all, of the information outlined in the order but plans to be fully responsive.

“Despite the fact that dozens of Legionnaires’ disease cases have been reported in patients that have had absolutely no contact with our facilities, and despite the growing consensus among public health and infectious disease specialists that the city’s use of the Flint River as a water source is the prime contributor to our community’s Legionnaires’ disease epidemic, the state refuses to broaden its perspective and hold itself and others accountable for the inaction of prior years,” the hospital said in a statement. 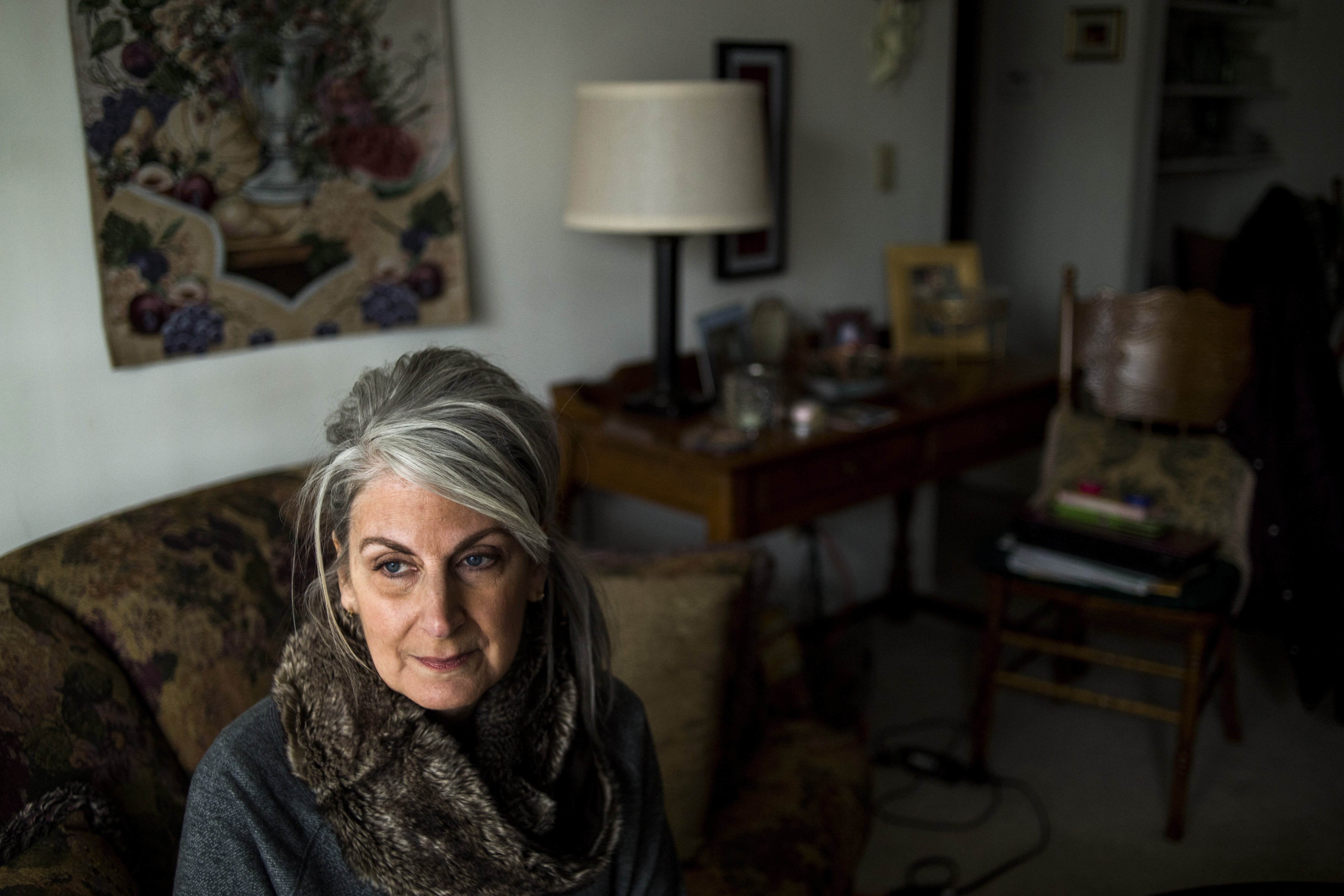 Terri Nelson poses in the living room of her home in Flushing, Mich, on Wednesday, Jan. 20, 2016. After nearly 39 years married, Nelson will celebrate her wedding anniversary for the first time without her husband Dwayne Nelson who died from complications involving Legionnaires’ disease on Aug. 7, 2015 at McLaren Hospital in Flint, Mich. She said after hearing about Flint’s water supply potentially being the cause of an outbreak of Legionnaires’ disease in Genesee County that she and her family have put their own conclusions together. Out of some 87 cases in the county, 10 were fatal. (Jake May /The Flint Journal-MLive.com via AP)

The state, which has come under scrutiny for mishandling the outbreak and waiting to notify the public, is following up on Legionnaires’ cases after winning a legal dispute over access to records. It wants to know more about what the hospital is doing to strengthen its water system.

The order came the same day the mayor of Flint met with Gov. Rick Snyder to discuss Michigan’s decision to withdraw some financial assistance that was originally offered to help the beleaguered city and its residents cope with the man-made crisis.

In a “constructive discussion,” he said, he reaffirmed a state announcement from three weeks ago to stop paying a portion of customers’ bills and also halt covering Flint’s costs to use water from a Detroit-area system. The move will save the state more than $2 million per month.

The Republican governor said the payments will end because the level of lead in the city’s water no longer exceeds the federal limit. Residents are still encouraged to use faucet filters provided by the state.

Flint Mayor Karen Weaver, who did not speak with reporters afterward, had said Monday that the credits were supposed to continue through March under a recent state law and that she was disappointed by the “short notice” that they will last instead for water used through February. She said while her goal is to get “the state out” of Flint, “we weren’t ready for credits to be suspended.”

Snyder’s office estimates the state will have spent $41 million partially reimbursing customer bills for a nearly three-year period. Another $17.8 million has been contributed toward Flint’s Great Lakes Water Authority payments.

“I explained that we had authorization really through the time period we had,” said Snyder, who has apologized for his administration’s role in causing and prolonging the emergency.

Weaver had said city officials previously argued that the credits — which cover roughly two-thirds of the water portion of residential water/sewer bills — should last until the water is safe to drink without a filter.

Flint’s water emergency began when lead from old underground lines leached into the water supply because corrosion-reducing phosphates were not added due to an incorrect reading of federal regulations by state regulators. Elevated levels of lead, a neurotoxin, were detected in children, and 12 people died in the Legionnaires’ outbreak — 10 of them associated with McLaren.