Millions of young adults healthy enough to think they don’t need insurance face painful choices this year as the sign-up deadline approaches for President Barack Obama’s healthcare law. Fines for being uninsured rise sharply in 2016 — averaging nearly $1,000 per household, according to an independent estimate. It’s forcing those in their 20s and 30s to take a hard look and see if they can squeeze in coverage to avoid penalties. Many are trying to establish careers or just make progress in a still-bumpy economy.

“There’s only so far one can dwindle a ramen-noodle diet,” said Christopher Rael of Los Angeles. In his late 20s, Rael is pursuing a degree in sociology and working at a children’s center to pay his bills. With open enrollment over after Jan. 31, Rael is hoping his meager income will qualify him for Medi-Cal, the state’s version of Medicaid. “I cannot afford an additional bill,” he said. He paid a fine of about $150 for being uninsured in 2014. 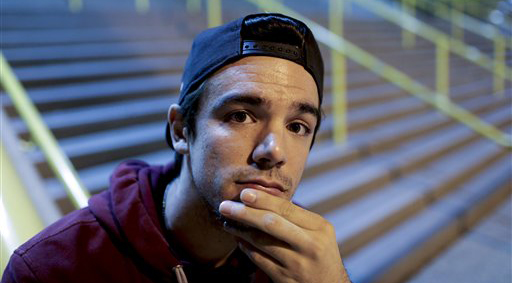 The minimum penalty rises to $695 in 2016 for someone uninsured a full 12 months and not eligible for one of the law’s exemptions. That’s more than double the corresponding figure of $325 for 2015. In practice, the fines will be higher for many consumers. That’s because the law sets the penalty as the greater of $695 or 2.5 percent of taxable income this year. A study by the nonpartisan Kaiser Family Foundation estimates the average 2016 penalty at $969 per uninsured household.

Fines are collected through the tax returns of uninsured people and in most cases deducted from their tax refunds. The penalty amounts will be increased by a cost-of-living factor in future years. Penalties are the healthcare law’s nudge to get healthy people into the insurance pool, helping keep premiums manageable for everyone.

Until now, the administration has mainly stressed the benefits: subsidized premiums and protection from the costs of unanticipated injury or serious illness. But with concerns that many young and healthy people still aren’t sold, officials are invoking the threat of penalties.

“The tax penalty is bringing more young and healthy consumers into the market,” Andy Slavitt, head of the Centers for Medicare and Medicaid Services, said in a recent speech. “We are using a large portion of our marketing resources to make sure that consumers are aware of the increasing fee for people that go without insurance.” Slavitt’s agency oversees the health care law.

The pressure of rising fines is butting up against the economic situations of uninsured people, nearly half of whom said in a recent Kaiser poll that they’ve tried but coverage is still too expensive. A big sore point has to do with high deductibles for many health-law insurance plans, which can leave consumers with thousands of dollars in medical bills.

Christina Loucks of Franklin, Tennessee, a small city near Nashville, says the way she figures it, she might still come out ahead financially by paying a $695 fine.

The insurance plans she’s looked at would cost her about $100 a month in premiums, after subsidies. That works out to around $1,200 a year. But the coverage comes with deductibles of several thousand dollars. If she got seriously ill, she would be on the hook for that before her insurance started paying. Normally, she just goes to the doctor for allergy prescriptions.

“I still see it as I am keeping $500 in my pocket,” said Loucks. The $500 is the difference between a full year of premiums and fine for being uninsured, and that calculation might work if she stays healthy.

In her 30s, Loucks is holding down two jobs as she tries to find a career that aligns with her interest in literature. She’s still dealing with student loans, not to mention rent and car payments. “I don’t see the benefit for me,” she said.

Loucks said she may wait until the last minute to make up her mind, but Julian Rostain has decided he’ll take a chance on being fined by the IRS. In his 20s, Rostain works as a cook at a country club. His dream is to open up his own establishment, serving up “American-French bistro food with Asian undertones.” He lives in Kennett Square, Pennsylvania, a farming area not too far from Philadelphia.

Rostain’s savings in a rainy-day fund wouldn’t allow him to qualify for expanded Medicaid, and he doesn’t think he can cover insurance premiums on his budget. “Do you really think people who can’t afford healthcare should have to pay a penalty?” asks Rostain. The law does offer a low-income exemption, and he’s checking into it.

While rising penalties could boost health care sign-ups this year, that’s not likely to win hearts and minds for Obama’s Affordable Care Act, which remains politically divisive. “We are talking about paying premium prices for underwhelming healthcare,” said D.J. Byrnes, a sports blogger from Columbus, Ohio, in his 20s and uninsured. “If I want to buy something, I want to make sure it’s quality.”