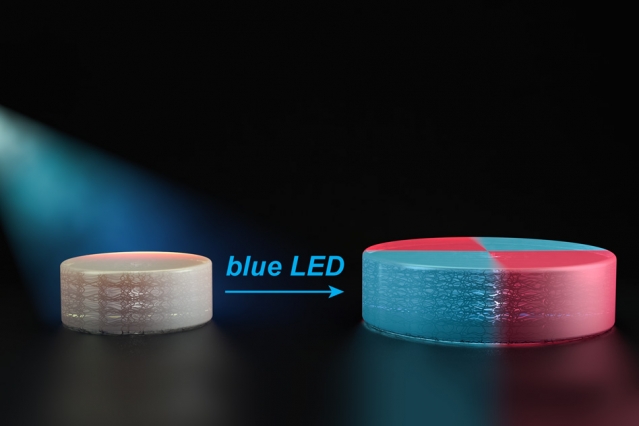 Can 3D-printed items ever grow? When you produce an item through additive manufacturing, the polymers used are dead and cannot be extended to form new polymer chains.

Chemists at the Massachusetts Institute of Technology may have found a way to change that.

The researchers developed a technique that allows them to print objects, go back, and add new polymers that alter the materials’ chemical composition and mechanical properties. The method also makes it possible to fuse two or more printed objects together to form more complex structures.

“The idea is that you could print a material and subsequently take that material and, using light, morph the material into something else, or grow the material further,” says Jeremiah Johnson, the Firmenich Career Development Associate Professor of Chemistry at MIT.

Johnson was the senior author on a paper detailing the technique in the Jan. 13 issue of ACS Central Science.

Researchers led by Johnson developed a technique years ago to create adaptable 3D-printed structures. They demonstrated that they could use a type of polymerization stimulated by ultraviolet light to add new features to 3D-printed materials back in 2013. This ultraviolet light broke apart the polymers at certain points to create reactive molecules called free radicals. These free radicals would bind to new monomers from a solution surrounding the object and incorporate them into the original material.

For the next step in their research, they designed new polymers that are also reactivated by light but in a different way. Each of the polymers contains chemical groups that act like a folded-up accordion. These chemical groups – called TTCs – are activated by organic catalysts that are turned on by light. When blue light from an LED shines on the catalyst, it attaches new monomers to the TTCs, making them stretch. As these monomers are incorporated uniformly throughout the structure, they give the material new properties.

“That’s the breakthrough in this paper,” says Johnson. “We really have a truly living method where we can take macroscopic materials and grow them in the way we want to.”

The researchers did discover a limitation to their technique: the organic catalyst requires an oxygen-free environment. They’re now testing other catalysts that have reportedly catalyzed similar polymerizations in the presence of oxygen.