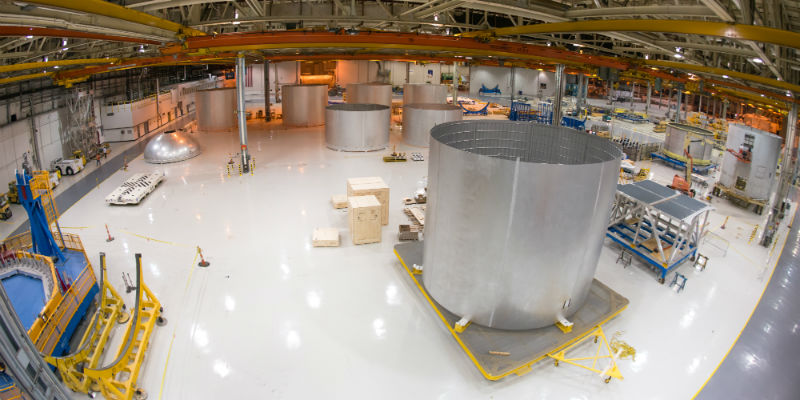 Technicians at NASA’s Michoud Assembly Facility in New Orleans have completed more than 50 pieces of flight and qualification hardware for the liquid oxygen and liquid hydrogen tanks for the agency’s new rocket, the Space Launch System (SLS), and are ready to move forward with welding.

SLS will be the most powerful launch vehicle ever built for deep space missions, including to an asteroid placed in lunar orbit and ultimately to Mars.

The core stage, towering more than 200 feet, will store cryogenic liquid hydrogen and liquid oxygen that will feed the vehicle’s four RS-25 engines. The qualification hardware will be used to make test versions of the tanks.

When completed, the test version tanks will be shipped aboard NASA’s Pegasus barge to the Marshall Space Flight Center in Huntsville, Alabama, for structural loads testing on new stands currently being built.

The flight hardware will be used on the maiden flight of SLS, called Exploration Mission-1. Watch a video on the progress at Michoud.