Spacecom, an Israeli-based startup, announced Monday the completion of its essential design and review phase for its AMOS-17 communications satellite, which is set to enter its full production stage. The AMOS-17 was specifically designed to cover the African continent, and is tentatively scheduled for a launch at some point in early 2019. The AMOS-17 will operate from 17˚ E, along with expanding and strengthening Spacecom’s coverage throughout Africa, the Middle East, and Europe.

The AMOS-17 will offer thorough Ka-band, Ku-band, and C-band HTS services, while combining broad regional and high throughput beams, maximizing the spectral efficiency. The AMOS-17 will be supplied with the latest generation digital payload, making it what Spacecom describes as the “most advanced” satellite over Africa. With an expected in-orbit life of 19 years, the AMOS-17 will continue delivering Spacecom’s long-term commitment to its African markets, bringing multi-band high-throughput technologies to deliver unique service capabilities that aren’t possible on conventional satellites. 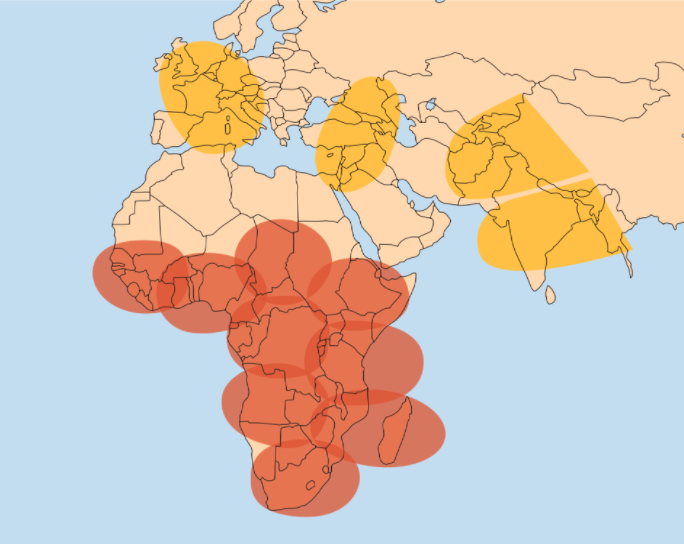 Spacecom also operates three other AMOS satellites (3, 4, and 7), which provide broadcast and communicative services to Europe, the Middle East, and Asia through direct-to-home and broadcast satellite operators, Internet service providers, telecom operators, network integrators, and government agencies. The AMOS-17 was constructed by Boeing in 2016, who aimed to develop an all-digital satellite for meeting the growing needs of its Eastern Hemisphere markets.

The AMOS-17 will be launched into orbit by SpaceX, using a Falcon-9 launch vehicle. Spacecom is taking advantage of credits from fees the company already paid SpaceX, for launching the AMOS-6. SpaceX designated these credits to Spacecom after the AMOS-6 was lost during an unsuccessful launch in September 2016.

While the AMOS-17 will be covered by the loss of its predecessor, Spacecom doesn’t consider this advanced craft a replacement for the AMOS-6. The company intends on filling the void created by the destroyed satellite with the AMOS-8, another satellite Spacecom intends on launching in the latter-half of 2020.