NASA engineers and scientists saw years of design work come to fruition when the Mars rover Curiosity, a 2,000-lb feat of excellence, settled onto the red planet in a gentle touchdown of glory.

But it wasn’t just the efforts of NASA personnel that gave humanity that moment—and every other win in the thousand-plus days that Curiosity has successfully documented Mars terrain. Scores of suppliers (among them many motion-component manufacturers) also saw their designs succeed. 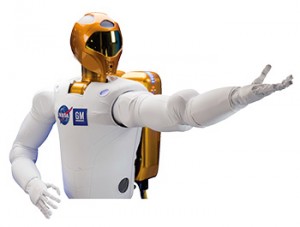 In our inaugural edition of this Design World Motion Casebook, we profile applications that showcase this kind of engineering excellence. Read through this Casebook, and you’ll discover how smart bearings could soon improve rail and wind-turbine applications … and how customengineered conveyors and robots are leading warehouse automation in packaging. You’ll also see how smart motors power next-generation peristaltic pumps to circulate blood without pulsations.

Reconsider Curiosity. As details about its design (including some of its bearings, actuators, and software) continue to go public, we cover the technical details.

For example, we now know that tubular piezo stacks from Physik Instrumente (PI)

This is the recovery of SpaceX’s Dragon spacecraft off the coast of southern California in early 2015 after a parachute-assisted splashdown. Thanks to durable components, Dragon can repeatedly return supplies and experiments back to Earth

are on the rover and still working perfectly, currently helping in the collection of soil samples from the red planet’s Gale Crater. The solid-state actuators go on a Chemistry & Mineralogy (CheMin) instrument to help scoop Mars dirt into test chambers and dump it out when tests are done. Conventional polymer-insulated piezo actuators would’ve been too sensitive to humidity and temperature extremes on Mars. But PI’s ceramic encapsulation (cofiring that puts piezo-elements in monolithic blocks) makes the actuators more durable. In fact, PI PICMA actuators with the same design now work for nanopositioning systems in semiconductor test and inspection, super-resolution microscopy, and bionanotechnology.

Curiosity engineers tapped motionindustry resources on the software side as well. They used Adams multi-body dynamics software from MSC to design Curiosity’s descent and landing. Simulating of touchdown details helped them prevent flight hardware from banging during breakaway of a Descent Rate Limiter and bridle deployment.

Other aerospace projects exhibit motion-design brilliance. Just turn to page 61 of this Casebook, where we detail how encoders on a Sentinel-1A satellite support inter-satellite laser communications. Or consider how the European space probe Rosetta recently landed on the comet Chury, and an array of dc motors from maxon motor helped the craft do its job. 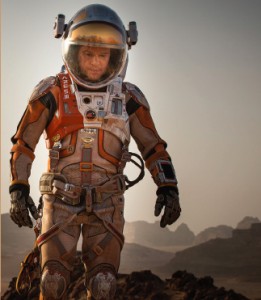 To be sure, aerospace applications are challenging, so are subject to failures. An experimental NASA cubesat recently showed altitude-control issues; the SpaceX CRS-7 mission earlier this year (to resupply the ISS) failed after an explosion originating from a liquid oxygen tank; defective pressure gauges recently delayed the launch of the European Space Agency’s ExoMars 2016 mission. Despite such challenges and in celebration of those averted, may we let today’s applications in aerospace and other motion industries bring us inspiration, and let us welcome the technologies they kindle tomorrow. 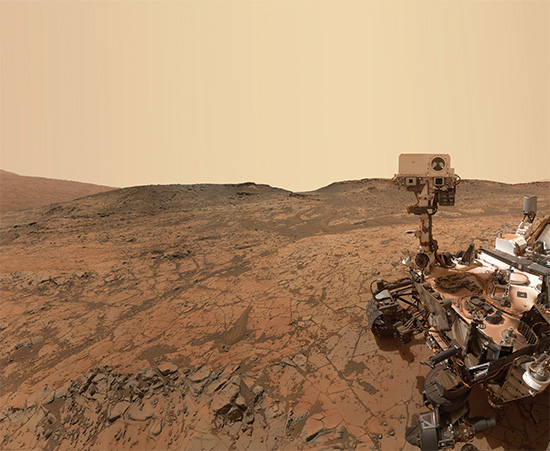 NASA’s Curiosity rover took of itself with its robotic Mars Hand Lens Imager camera arm on October 5, 2015 (its 1,126th in service). In the background is Mars’ Gale Crater. Image courtesy NASA 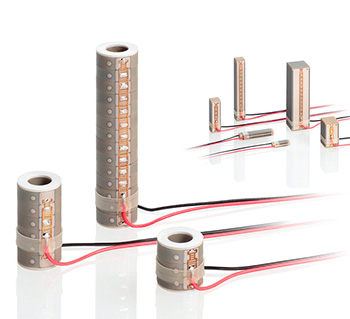 After passing extensive NASA tests, PI’s PICMA actuators got into Curiosity and still work in the sample-analysis system of the CheMin sample-collection instrument. (The tests confirmed PICMA actuators deliver 96% of their original stroke after 100 billion cycles.) 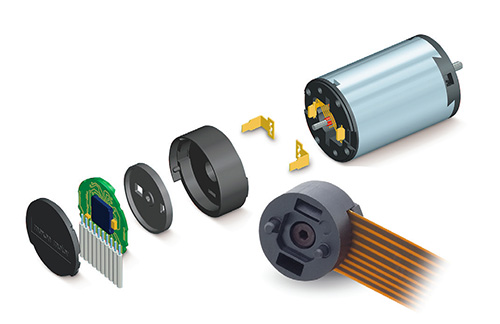 DU metal-polymer bearings from GGB Bearing Technology go into the spindle of Curiosity’s soil-grinding drill, which the rover uses in getting samples.