A team of researchers from the Cross Cancer Institute in Canada, known as the Linac-MR Project, is combining magnetic resonance imaging with a linear particle accelerator to facilitate ultra-precise radiation therapy.

Imagine trying to aim at a moving target, knowing that if you hit outside the bull’s eye, the consequences could be serious. In this case, the bull’s eye is a tumor and missing the mark could mean serious side effects for patients receiving radiation therapy. That’s how the team of researchers at the Cross Cancer Institute describes the complexity involved in targeting radiation treatments. 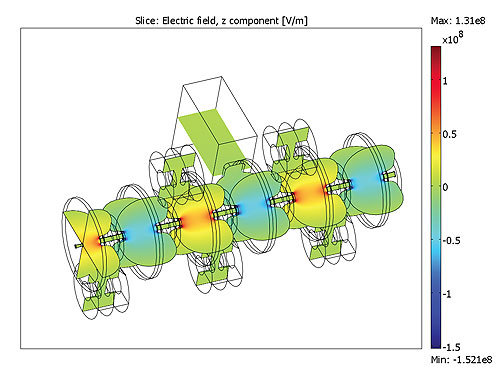 By simulating the Linac-MR system in COMSOL Multiphysics software, the team was able to reduce the size of the required waveguide from 150 cm to 30 cm.

The reality unfortunately is that radiation therapy for cancer involves significant uncertainty in accurately targeting tumors. While magnetic resonance imaging (MRI) may be used to help by accurately identifying the location of a tumor in soft tissue, it has to be carried out totally independently of radiation treatment delivered by a linear particle accelerator (Linac) because the two techniques conflict.

The problem revolves around the fact that MRI scanners require extremely faint radio frequency (RF) signals from the patient to produce an image. The electrical needs of the Linac, however, produce very large RF signals that interfere with the process of collecting faint signals. Electrons from the Linac need to be directed precisely onto a target to produce cancer-killing X-rays, but the stray magnetic fields from the MRI deflect the electrons, impairing the Linac’s function.

If the two systems could be combined, they would form an ideal treatment system that could very accurately pinpoint any tumor at all times during treatment, in particular, tumors within the thorax or abdomen that move with breathing. This has until recent years been regarded as an impossible undertaking. Now, a team based at the Cross Cancer Institute in Edmonton, Canada, has proven that it is not.

One Challenge after Another

Professor Gino Fallone of the University of Alberta, established a task force to try and solve this problem in 2005. Since then, he and his team have been knocking down barriers previously thought to be insurmountable. They achieved proof of concept in 2008 when they built a fully operational prototype designed for the head of the patient. 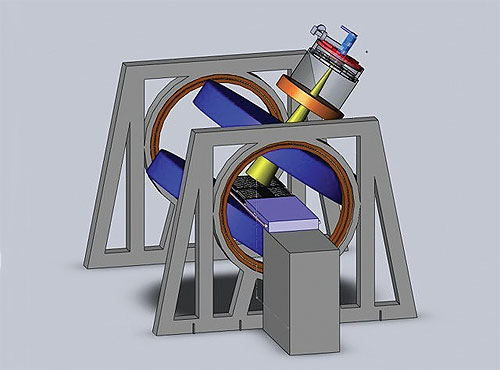 “It would be difficult to overstate all the different underlying engineering and physics issues within the Linac-MR Project,” Fallone says. “We have had to consider the design of the MRI system, the Linac, the optimal combination of both, and the room in which the new installation would be housed.” Simulation played a vital role in the progression towards clinical use of real-time, MRI-guided radiation therapy, and team members have been using COMSOL Multiphysics software to simulate these complex physics interactions since 2006.

The team started by using COMSOL software to conduct magnetostatic simulations in order to establish a way to shield the Linac from the magnetic fields. “Having resolved that problem, we moved on to other issues, such as simulating and optimizing the structure of the MRI scanner, which had to incorporate a hole for the beam of X-rays to pass through,” says team member Stephen Steciw, an Associate Professor at the University of Alberta. “We had previously investigated the impact on the image quality when a Linac rotates around an MRI. We, therefore, studied angle-specific field heterogeneities and different ways to circumvent these.” The results of the simulation verified that designing the Linac and the scanner to move together as one whole system would resolve this issue. 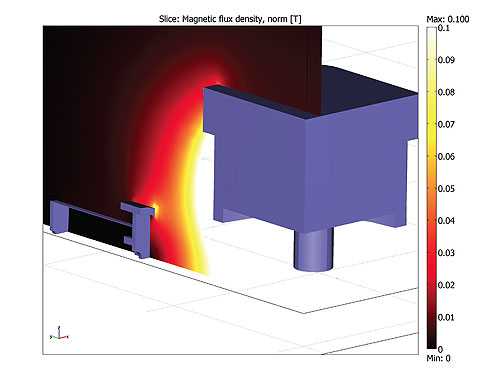 COMSOL Multiphysics was also used to determine if the room that would house the Linac-MR would need to be magnetically shielded. The software indicated it would and also determined the appropriate thickness of the steel lining.

With regard to shielding the Linac, the initial aim was to shield down to 0.5 gauss, the magnitude of Earth’s magnetic field. To accomplish this, the steel plate of the shielding wall was initially set at a thickness of 5 cm and a dimension of 200 cm by 200 cm.

Joel St. Aubin, a former medical physics PhD graduate student who worked on the project, elaborates, “Using COMSOL Multiphysics, we were able to verify the tolerances of the Linac to the magnetic field and reduce the shield to a radius of 30 cm with a thickness of 6 cm.” The new shield was more than three times lighter than the original, which is much more practical from an engineering design point of view. This new shield also dramatically reduced the MRI’s field inhomogeneities—by more than three times—which is critical for producing a distortion-free MRI image.

In addition to the passive shielding of the Linac, the team also investigated active shielding, running an electromagnetic simulation of a counter magnetic field. 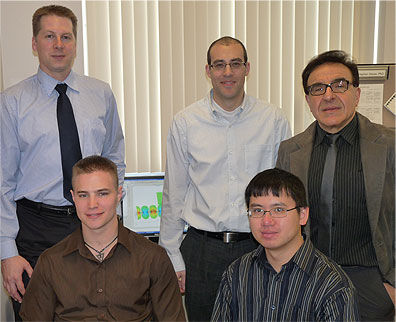 High Energy with a Short Waveguide

“We wanted the Linac MR to generate a 10-megaelectronvolt (MeV) electron beam,” explains Steciw. “Given current sizing options, that would have meant buying a waveguide that was actually capable of generating 22-MeV electrons and measured 150 cm, which was too much and too long for our needs.” The team estimated that they would need 70 cm in length, but by using COMSOL Multiphysics software, they found out that they could reduce the waveguide to 30 cm.

This reduction in length is of major significance because it meant that the room the team was designing and constructing to take the Linac MR could then be significantly smaller. COMSOL Multiphysics was also used to establish whether this special room needed to be magnetically shielded. The results indicated that it did, and further simulations were performed to determine the thickness of the special steel lining.

Research update: the first whole-body Linac MR is being constructed inside this room and is expected to be in public use by 2016.

The prototype is being used for fundamental research on the engineering of the system’s critical component. The team is now preparing the documentation required to seek government approval for a Linac MR to be used as an investigational device for humans in clinical trials.

“COMSOL Multiphysics is an extremely practical and helpful tool, which is enabling us to do this important work,” says Fallone. “Cancer patients currently have to undergo irradiation of the whole area around a tumor and some internal organs are particularly difficult to treat because they are so difficult to see. The Linac MR is set to transform radiation therapy.”