‘TIE’-ins, Tatooine and The Droids You’re Looking For

NASA astronauts “use the force” every time they launch … from a certain point of view. We have real-world droids and ion engines. We’ve seen dual-sun planets like Tatooine and a moon that eerily resembles the Death Star. And with excitement building around the premiere of Star Wars: The Force Awakens, the Force has even been felt 250 miles above Earth on the International Space Station.

Recently returned station astronaut Kjell Lindgren is such a fan that he posed with his station crewmates in a Jedi-themed mission poster and talked to StarWars.com about it.  Shortly before leaving the station, Lindgren tweeted about the uncanny resemblance of the station’s cupola to the cockpit of an Imperial TIE Fighter.

That’s not the first connection we’ve noticed. When space shuttle Atlantis left the International Space Station after 2007’s STS-117 mission, it caught a view of the station that looked to some like a TIE fighter giving chase:

The “TIE-ins” go beyond casual resemblance to real engineering. NASA already uses actual ion engines (“TIE” stands for “Twin Ion Engines”) on spacecraft like Dawn, currently orbiting the dwarf planet Ceres. In fact, Dawn goes one better with three ion engines. The next generation of this engine is being considered for the Asteroid Redirect Mission, a stepping stone on NASA’s Journey to Mars. 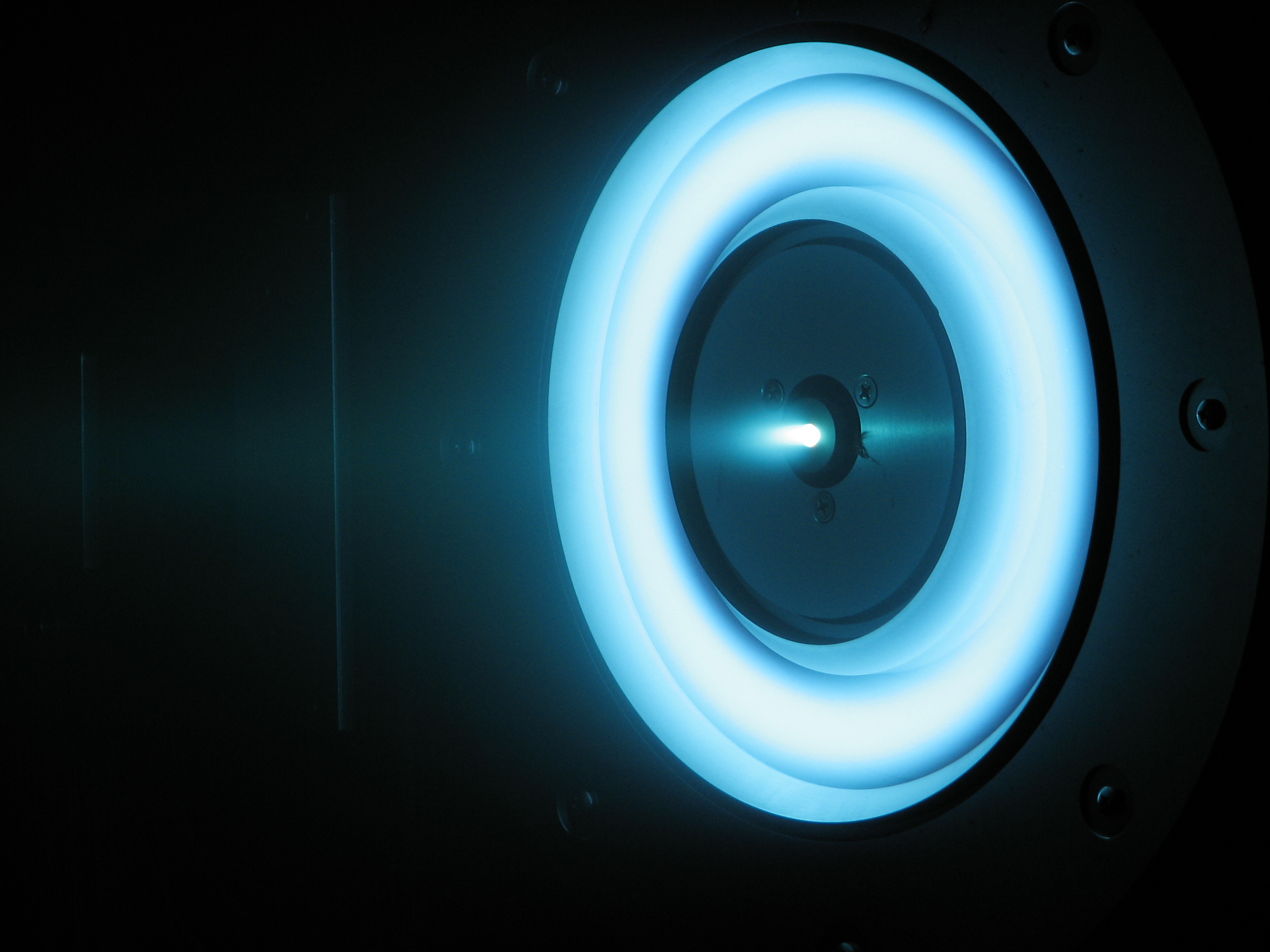 We Actually Do Have the Droids You’re Looking For

NASA has robots roving and exploring all over the solar system, but it’s our own “R2” that’s most likely to resonate with Star Wars fans. Robonaut 2, launched in 2011, is working along side humans on board the International Space Station, and may eventually help with spacewalks too dangerous for humans. Incidentally, an earlier version of Robonaut bore a strong “facial” resemblance to enigmatic bounty hunter Boba Fett. 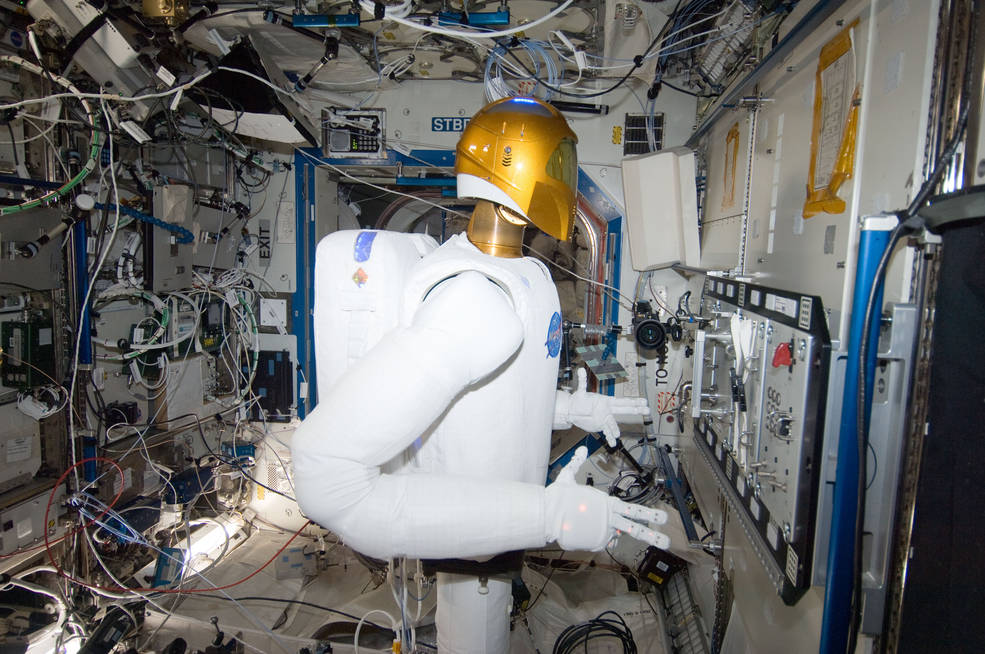 NASA’s own “R2,” Robonaut 2, at work on board the International Space Station (Credits: NASA)

Another “droid” seen on the space station was directly inspired by the saga. In 1999, then Massachusetts Institute of Technology (MIT) professor David Miller, now NASA’s Chief Technologist, showed the original 1977 Star Wars to his students on their first day of class. After the scene where hero Luke Skywalker learns lightsaber skills by sparring with a floating droid “remotes” on the Millennium Falcon, Miller stood up and pointed: “I want you to build me some of those.” 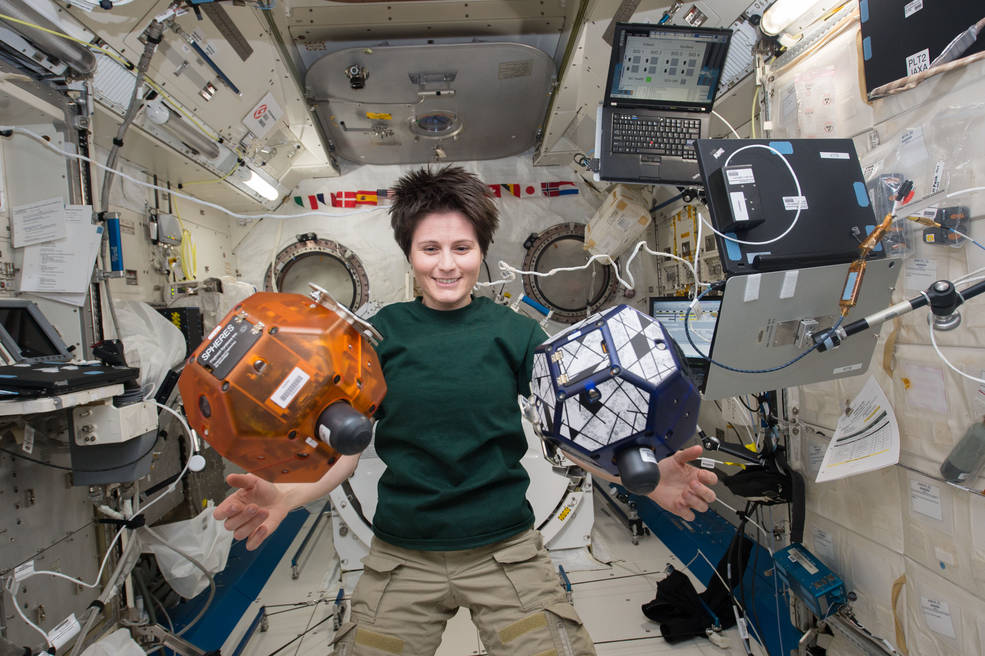 We couldn’t resist having some fun with SPHERES and other NASA technology by creating a series of social media shareables for Star Wars Day, or “May the Fourth Be With You.”

When we send our spacecraft into the solar system and point our telescopes beyond, we often see things that seem taken right out of the Star Warsuniverse. Saturn’s moon Mimas has become known as the “Death Star” moon because of how its 80-mile wide Herschel crater creates a resemblance to the Imperial battle station, especially when seen in this distant view from Cassini: 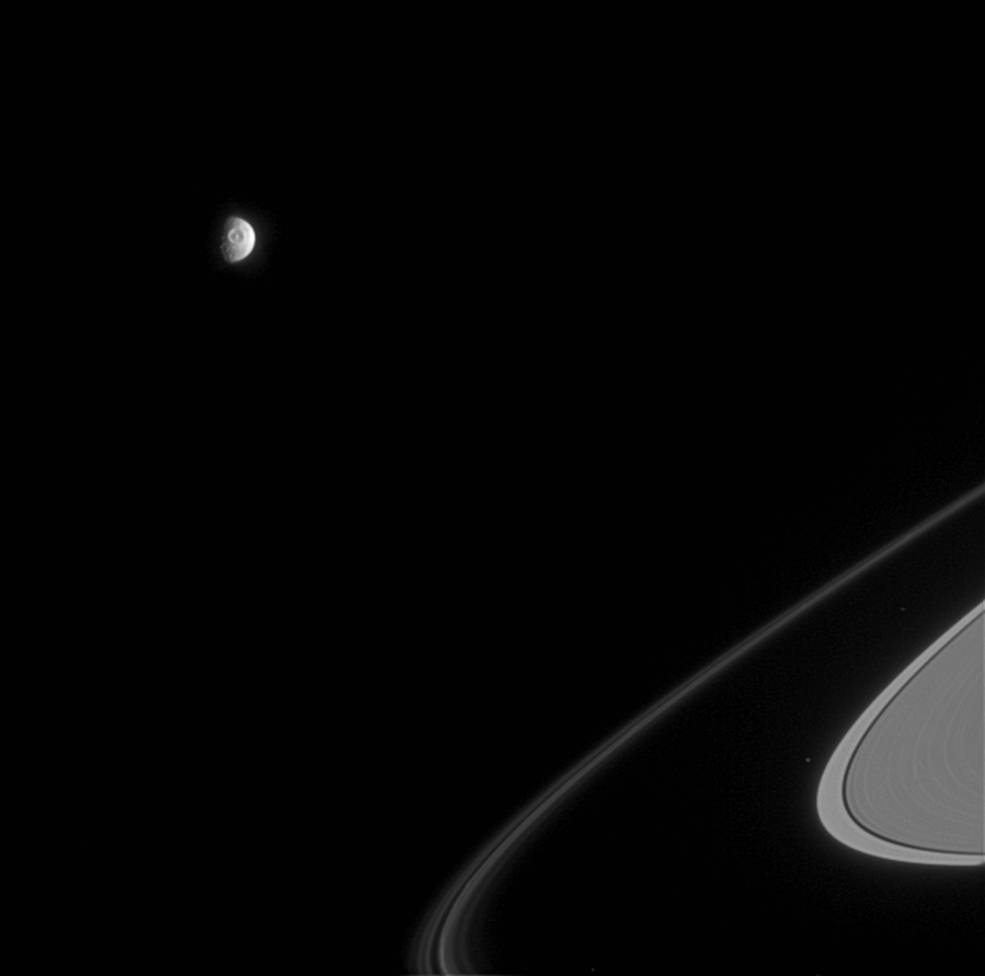 Mimas, with its large Herschel crater, resembles the Death Star as it looms over Saturn’s rings in this image from Cassini. (Credits: NASA/JPL-CalTech)

Let’s all hope that thing hasn’t yet become fully operational.

It also turns out that some of the fictional planetary creations of the “Star Wars” universe are strikingly similar to real planets in our own Milky Way galaxy. There’s an icy world nicknamed Hoth, a potential water world like Kamino and a stand-in for volcanic Mustafar. The Kepler mission, which has confirmed more than 1,000 planets outside of our solar system, has discovered a world orbiting two suns, much like the fictional Tatooine, where Luke Skywalker stared into that twin sunset dreaming of battling the Empire. Kepler-16b, confirmed in 2011, represented a “milestone discovery,” according to Kepler principal investigator William Borucki. “Given that most stars in our galaxy are part of a binary system, this means the opportunities for life are much broader than if planets form only around single stars.” 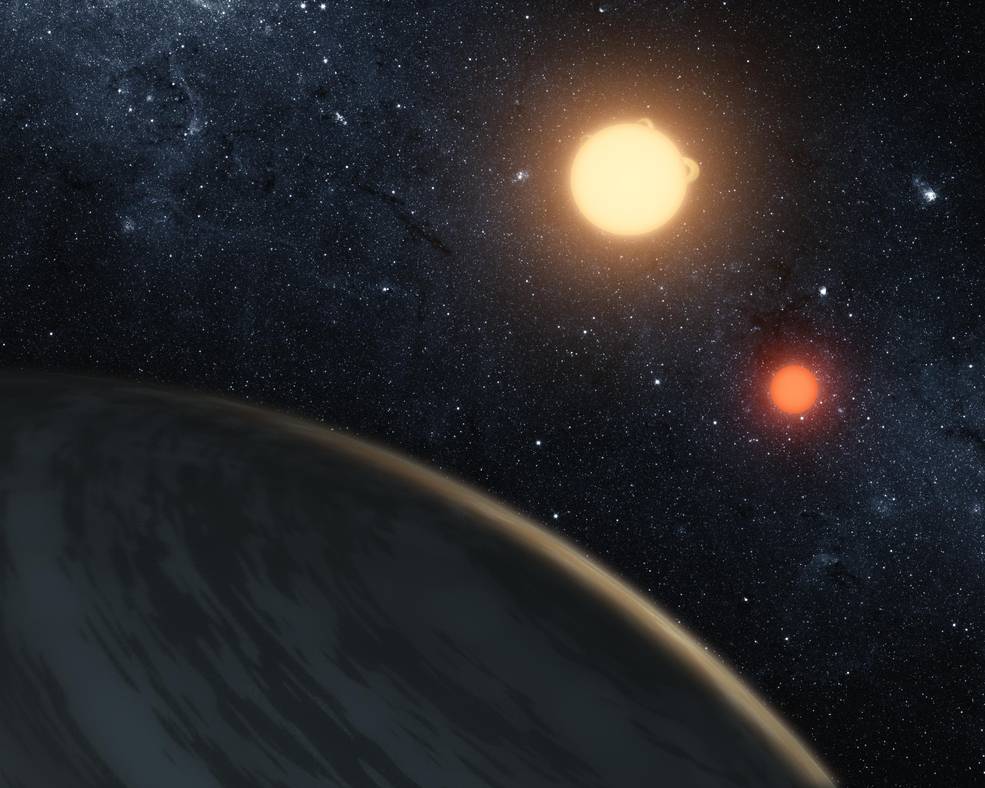 By the way, if we ever visit a planet like Tatooine, we may already know how to build a Jawa Sand Crawler, based on the treads on this crawler-transporter,  which carries rockets to the launchpad in Florida.

No, NASA doesn’t have light sabers or hyperdrive yet. And despite popular demand, we’re not building a Death Star. But we are doing what we’ve done for over half a century — sending spacecraft into our solar system and beyond, and peering with our telescopes into galaxies far, far away.