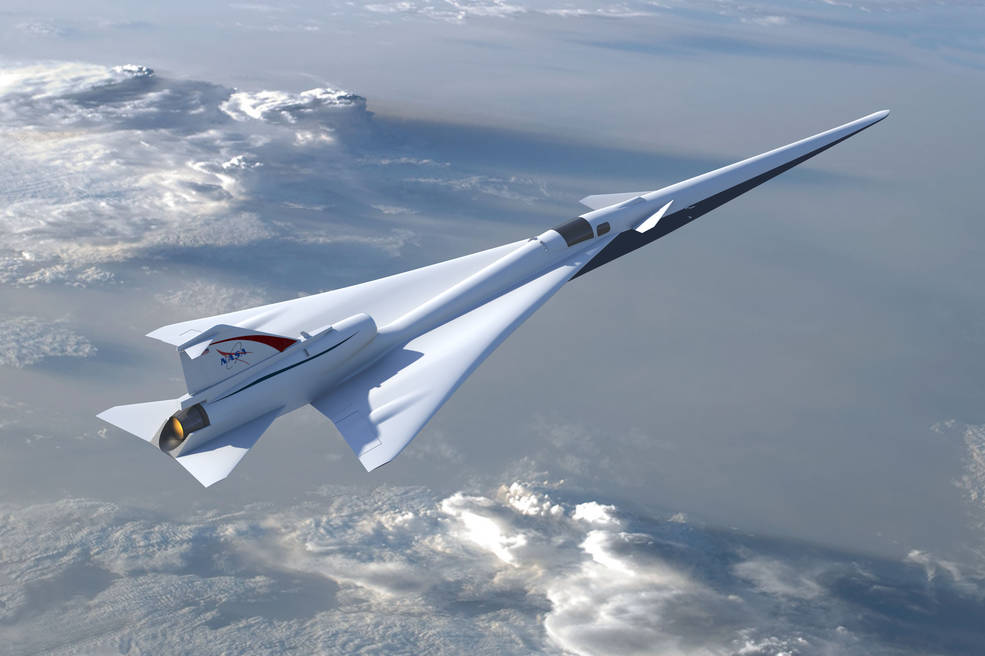 Senior experts and engineers from across the agency and the Lockheed Martin Corporation concluded Friday that the QueSST design is capable of fulfilling the LBFD aircraft’s mission objectives, which are to fly at supersonic speeds, but create a soft “thump” instead of the disruptive sonic boom associated with supersonic flight today. The LBFD X-plane will be flown over communities to collect data necessary for regulators to enable supersonic flight over land in the United States and elsewhere in the world.

NASA partnered with lead contractor, Lockheed Martin, in February 2016 for the QueSST preliminary design. Last month, a scale model of the QueSST design completed testing in the 8-by 6-foot supersonic wind tunnel at NASA’s Glenn Research Center in Cleveland.

“Managing a project like this is all about moving from one milestone to the next,” said David Richwine, manager for the preliminary design effort under NASA’s Commercial Supersonic Technology Project. “Our strong partnership with Lockheed Martin helped get us to this point. We’re now one step closer to building an actual X-plane.”

After the success of completing the PDR, NASA’s project team can start the process of soliciting proposals later this year and awarding a contract early next year to build the piloted, single-engine X-plane. The acquisition for the LBFD X-plane contract will be fully open and competitive, with the QueSST preliminary design data being made available to qualified bidders. Flight testing of an LBFD X-plane could begin as early as 2021.

Over the next few months, NASA will work with Lockheed on finalizing the QueSST preliminary design effort. This includes a static inlet performance test and a low-speed wind tunnel test at NASA’s Langley Research Center in Hampton, Va.