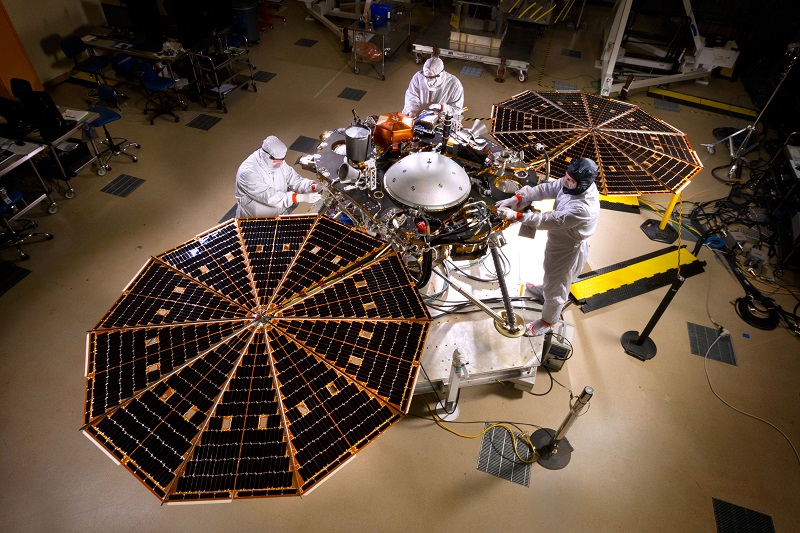 NASA has suspended the planned InSight mission to Mars due to problems with the prime instrument in the science payload, NASA announced on Dec. 22.

The critical instrument, the Seismic Experiment for Interior Structure (SEIS), a seismometer provided by France’s Centre National d’Études Spatiales (CNES), requires a vacuum seal around its three primary sensors in order to protect it from the Martian environment. A leak in the instrument appears unable to be fixed by the craft’s planned launch window from March 4 to March 30, 2016.

“It’s the first time ever that such a sensitive instrument has been built. We were very close to succeeding, but an anomaly has occurred, which requires further investigation. Our teams will find a solution to fix it, but it won’t be solved in time for a launch in 2016,” said Marc Pircher, Director of CNES’s Toulouse Space Centre.

“The JPL and CNES teams have made a heroic effort to prepare the InSight instrument, but have run out of time given the celestial mechanics of a launch to Mars,” said JPL Director Charles Elachi. “It is more important to do it right than take an unacceptable risk.”

The Mars InSight lander is designed to study the interior of Mars.

“We push the boundaries of space technology with our missions to enable science, but space exploration is unforgiving, and the bottom line is that we’re not ready to launch in the 2016 window,” said John Grunsfeld, associate administrator for NASA’s Science Mission Directorate in Washington. “A decision on a path forward will be made in the coming months, but one thing is clear: NASA remains fully committed to the scientific discovery and exploration of Mars.”

The lander, built by Lockheed Martin, has already been delivered. Since the launch was cancelled, it will be moved from Vandenberg Air Force Base in California back to Lockheed’s facility in Denver.

InSight includes another key instrument as well, the Heat Flow and Physical Properties Packages provided by the German Aerospace Center.

The Curiosity rover, which has brought back a wealth of information about Mars, was delayed two years before its eventual launch.