NASA is sending humans forward to the Moon, this time to stay. Upcoming expeditions to the Moon will require making every moment of astronaut time outside the safety of the Gateway in orbit and lunar lander system on the surface count. Robotics will enable lunar crews to do more while minimizing their risk.

NASA’s Satellite Servicing Projects Division is teaming up with the International Space Station to develop the technologies for this kind of astronaut-robotic collaboration, and tomorrow is launching a Robotic External Leak Locator (RELL) aboard Cygnus on Northrop Grumman’s 11th Commercial Resupply Services mission.

Spacecraft and habitats rely on extensive cooling systems. Just as coolant in a car is used to cool its engine, ammonia is circulated through a huge system of pumps, reservoirs and radiators on station to cool its complex life support systems, spacecraft equipment and science experiments. RELL is a “sniffer,” or a robotic, remote-controlled tool that helps mission operators detect the location of external ammonia leaks on space station and rapidly confirm a successful repair. 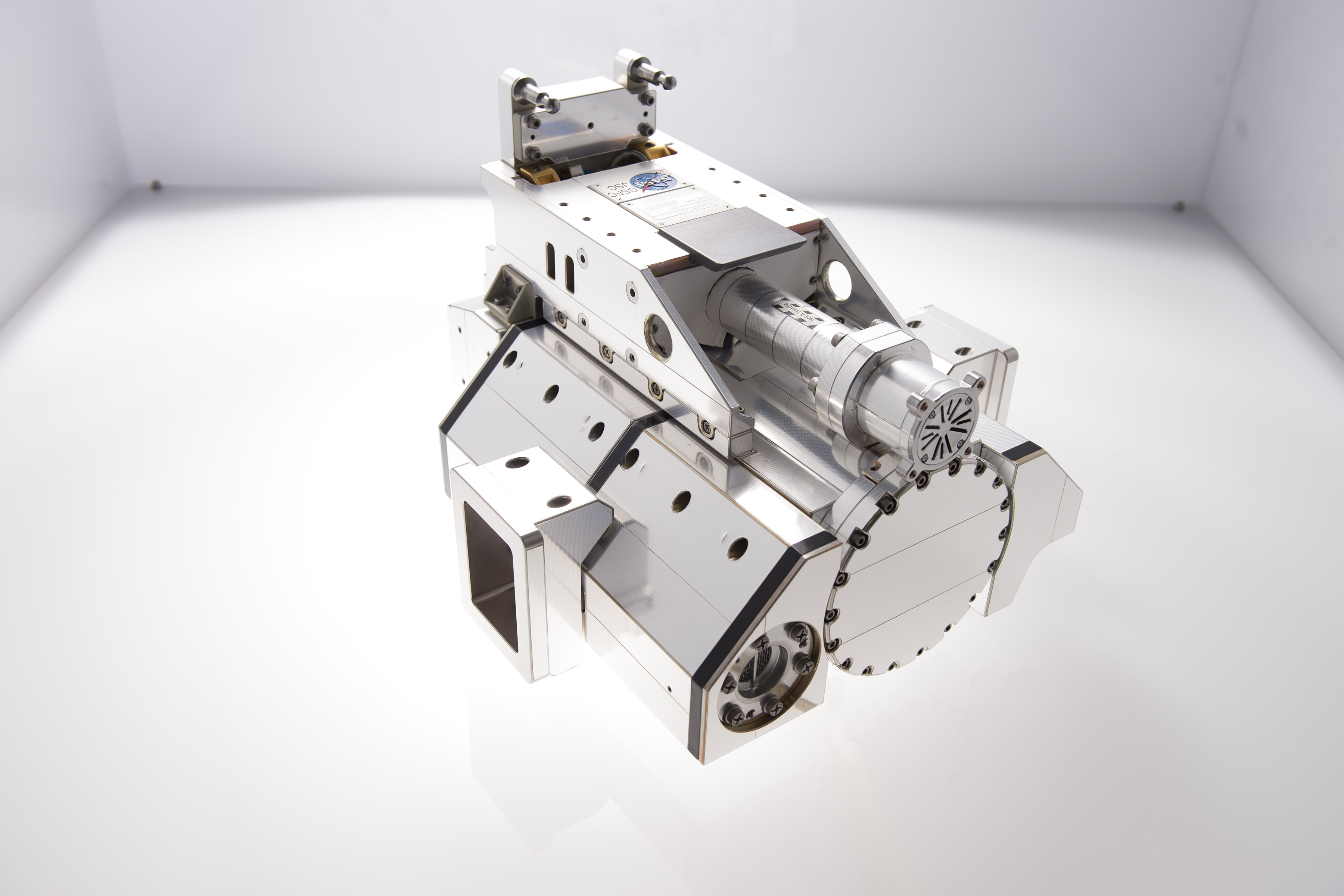 When it arrives at ISS, this will be the second RELL on board and will serve as a spare. The first flight RELL is already on board station where it successfully located a leak in one of these systems, significantly reducing astronaut time required outside of station to inspect and repair the leak.

“The decision to build and fly another flight unit seemed like the obvious choice to ensure this capability was going to be available to the ISS Program through the rest of spacecraft’s life,” said Adam Naids, ISS Hardware Development Engineer at NASA’s Johnson Space Center. 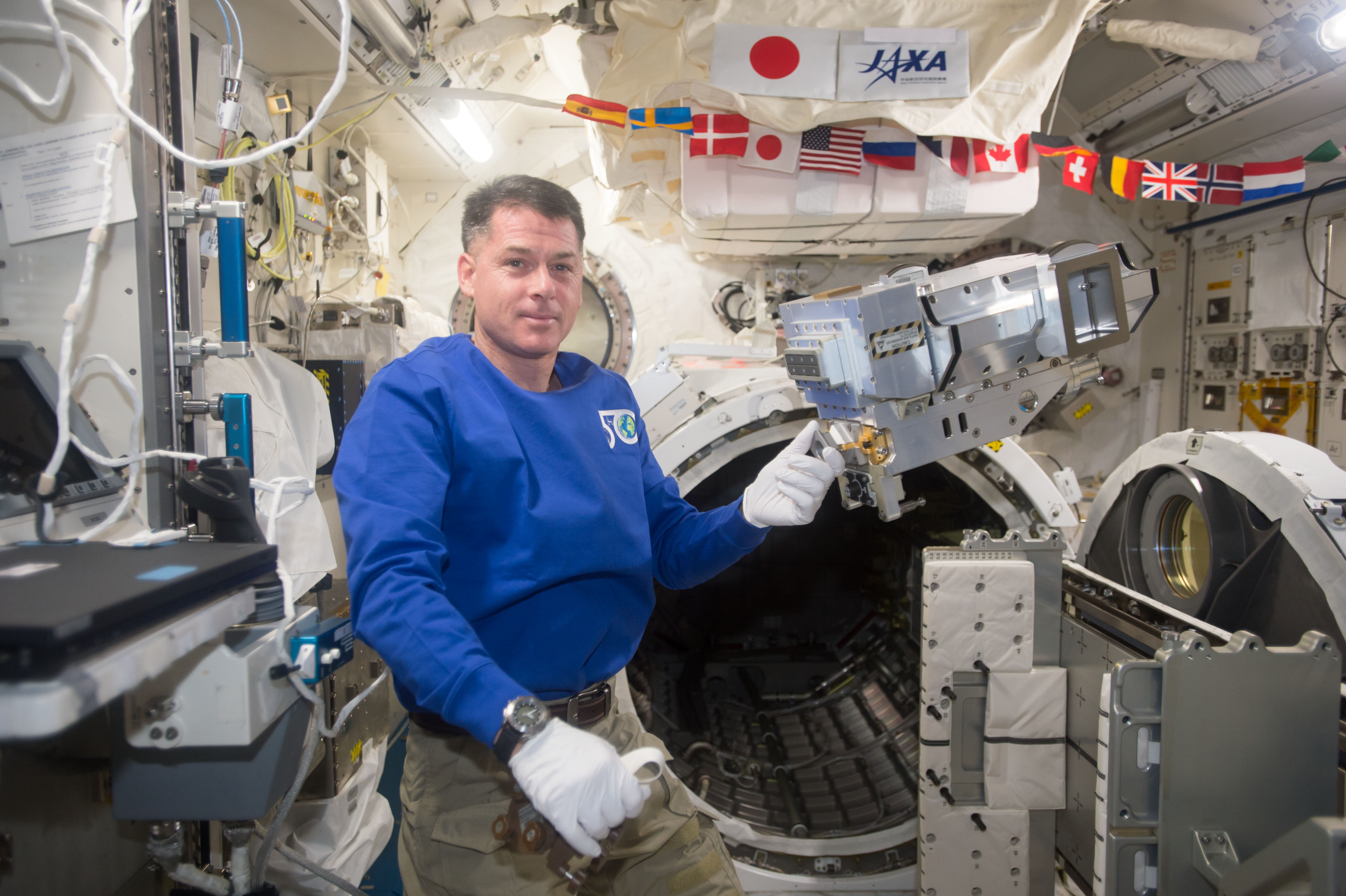 After Cygnus delivers the second RELL to station, the plan is to store the unit until an ammonia leak is detected. Then, a game of “hot and cold” would begin. Affixed to the Canadian Space Agency’s Dextre robot arm, RELL would be moved around the outside of station using its mass spectrometer “sniffer” to locate ammonia leaks. When RELL is directed toward a leak, it returns a higher signal. The higher the signal, the closer the leak. This process allows RELL to pinpoint the source of any given ammonia leak, giving space station managers the information they need to understand and correct the problem.

Before RELL, astronauts manually searched for leaks on spacewalks, which always carry an element of risk. The Leak Locator that is currently stationed in-orbit has proven its worth, paving the way for the second unit.

The Robotic External Leak Locator on the end of the Dextre robot in February 2017. Credits: NASA

Both RELL units will eventually be stored in the Robotics Tool Stowage, or RiTS, which is still in development. Once installed to the outside of station, RiTS will store the instruments so they are available when needed to track down a leak.

The mass spectrometer measures the number of molecules present in any molecular mass to create a “mass spectrum” reading. Based on this data, analysts determine the composition of present gases. The mass spectrometer can distinguish between trace orbital gasses, which occur naturally, and chemicals potentially originating on station, such as ammonia. This tool can tell the difference from a football field length away.

The benefits of leak detection have already been proven on station, and this ability could be similarly helpful for long-term human habitation on the lunar Gateway, a lunar habitat, and perhaps one day a crewed voyage to Mars. At its core, RELL is a robotics-controlled characterizer of the local environment. This same ability could be used to determine the composition of nearby environments for exploration on the lunar surface, and for scientific and resource utilization purposes.

The president’s direction from Space Policy Directive-1 galvanizes NASA’s return to the Moon and builds on progress on the Space Launch System rocket and Orion spacecraft, collaborations with U.S industry and international partners, and knowledge gained from current robotic assets at the Moon and Mars.

Whether reducing the risk to astronauts on station or one day “sniffing out” the environment of an extraterrestrial world, the human-robotics collaboration demonstrated by RELL will be a vital part of NASA’s exploration future.