Taking a look back before its unfortunate end, below you can see IMAGE undergoing launch preparations, which dates back to early 2000. 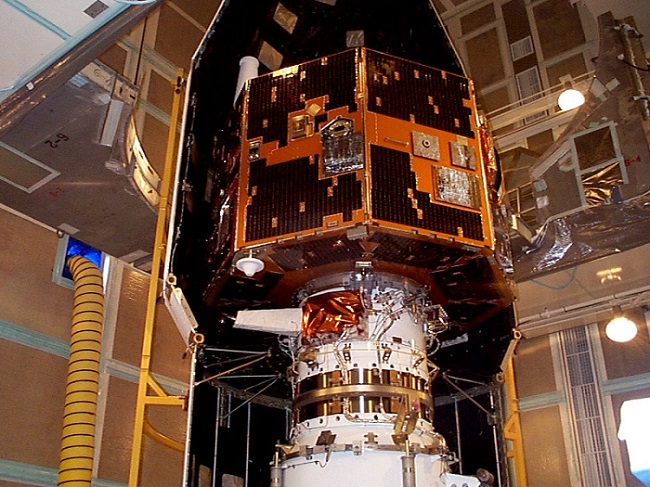 Fast forward to mid-January of this year, and the forgotten satellite has made an unforeseen reemergence. An amateur astronomer believed they made contact with IMAGE. To verify the reports, NASA’s Goddard Space Flight Center in Greenbelt, Maryland, gathered radio frequency (RF) signals from the suspected object using five separate antennas.

“Specifically, the radio frequency showed a spike at the expected center frequency, as well as side bands where they should be for IMAGE. Oscillation of the signal was also consistent with the last known spin rate for IMAGE,” according to NASA.

In order to prove it’s the lost satellite beyond a reasonable doubt, researchers must capture, decode, and analyze signal data. Since the mission was abandoned a number of years ago, this process proves to be quite difficult.

The IMAGE Mission Operation Center’s hardware and operating systems no longer exist. In addition, many versions of the satellite’s supplementary software have undergone several updates since its launch, which complicates the reverse-engineering process.

January 30, John Hopkins Applied Physics Lab in Laurel, Maryland, was able to acquire telemetry data from the spacecraft. The signal carried the ID number of 166, which was a positive match for IMAGE.

The team at NASA will continue to learn more about IMAGE’s condition as further data is analyzed. However, this process could take up to a few weeks, since many old components must be adapted to modern systems.

IMAGE was the first satellite focused on imaging the Earth’s magnetosphere. This region is governed by Earth’s magnetic fields, and contains very small, weak plasmas.

“IMAGE employed a variety of imaging techniques to ‘see the invisible’ and to produce the first comprehensive global images of the plasma populations in the inner magnetosphere,” according to NASA.

To get a closer look, you can view IMAGE’s design below.