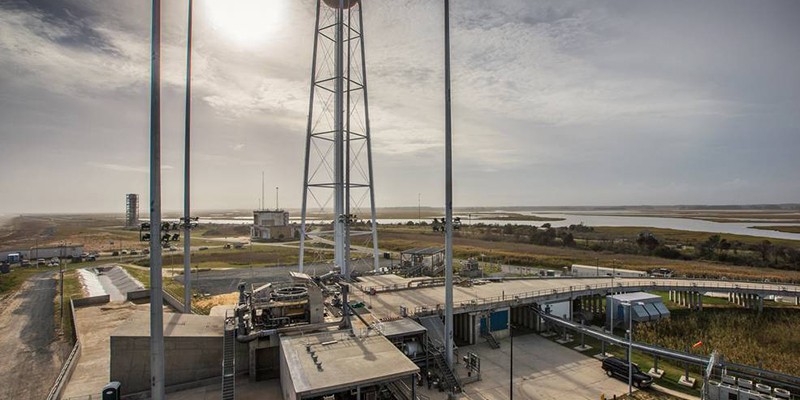 Progress is being made toward the resumption of commercial cargo resupply flights to the International Space Station of Orbital’s ATK’s Antares launch vehicle from the Mid-Atlantic Regional Spaceport (MARS) at NASA’s Wallops Flight Facility in Virginia. Credits: NASA/Patrick Black

A NASA team that independently reviewed the unsuccessful launch last year of Orbital ATK’s third commercial resupply services mission intended to deliver cargo to the International Space Station (ISS) has completed its report and publicly released an executive summary of its findings.

Shortly after 6:22 p.m. EDT Tuesday, Oct. 28, 2014, Orbital ATK’s Antares rocket suffered an anomaly during launch from Pad 0A of the Mid-Atlantic Regional Spaceport at NASA’s Wallops Flight Facility in Virginia that resulted in the loss of the rocket and its cargo and damage to the launch pad.  No workers or members of the public were injured as a result of the accident.

The launch was conducted under a license from the Federal Aviation Administration (FAA). In accordance with the contingency action plan established between NASA, the FAA, and commercial partners resupplying the space station, the launch operator is responsible for leading an investigation for any accident that does not result in injury to members of the public or public property damage, and where no NASA workers are injured or NASA property is significantly damaged.

As a result, Orbital ATK immediately convened an Accident Investigation Board (AIB) that included participants from both the FAA and NASA.

However, to inform and amplify the learning for the NASA team, the agency established an independent review team. The goal of this team was to independently determine the technical root cause of the failure, validate the contractor-led AIB efforts, inform the agency’s risk posture to support Orbital ATK’s return-to-flight efforts, and make recommendations on how to develop, operate, and acquire more reliable systems. 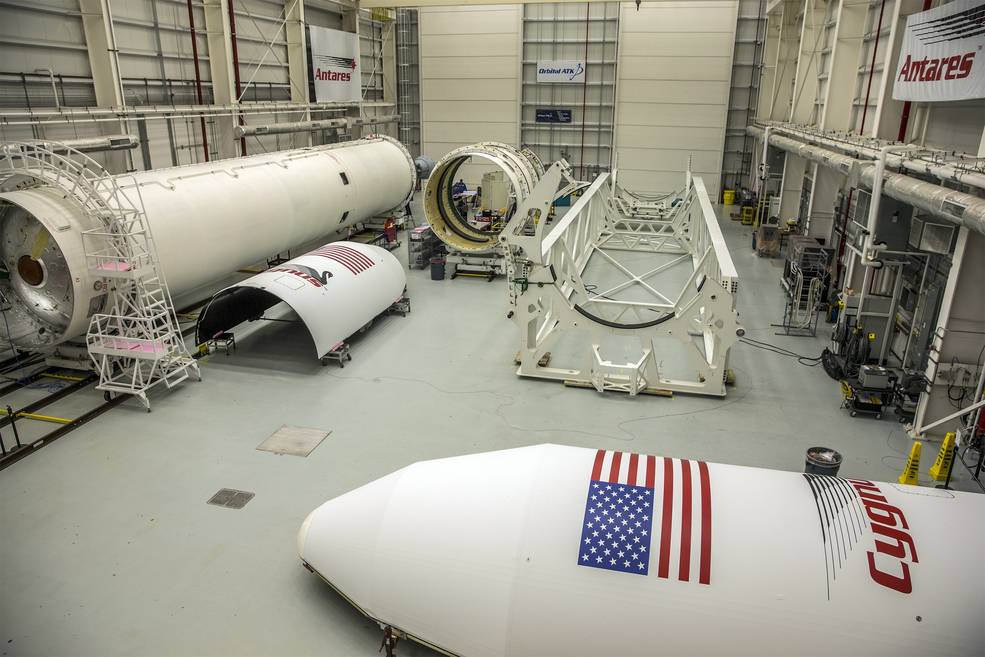 Orbital ATK’s Antares program remains on schedule to commence flight operations from Wallops in the first half of 2016. The Antares is undergoing integration, with two new RD-181 engines fully installed into the first stage of the rocket. The program is working toward a full-power engine test on the launch pad early next year. Credits: NASA/Patrick Black

“The thorough work of the NASA team is essential to ensure the agency continues to learn and improve,” said William Gerstenmaier, associate administrator for the Human Exploration and Operations Mission Directorate at NASA Headquarters. “This unfortunate event provides a tremendous opportunity for the industry and NASA team to improve vehicle development, acquisition, and operations. The findings from this team will provide a basis to begin discussions on future areas for improvement. Even though not all recommendations will be implemented as written, all the recommendations will enable positive lessons for the agency.”

The 12-person team, supported by 31 additional employees, began its work in November 2014 and was given access to the telemetry, data, documents and key personnel.

As part of its programmatic assessment efforts, the team had discussions with about 20 NASA individuals significantly involved in the development and execution of the Orbital ATK system and resupply missions.

The team determined the proximate cause of the Antares launch vehicle failure was an explosion within the AJ-26 rocket engine and identified three credible technical root causes, any one or combination of which could have resulted in the engine failure.

In addition, since Orbital ATK was in the process of procuring and testing new engines to replace the AJ-26 for future Antares flights while the investigation was ongoing, the team provided several recommendations for Orbital ATK and the ISS Program that were used to support those testing activities and to reduce overall risk for Antares return-to-flight and follow-on mission efforts. The NASA team’s findings are consistent with the AIB’s findings.

In addition, the team evaluated NASA’s programmatic approach to ensuring the space station is supplied with necessary cargo and the important science and research to be conducted on the unique microgravity laboratory. The team enumerated eight findings and made six programmatic recommendations.

The team praised the Commercial Crew and Cargo Program Office and the ISS Program Office for implementing a program to develop and operate new commercial cargo space transportation systems in support of human exploration endeavors.

Orbital ATK has shown continued progress in its efforts to return to flight and a strong commitment to fulfilling its contract with NASA. To do so, Orbital ATK has contracted with United Launch Alliance for Atlas V rockets to launch two commercial resupply missions that will use an enhanced variant of the company’s Cygnus advanced maneuvering spacecraft.

In 2016 Orbital ATK plans to return to launching Cygnus aboard its Antares rocket from Wallops Flight Facility. Orbital ATK will be required to submit a modification to its existing license to the FAA for review and subsequent approval, prior to conducting future flights from Virginia.

The official report of the independent review team contains information restricted by U.S. International Traffic in Arms Regulations and company-sensitive proprietary information. As a result, the team has prepared an executive summary with an overview of publicly releasable findings and recommendations.