Satellite imagery showed that Tropical Cyclone Jelawat had developed an eye as it strengthened into a Super Typhoon.

On March 30, Jelawat was moving through the Philippine Sea. At 11 a.m. EST (1500 UTC) Jelawat was a hurricane with maximum sustained winds near 150 mph (130 knots/241 kph). The center of circulation was near 17.1 degrees north latitude and 139.5 degrees east longitude, approximately 384 nautical miles west-northwest of Andersen Air Force Base. Jelawat has tracked east-northeastward at 12.6 mph (11 knots/20.3 kph).

Super-typhoon is a term utilized by the U.S. Joint Typhoon Warning Center for typhoons that reach maximum sustained 1-minute surface winds of at least 130 knots/150 mph. This is the equivalent of a strong Saffir-Simpson category 4 or category 5 hurricane in the Atlantic basin or a category 5 severe tropical cyclone in the Australian basin.

The Joint Typhoon Warning Center (JTWC) noted that by April 1, Jelawat is forecast “to move into an area of strong upper level westerly flow, which will result in increasing vertical wind shear and consequent steady weakening throughout the forecast period.” 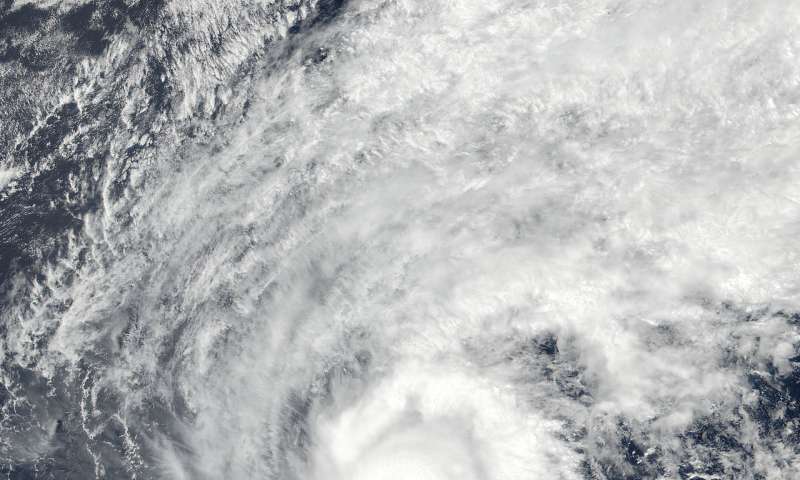