The National Interagency Fire Center (NIFC) is not reporting many wildfires in the Southeast despite the number of hotspots that were detected by the Aqua satellite. One wildfire was noted on the border of Alabama and Florida and another in Georgia.

These fires were on NIFC’s report for March 5 and are 300 and 311 acres in size. All other fires were not reported by NIFC and could either be agricultural in nature or too small for NIFC to report. These fires could also be prescribed fires which are fires that are set to remove undergrowth and grasses in a controlled matter in preparation for the upcoming fire season.

This natural-color satellite image was collected by the Moderate Resolution Imaging Spectroradiometer (MODIS) aboard the Aqua satellite on March 03, 2018. Actively burning areas, detected by MODIS’s thermal bands, are outlined in red. 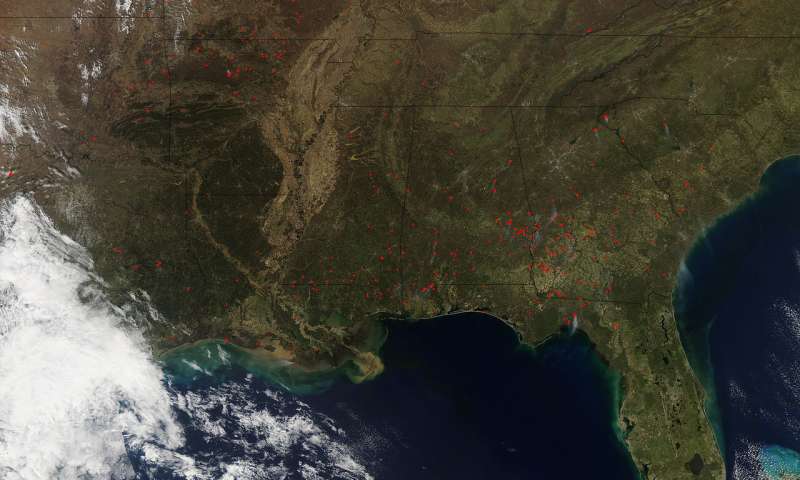