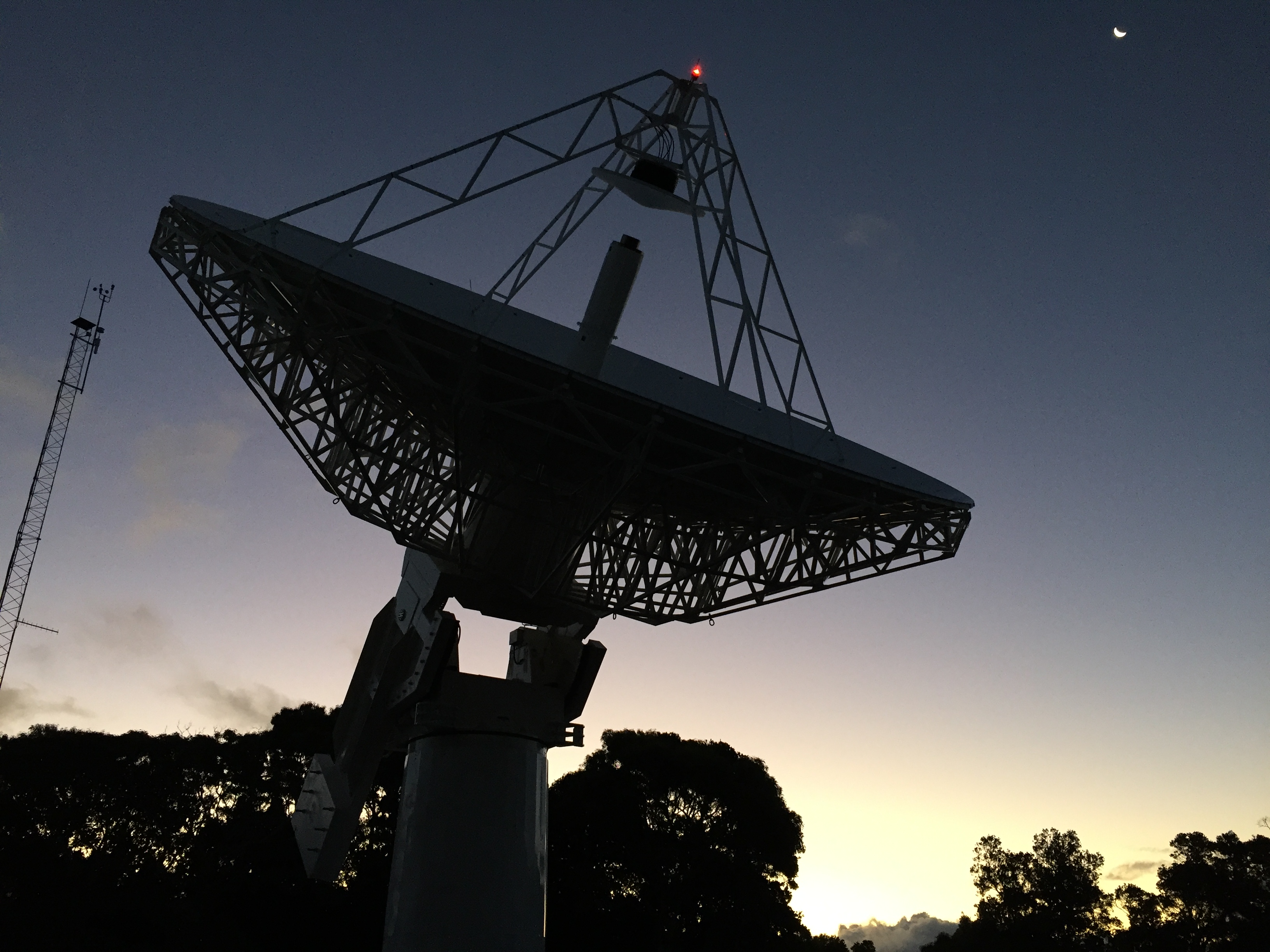 NASA has demonstrated the success of advanced technology for making precise measurements of Earth’s orientation and rotation – information that helps provide a foundation for navigation of all space missions and for geophysical studies of our planet.

The technology includes a new class of radio antenna and electronics that provide broadband capabilities for Very Long Baseline Interferometry, or VLBI. This technique is used to make precise measurements of Earth in space and time.

VLBI measurements have been conducted for decades using a worldwide network of stations that carry out coordinated observations of very distant astronomical objects called quasars. To meet the demand for more precise measurements, a new global network of stations, called the VLBI Global Observing System, or VGOS, is being rolled out to replace the legacy network.

With this preliminary network, NASA passed a crucial milestone on February 5: conducting the first demonstration anywhere in the world of broadband observations for VLBI over a long baseline.

“The successful tests demonstrate the viability of the new broadband antenna technology for making the kinds of observations needed for improved accuracy in measurements of the very fine-scale shape of Earth,” said Benjamin R. Phillips, who leads NASA’s Earth Surface and Interior Focus Area at NASA Headquarters in Washington, D.C.

The coordinated observation was verified by detection of fringes – an interference pattern indicating that all three stations were receiving and could combine the signals from the quasar they observed.

“The testing has been a concerted effort involving many team members at all three stations, as well as the MIT correlator facility,” said Pedro Elosegui of the Haystack Observatory, which leads the NASA development of the VGOS signal chain.

Several technical hurdles had to be cleared to carry out the long-baseline demonstration. One issue is that the effects of the ionosphere – a layer of Earth’s upper atmosphere that impacts the behavior of radio waves – and of the local weather are quite different at the three sites. Another factor, which applies in any VLBI measurement, is that stations have to contend with interference from nearby radio and cell towers and other sources.

“These and other technical issues have been dealt with,” said Goddard’s Stephen Merkowitz, manager of NASA’s Space Geodesy Project. “We have a few more challenges down the road, but they are manageable. We now know that the new global system can be used the way it was intended.”

The broadband antenna and electronics provide improved sensitivity in a scaled-down package. With dish sizes of 12 to 13 meters (about 39 to 42 feet), the next-generation antennas are designed to be smaller than most of the current system’s dishes, which are typically 20 to 30 meters (about 65 to 100 feet). The scaled-down size allows an antenna to move quickly, conducting up to 100 observations in an hour compared to about 12 observations in an hour for the current VLBI system. This type of antenna is also much less expensive than the larger antennas, making it more economical to deploy and operate a global network.

Broadband capability makes it possible to conduct observations in four bands – that is, at four frequencies – at the same time, whereas current VLBI systems operate in two bands. With four bands, more bits can be recorded at once, so the broadband system can achieve data rates of 8 to 16 gigabits per second, which is about 1000 times the data rate for HDTV. (The current VLBI system has a typical rate of 256 megabits per second.) This leads to better sensitivity, even though the antenna is smaller.

Another new feature is that the four bands are selectable within a range of 2 gigahertz to roughly 14 gigahertz. This helps to avoid interference with other sources, such as radio and cellphone towers.

With the rollout of the VGOS network, existing VLBI stations are being replaced, or in some cases upgraded. More sites will be added in the future to provide more uniform coverage across the globe. Once fully implemented, the worldwide VGOS network is expected to yield position and Earth orientation measurements that improve precision by a factor of three or more, compared to current measurements.

“The next-generation VLBI system will expand our ability to make the kinds of measurements that will be needed for geophysical studies and navigation applications, which demand more precision all the time,” said Merkowitz.