Before a NASA technology makes it to orbit or lands on another planet, researchers test – and retest – it in space-like conditions. These tests often take place on Earth, but some payloads take a trip to suborbital space for a few minutes of valuable microgravity testing.

Blue Origin’s New Shepard rocket will venture into space with nine NASA-sponsored technology payloads onboard no earlier than Dec. 18 at 8:30 a.m. CST. The company’s live launch webcast will air on NASA Television and the agency’s website.

Suborbital space is the perfect environment for researchers to test experiments, edging them closer to inclusion on future exploration and science missions. NASA’s Flight Opportunities program gives researchers this access, funding flights on Blue Origin and other commercial providers.

The New Shepard launch will mark the third suborbital flight by Blue Origin with NASA-sponsored payloads onboard and the first full mission dedicated to bringing NASA technology payloads to space. “This flight is focused on the nine technologies from government, academia and industry,” said Campaign Manager Ryan Dibley from NASA’s Armstrong Flight Research Center in Edwards, California. “NASA is thrilled to have established flight providers and partners supporting new technology development with wide applications.”

The nine payloads scheduled for the New Shepard flight are:

Many of the technologies have been tested in space one or more times. “Most of the payloads have flown on a different vehicle or another Blue Origin flight profile,” said Dibley. The new data may reveal refinements to lower risk and ultimately propel technology maturation, he explained.

This is SFEM-2’s third flight with Blue Origin. “The opportunity to re-fly our payload is helping us not only validate and compare data for different flight profiles, but also test modifications and upgrades,” said Kathryn Hurlbert, principal investigator for SFEM-2 at Johnson. “In the very challenging task of flying things in space, it has been said – and I continue to believe – that ‘you are done with testing when you can’t think of anything else to test.’”

Earlier tests on other platforms, such as parabolic flights, enabled some research teams to justify the benefit of testing their payload on a suborbital rocket. For two of the nine technology experiments, this marks their first flight.

Editors Note: Blue Origin has scrubbed the Tuesday, Dec. 18 launch due to a ground infrastructure issue; the next launch attempt is to be determined depending on weather forecast. 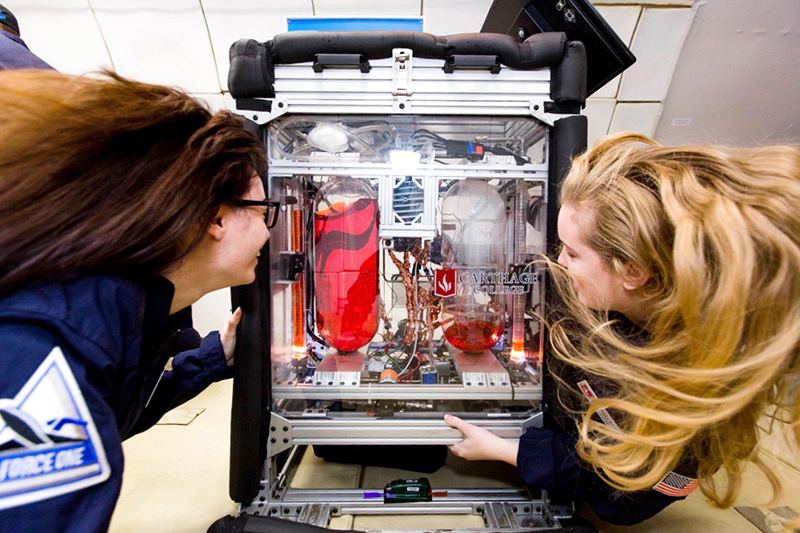