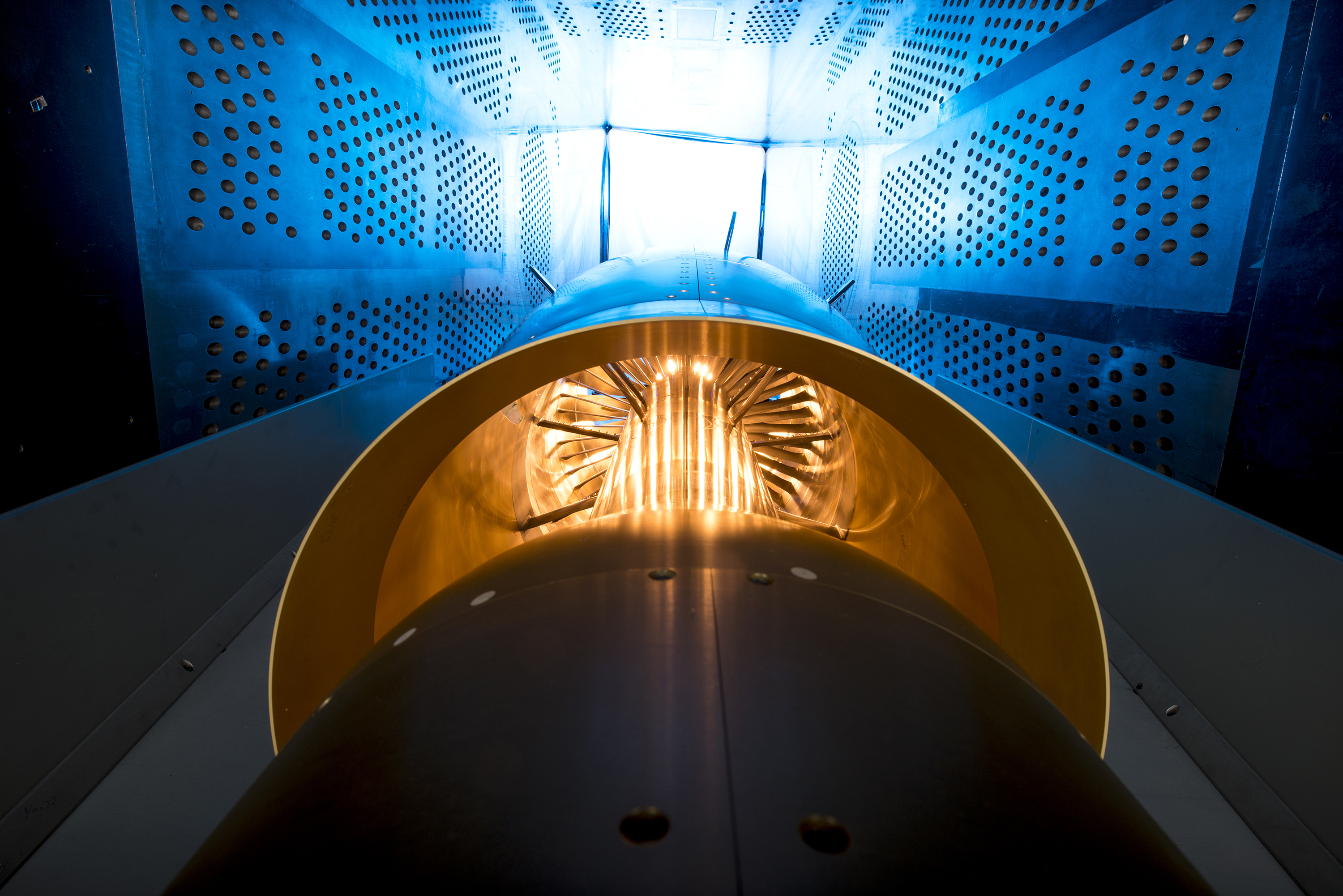 Researchers at NASA Glenn Research Center tested a fan and inlet design, commonly known as a propulsor, which could use four to eight percent less fuel than today’s advanced aircraft, NASA announced Monday.

The test was conducted inside an 8’ by 6’ wind tunnel.

The new propulsor is designed to be embedded into an aircraft’s body, where it would ingest the slower-flowing air that normally develops along an aircraft’s surface – a boundary layer – and use it to help propel the aircraft.

“The tests showed that the new fan and inlet design could withstand the turbulent boundary layer airflow and increase efficiency,” said a statement from NASA Glenn. “Results of the test can be applied to cutting-edge aircraft designs that NASA and its partners are pursuing.”