NASA will lay the foundation for spacecraft life extension and long duration space exploration with the upcoming launch of Robotic Refueling Mission 3 (RRM3), a mission that will pioneer techniques for storing and replenishing cryogenic spacecraft fuel.

The third phase of an ongoing technology demonstration, RRM3 will attach to the International Space Station and build on two previous missions — RRM and RRM2. These first two phases practiced the robotic tasks of removing caps and valves on spacecraft, leading up to the act of replenishing fuel, but stopped short of cryogenic fluid transfer.

Cryogenic fluid can serve as a very potent fuel. As a propellant, it produces a high thrust or acceleration, allowing rockets to escape the gravitational force of planetary bodies. As a coolant, it keeps spacecraft operational and can prolong their lifespan by years.

Besides these uses, the ability to resupply cryogenic fuel in space could minimize the amount of fuel spacecraft are required to carry from Earth’s surface, making it possible to travel farther into space for longer periods of time.

Liquid oxygen is another type of cryogenic fluid, used for astronaut life support systems. Having the ability to efficiently store and replenish this type of oxygen could facilitate astronauts’ capacity to embark on long duration human exploration missions and live on other planets.

“Any time we get to extend our stay in space is valuable for discovery,” said Beth Adams Fogle, RRM3 mission manager in NASA’s Technology Demonstration Missions program office at Marshall Spaceflight Center in Huntsville, Alabama. “RRM3’s ability to transfer and store cryogenic fluid could alter our current fuel constraints for human exploration.”

Another possibility is mining water on the Moon in order to separate it into its individual elements, hydrogen and oxygen — both of which can be converted into cryogenic propellants. RRM3 technologies will establish methods for transferring and storing these resources to refuel spacecraft on exploration missions, laying the groundwork for what could one day be lunar gas stations. 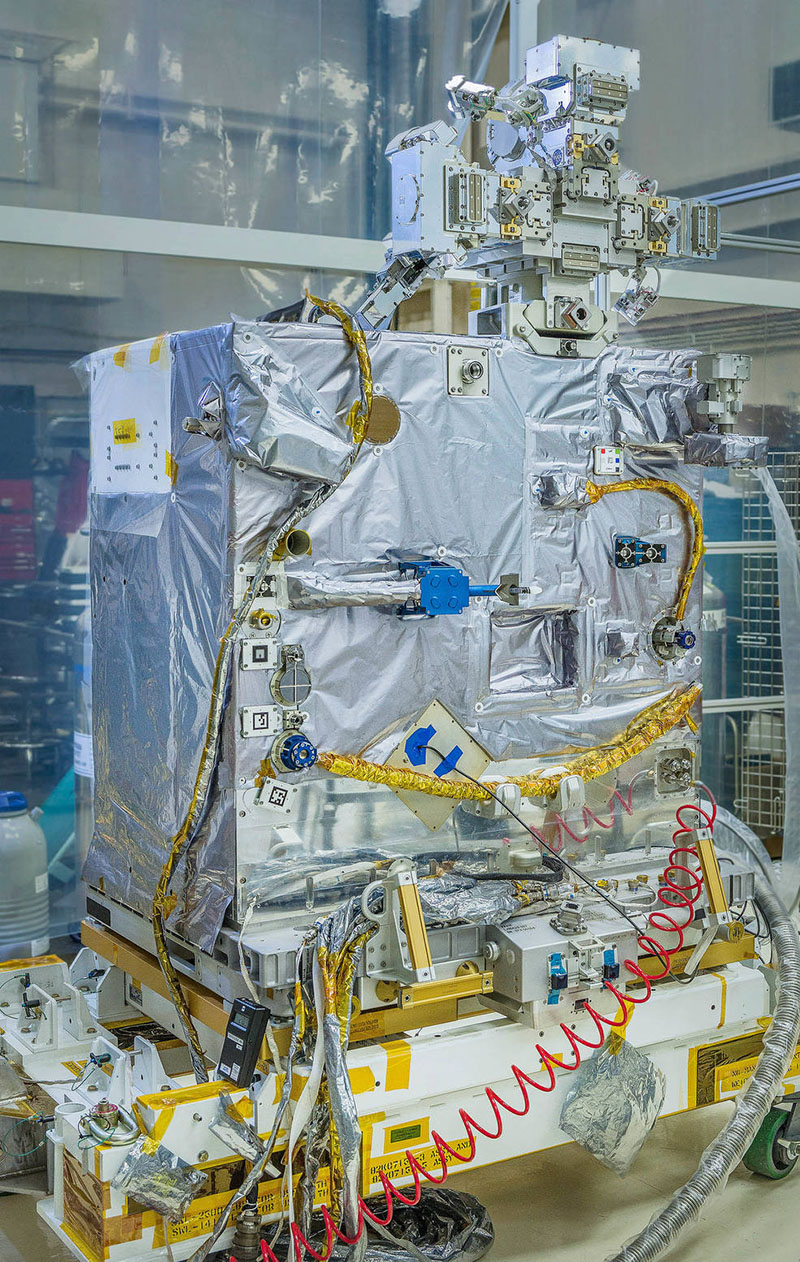 Beyond the Moon, carbon dioxide in the Martian atmosphere also has the potential of being converted to liquid methane, a cryogenic fluid. RRM3 techniques could then be applied to refuel departure rockets from Mars.

As useful as cryogens are, their extremely low boiling points make storing them in space difficult, because they boil off over time. RRM3 will not only transfer cryogenic fluid, but store 42 liters of cryogen without fluid loss for six months — enough to maintain spacecraft instruments for years.

“Any time you try something for the first time, there is an element of risk,” said Jill McGuire, project manager for RRM3. “We hope our technology demonstration helps drive down the risk of refueling in space for future exploration and science missions.” 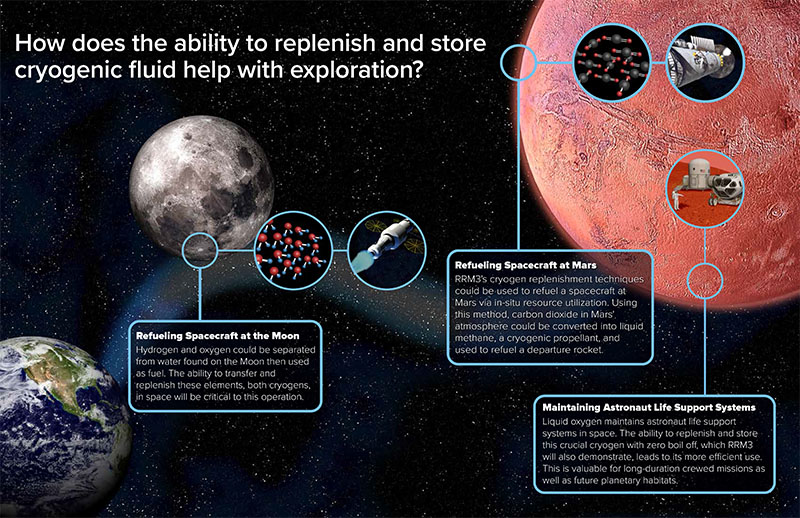 The ability to replenish and store cryogenic fluid can help with exploration. Here are some ways technologies demonstrated by RRM3 could be used at the Moon and Mars. Credits: NASA’s Goddard Space Flight Center

The task sequence begins with the multi-function tool 2, which operates smaller specialized tools to prepare for the fluid transfer. Next, the cryogen servicing tool uses a hose to connect the tank filled with liquid methane to the empty tank. To monitor the process, the Visual Inspection Poseable Invertebrate Robot 2 (VIPIR2) utilizes a state-of-the-art robotic camera to make sure tools are properly positioned.

“We learn by doing,” said Ben Reed, deputy director of the Satellite Servicing Project Division at NASA’s Goddard Space Flight Center in Greenbelt, Maryland. “Pioneering new technologies is hard, but when we get it right the payoffs are big.”

RRM3 is developed and operated by the Satellite Servicing Projects Division at NASA’s Goddard Space Flight Center in Greenbelt, Maryland, and managed by the Technology Demonstration Missionsprogram within NASA’s Space Technology Mission Directorate. RRM3 is scheduled to launch to the space station on SpaceX’s 16th Commercial Resupply Services mission. 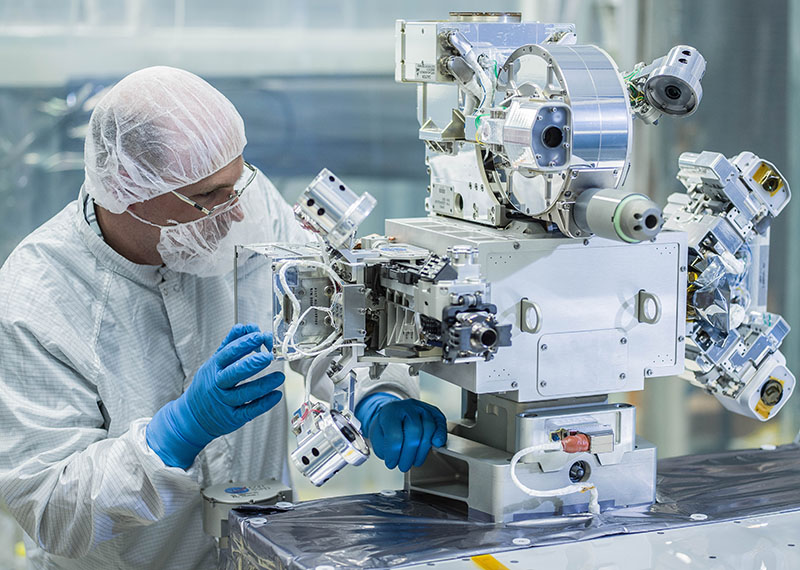