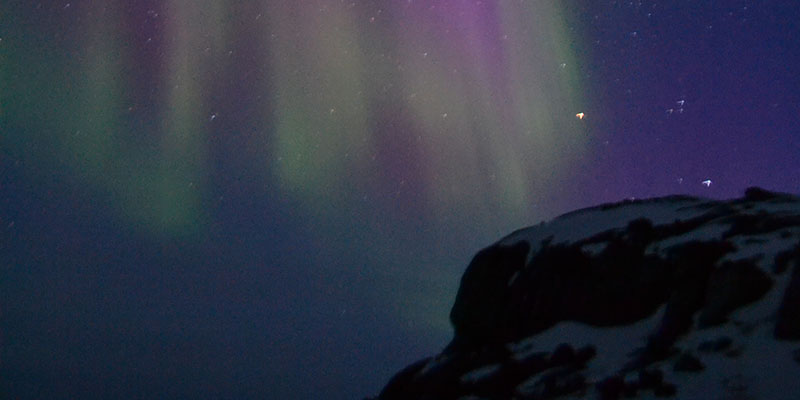 An aurora is seen over Greenland on April 2, 2011. Credits: NASA/University of Maryland, College Park/Robert Michell

This winter, two sounding rockets will launch through the aurora borealis over Norway to study how particles move in a region near the North Pole where Earth’s magnetic field is directly connected to the solar wind.

After the launch window opens on Nov. 27, 2015, the CAPER and RENU 2 rockets will have to wait for low winds and a daytime aurora before they can send their instrument payloads soaring through the Northern Lights.

Both instrument packages are studying phenomena related to the cusp aurora, a particular subset of the Northern Lights in which energetic particles are accelerated downward into the atmosphere directly from the solar wind – that is, the constant outward flow of solar material from the sun.

Though cusp auroras are not particularly rare, they are often difficult to spot because they only happen during the day, when sunlight usually drowns out what would otherwise be a spectacular light show. However, because the magnetic North Pole is offset from the geographic North Pole, it’s often possible to see cusp auroras in Northern Europe near the winter solstice.

“The magnetic pole is tilted towards North America, putting this magnetic opening—the cusp—at a higher latitude on the European side,” said Jim LaBelle, principal investigator on the CAPER sounding rocket at Dartmouth College in Hanover, New Hampshire. “Combine that extra-high latitude with the winter solstice—when nights are longest, especially as you go farther north—and you can sometimes see this daytime aurora with the naked eye.”

The two sounding rocket teams will also employ data from ground-based radars to detect the cusp aurora even in the case of clouds. 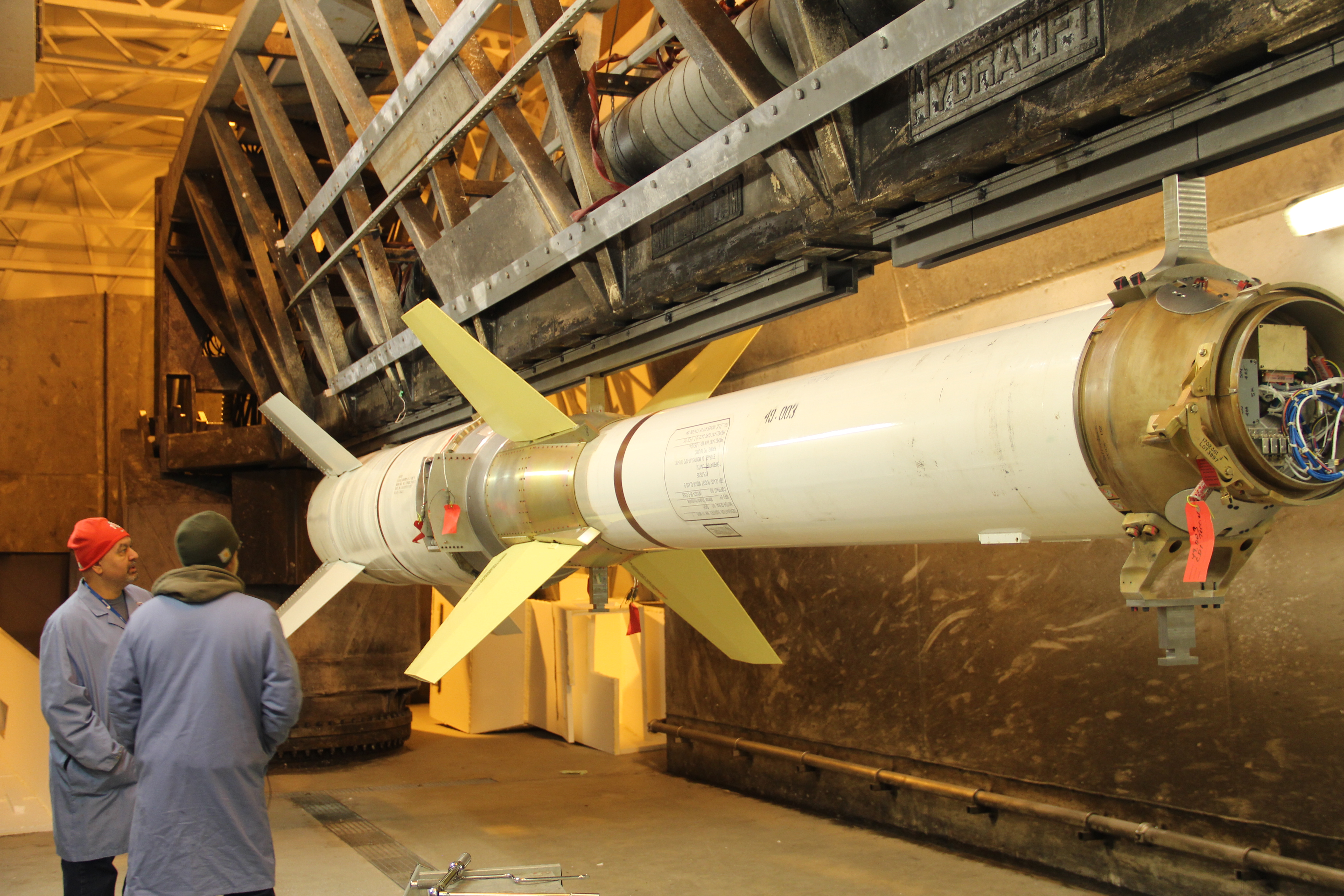 Part of CAPER, short for Cusp Alfven and Plasma Electrodynamics Rocket, is suspended from the rail that will carry the rocket out to the launch pad. Credits: NASA/Nate Empson

CAPER, short for Cusp Alfven and Plasma Electrodynamics Rocket, will be first in the queue to launch. CAPER is investigating the electromagnetic, or EM, waves that can accelerate electrons down into Earth’s atmosphere or up out to space.

The electrons that are accelerated downward collide with particles in the atmosphere, releasing light and creating the cusp aurora—so spotting aurora activity at the cusp alerts the scientists that the EM wave motions they’re interested in must also be present.

“The difficulty is measuring the high-frequency waves and their associated particles,” said LaBelle. “They’re moving at up to a million cycles per second, so the instruments have to be able to detect changes in the waves and collect enough particles to match up.”

The other sounding rocket to launch, a four-stage Black Brant XII-A, is the second iteration of the Rocket Experiment for Neutral Upwelling, or RENU 2, which will study the relationship between the inflow of electrons that creates the cusp aurora, electric currents flowing along magnetic field lines, and dense columns of heated neutral atoms in the upper atmosphere.

Though scientists have long known that the density of neutral atoms within the atmosphere can change throughout the day because of heating by sunlight, the original understanding was that the heating—and the extra-dense layers of neutral particles—was driven horizontally. However, some satellites have hit speed bumps as they have orbited through Earth’s magnetic cusp—their acceleration briefly slowed, which indicates a small vertical slice of higher-density neutral atoms that are harder to travel through. 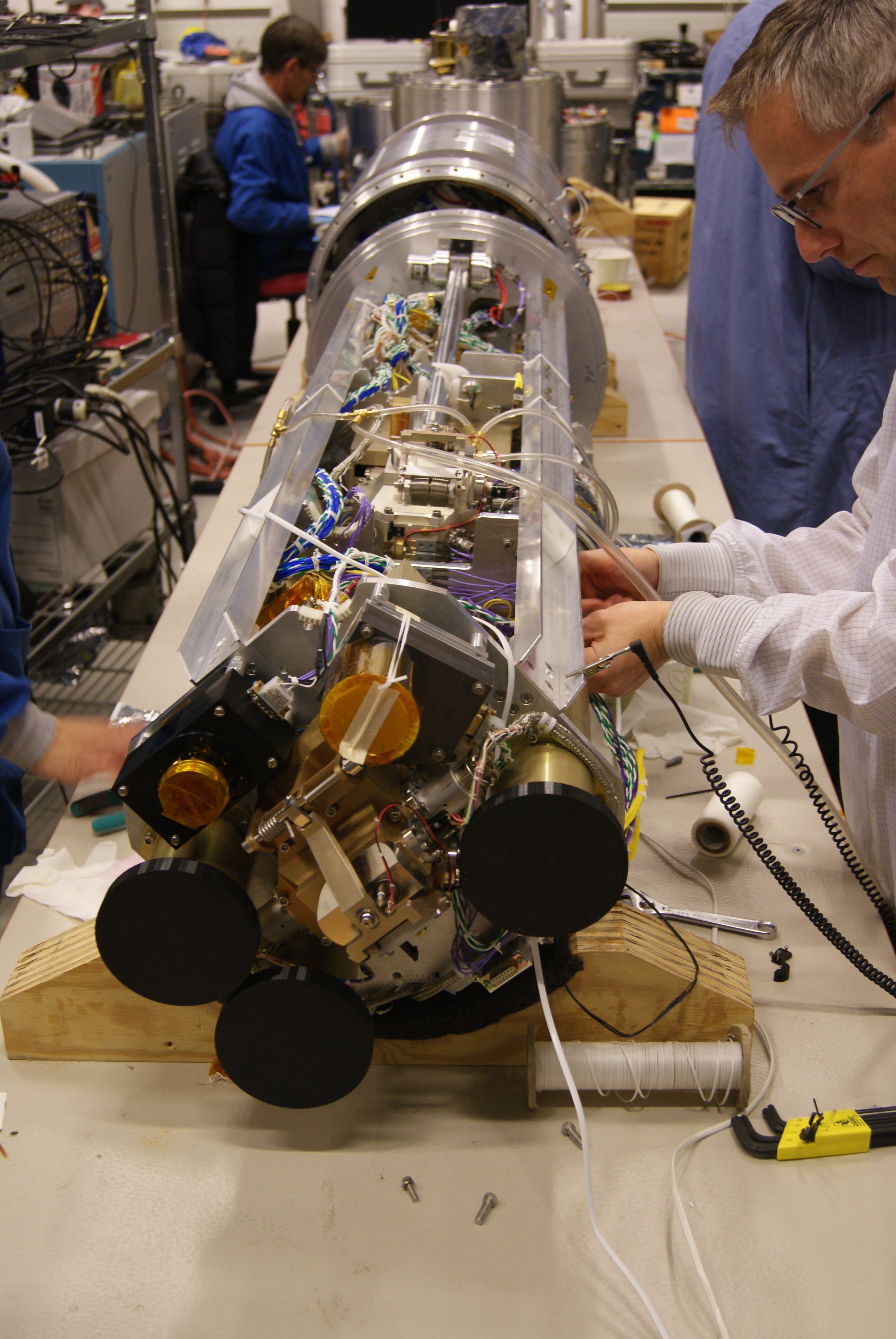 “When solar wind electrons collide with atmospheric electrons, they transfer some of their energy, heating the atmospheric electrons,” said Marc Lessard, principal investigator for RENU 2 at the University of New Hampshire in Durham. “The higher heat means the electron populations expand upward along the magnetic field lines.”

This upward flow of negatively-charged particles creates a vertical electric field, which in turn pulls up the positively-charged and neutral particles, increasing the atmospheric density in columns rather than horizontal layers. To study the phenomenon, RENU 2 will carry several instruments, including instruments to measure the electric and magnetic fields, neutral and charged particle flows, and temperatures.

Though CAPER and RENU 2 will collect data for only a few minutes each, suborbital sounding rockets are a valuable way to study space and the upper atmosphere at relatively low cost.