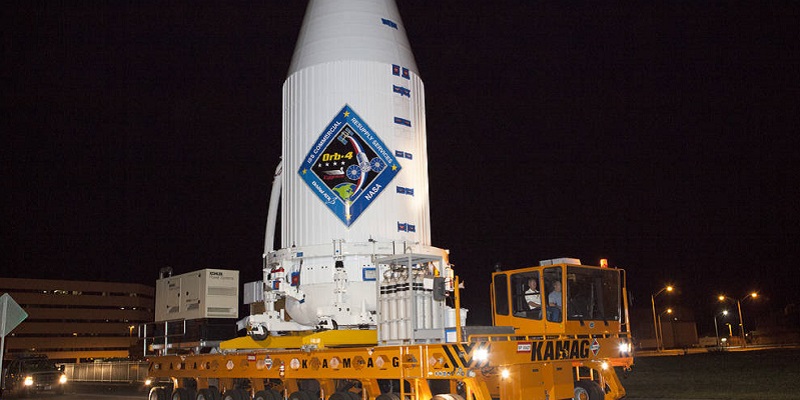 A spacecraft carrying more than 7,000 pounds of supplies will be launching toward the International Space Station Thursday, and the public will have the chance to view it via broadcast.

NASA announced in a press release that Orbital ATK’s Cygnus spacecraft is slated to lift off of United Launch Alliance’s Atlas V rocket from Cape Canaveral Air Force Space Launch Complex 41 in Florida at 5:55 p.m. EDT, the start of a 30-minue window. The agency will broadcast the launch on NASA TV.

Orbital ATK is launching Cygnus under a Commercial Resupply Services contract with NASA, marking the fourth time the private American aerospace manufacturer will conduct a contracted mission to the International Space Station.  The company hasn’t launched a spacecraft since its unmanned Antares rocket exploded after liftoff in October 2014. It was the first disastrous launch to occur in NASA’s commercial spaceflight era.

Cygnus’ cargo will include crew supplies, materials for research, and vehicle hardware. The items will help to support a large number of approximately 250 science and research investigations, all of which will take place during International Space Station Expedition 45 and 46. Cell cultures, bacteria, and additional microorganisms will be studied using the science-oriented payloads. The first microsatellite to be sent from the space station is included in the shipment. Also being supported by the shipment are experiments pertaining to gases and liquids, the study of molten steel’s thermo-physical properties, and the assessment of flame-resistant textiles.

Some items simply stop working aboard the International Space Station. As a result, Cygnus will deliver a replacement Microsoft HoloLens device to be used for NASA’s Sidekick endeavor, a jet pack for spacewalks, and nitrogen and oxygen tanks.

Provided a successful launch takes place, Cygnus will reach the International Space Station on Dec. 6. NASA astronauts Kjell Lindgren and Scott Kelly would then use the station’s robotic arm to grab a hold of Cygnus at approximately 5:30 a.m. EDT. Cygnus will be at the station for more than a month, then will be sent toward Earth, where it will explode upon re-entry into the atmosphere.